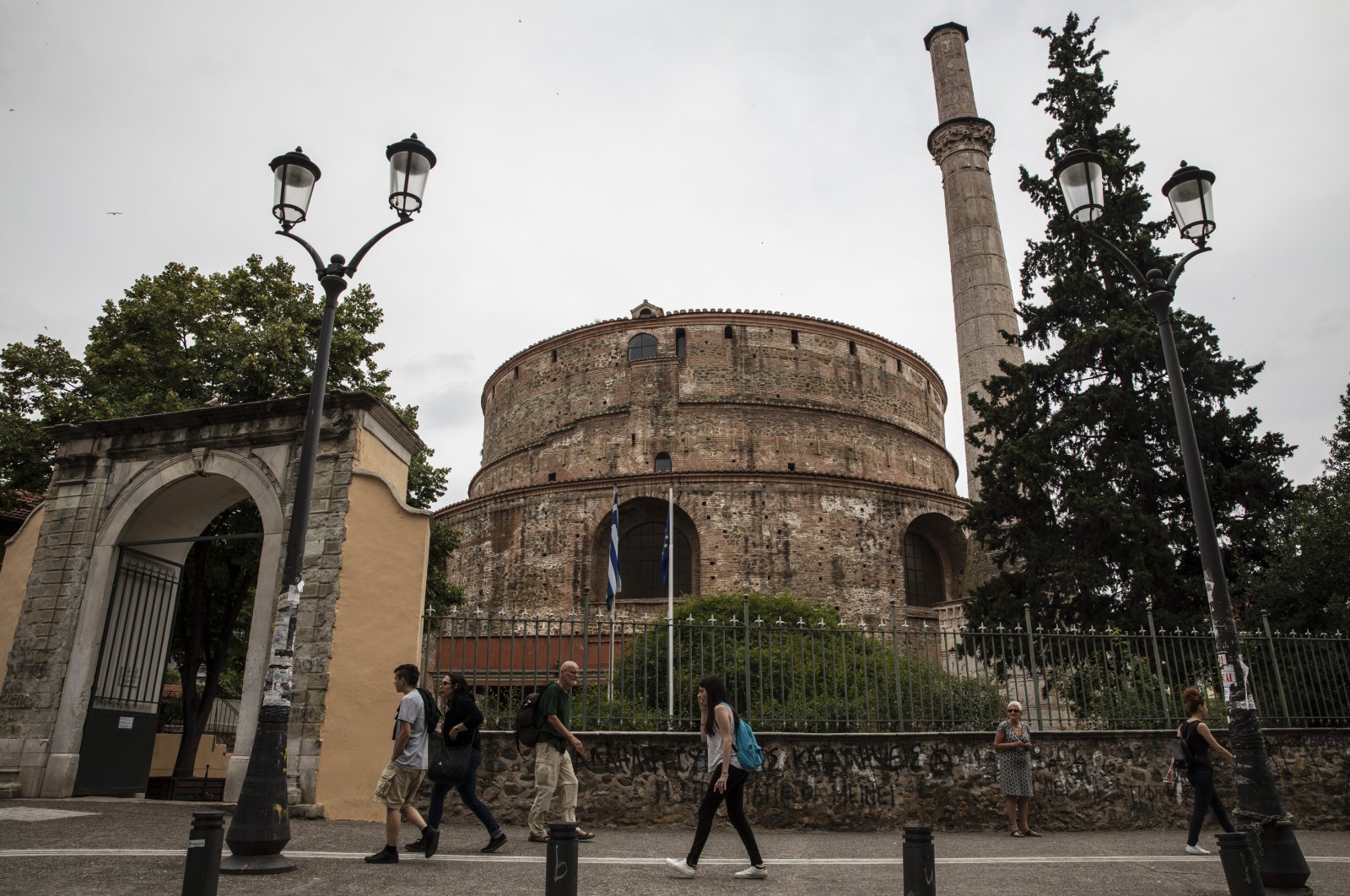 Ottoman monuments in Greece are being misused in a major blow to the country's historical heritage and the cultural heritage of its Turkish minority.

Moreover, dozens of mosques were closed to worship, while others were converted to churches. Many buildings abandoned since this time have fallen into ruin.

Ankara believes the Turkish minority living in Greece’s Western Thrace region continues to face systematic discrimination and obstacles due to their cultural, ethnic and religious identity.

For example, while the Turks living in Komotini (Gümülcine in Turkish) had previously elected their own muftis (Muslim legal experts who have the authority to rule on local family and inheritance matters), the Greek state has started appointing its own mufti in the area under new protocols.

Religion is not the only sphere targeted by the state, according to the Turks of Western Thrace, who say their schools are being shut down, damaging their efforts to protect their identity. Sixty-five Turkish-language schools have been closed down in the past eight years, with the latest closure occurring in the village of Kalamokastro.

The Fethiye Mosque in Athens, built by Mehmet the Conqueror in 1458, is currently being used as an exhibition hall. The city's Tzisdaraki Mosque has also been repurposed as a ceramics museum.

Meanwhile, in the country's second-largest city, Thessaloniki, the Hamza Bey Mosque – the oldest in the city – has been closed due to restoration work aiming to transform the building into a museum. The iconic building, which was constructed in 1467, was previously converted into a movie theater. The city's Alaca Imaret Mosque, which is very nearly just as old, has also been turned into a museum. Thessaloniki's Yeni Mosque – built in 1904 – has long been closed to worship, with its minaret having been destroyed after the city was incorporated into modern Greece. At present, the building serves as an exhibition hall of the municipality.

At the same time, the White Tower, one of the most important Ottoman monuments in Thessaloniki, is promoted as a "Byzantine work" and symbol of the city.

Mosques and historical buildings in many other Greek cities such as Ioannina, Larissa and Kavala are also suffering from the same fate. The Aslan Pasha Mosque in the city of Ioannina, the Veli Pasha Mosque in Rethymno and the Zincirli Mosque, built in the 16th century in Serres, have all been converted into museums.

The rights of the about 150,000 Turks of Western Thrace were guaranteed under the 1923 Treaty of Lausanne, a pact forged in the aftermath of the Turkish War of Independence. Since then, however, the situation has steadily deteriorated. After a Greek junta came to power in 1967, the Turks of Western Thrace began to face harsher persecution by the Greek state. Following Turkey's 1974 peace operation in Cyprus to save Turkish Cypriots there, the Greek military junta eventually fell, but tight restrictions on the Turkish minority have persisted. By the early 1990s, some minority rights were restored but only partially. Problems regarding collective and civil rights continue, however, and additional suffering has resulted.

One of the most pressing problems for the Turkish minority in Western Thrace is the denial of their ethnic identity by the Greek state. Greece recognizes the minority in Western Thrace only in terms of religion, that is to say as a Muslim minority. Greece bases this policy on its misinterpretation of the Treaty of Lausanne, as the treaty in no way excludes consideration of the minority's Turkish identity. Indeed, in the 1950s, during an era of relatively good Turkish-Greek relations, Greece used to officially refer to the minority as the "Turkish minority." This stance started to change after the 1967 military junta began referring to the group as a "Muslim minority," a policy that continues today.

Throughout the 1980s, Greece even banned associations that had the word "Turkish" in their names. The European Court of Human Rights ruled against Greece on this matter in 2008, but Greece has defied the rulings, refusing to implement the changes needed. Under this draconian policy, all Turkish minority associations that contain the word "Turkish" in their names remain forbidden in Greece.