Greece plans to extend fence on Turkish border against migrants 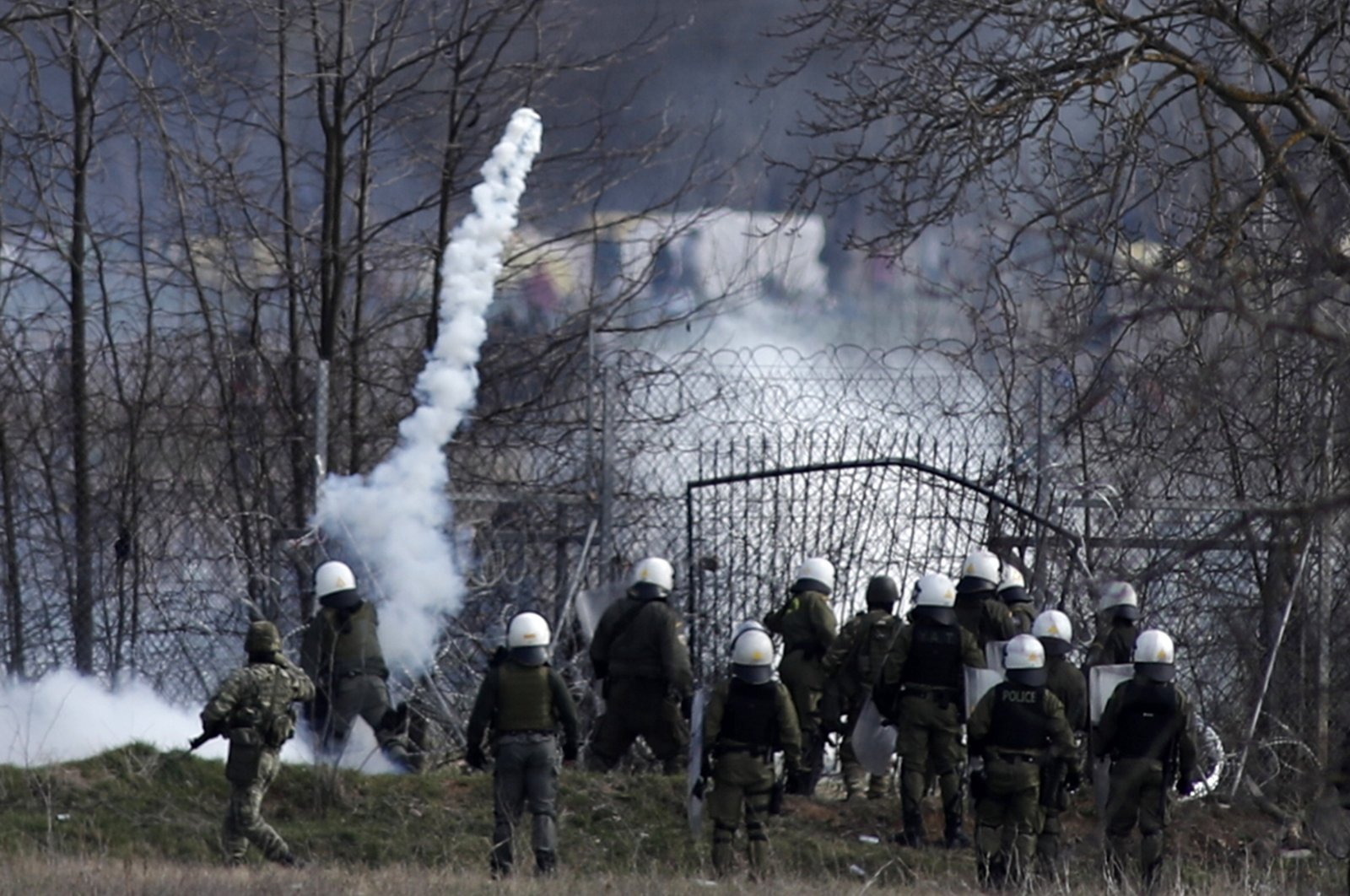 Greek police stand guard as migrants gather at a border fence on the Turkish side during clashes at the Greek-Turkish border, March 7, 2020. (AP Photo)
by Daily Sabah with Reuters Aug 25, 2020 11:35 am
RECOMMENDED

Greece will proceed with plans to extend a cement and barbed wire fence set up in 2012 along the country's northern border with Turkey to prevent migrants from entering the country, the Greek government said Monday.

The conservative government made the decision this year, spokesman Stelios Petsas said after tens of thousands of migrants and asylum-seekers tried to enter European Union member Greece in late February when Ankara said it would no longer prevent them from doing so.

Greece responded harshly to the undocumented migrants trying to enter the country after Ankara decided to open its borders, killing at least three and battering and tear-gassing many others, as verified by human rights groups.

The Greek government also suspended access to asylum for 30 days for people irregularly entering the country.

Such a suspension constitutes a violation of international law, as the Universal Declaration of Human Rights and the EU Charter of Fundamental Rights both guarantee the right to asylum.

The ongoing project led by four Greek construction companies will be completed within eight months at an estimated cost of 63 million euros ($75.4 million), Petsas told a news briefing.

The 12.5-kilometer (7.7-mile) fence was built eight years ago to stop migrants from crossing into Greece. It will be extended in areas indicated by Greek police and the army, Petsas said without elaborating. In March, he said it would be extended to 40 kilometers.

Greece has also been frequently criticized for its questionable practices and policies toward migrants and the inhumane conditions of its overcrowded camps.

Athens recently decided to deploy a floating barrier to stop migrants arriving from the Turkish coast off the island of Lesbos.

The area northeast of Lesbos has been chosen for the project, along a waterway used by hundreds of thousands of migrants attempting to enter the country from neighboring Turkey in recent years.

Rights groups have criticized the plan as potentially life-threatening to asylum-seekers and migrants in overflowing dinghies who often require immediate rescue.