Greece to deploy floating barrier in Aegean to block migrants 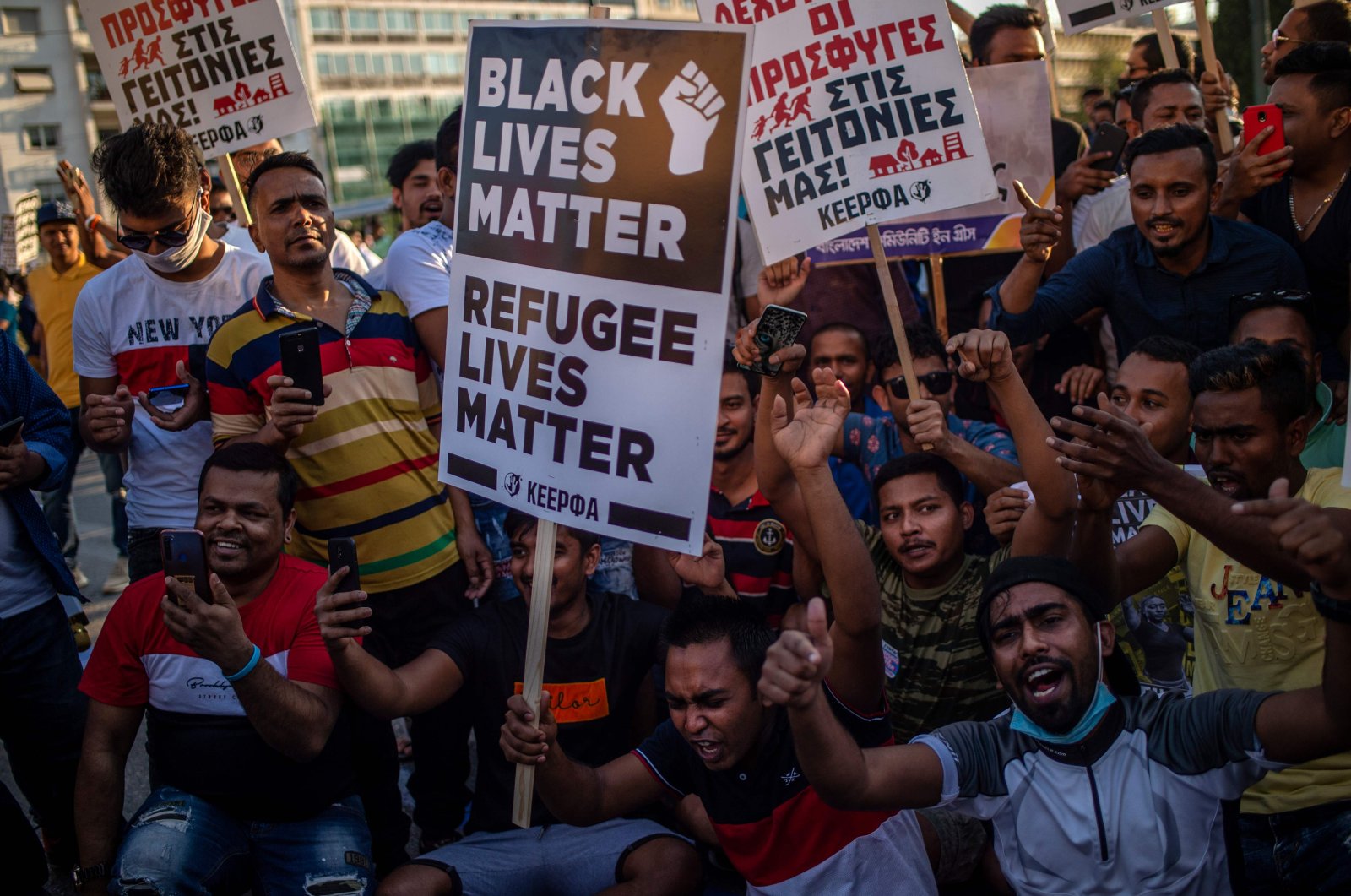 A protester holds a placard reading "Black Lives Matter, Refugee Lives Matter" during a demonstration to demand rights and housing for refugees and migrants in Greece, June 26, 2020. (AFP Photo)
by Daily Sabah with AFP
Jul 01, 2020 11:30 am

A floating barrier commissioned by the Greek defense ministry to stop migrants arriving from the Turkish coast is to be deployed off the island of Lesbos in the coming weeks, a ministry source said Tuesday.

The area northeast of Lesbos chosen for the project is one used by hundreds of thousands of asylum-seekers attempting to enter the country from neighboring Turkey in recent years.

The aim is to have the barrier in place by the end of August, the source told Agence France-Presse (AFP).

It will be equipped with lights to make it visible at a distance of 10 kilometers.

Rights groups have criticized the plan as potentially life-threatening to asylum-seekers in overflowing dinghies who often require rapid rescue.

A wire fence on Greece's land border with Turkey is also currently being expanded.

In late February, President Recep Tayyip Erdoğan said he would let migrants wishing to get to the European Union travel through the country.

Thousands of migrants flocked to Greece, many gathering in the Meriç border area or taking makeshift rafts to Greek islands.

Greece's response to migrants trying to enter the country without prior authorization after Ankara decided to open its borders was harsh, with at least three killed by Greek security forces and many others battered and tear-gassed, as verified by human rights groups.

Greece has been frequently criticized for its questionable practices and policies toward migrants and for inhumane conditions in the overcrowded camps. The Greek government also suspended access to asylum for 30 days for people irregularly entering the country. The suspension was a violation of international law, as the Universal Declaration of Human Rights and the EU Charter of Fundamental Rights both guarantee the right to seek asylum.

In 2016, Turkey and the EU agreed on a deal whereby Brussels would provide billions of euros in aid in exchange for Turkey curbing the flow of migrants.

But Ankara has repeatedly accused the bloc of not fulfilling promises made as Europe suffered its worst refugee crisis since World War II when over 1 million people fled to the continent in 2015.

Turkey has felt extra pressure as nearly 1 million people in Syria's northwestern province of Idlib fled toward the Turkish border during a recent Syrian regime assault backed by Russia and Iran, reiterating its calls for the international community to provide necessary humanitarian aid to migrants and refugees.