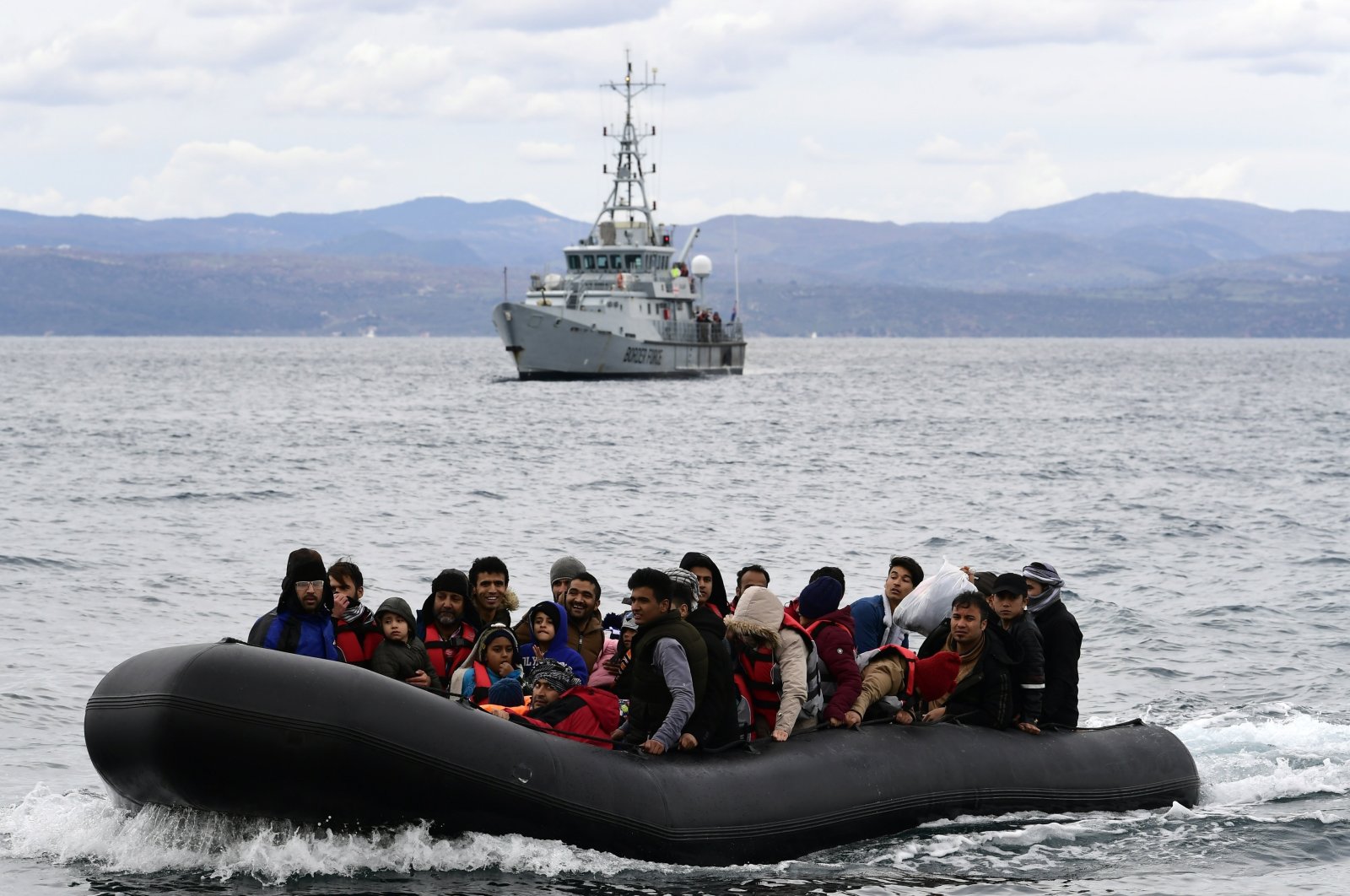 Migrants arrive with a dinghy accompanied by a Frontex vessel at the village of Skala Sikaminias, on the Greek island of Lesbos, after crossing the Aegean Sea from Turkey, on Feb. 28, 2020. (AP Photo)
by DAILY SABAH
Oct 19, 2020 3:59 pm

The Athens-based newspaper, Kathimerini, reported that the Greek administration will purchase 35 radars and 26 thermal cameras for uninterrupted observation of illegal migrants in the Aegean. The system will be called "Sea Borders Awareness." The article claimed that Greece's aim was to control the flow of irregular migrants.

According to the plan, the Greek coast guard and armed forces will benefit from the system. A new headquarters will be established in the country's Aegean command center.

The radars and cameras will detect all targets within a range of 48 nautical miles, a Greek official told the newspaper.

Athens has recently taken several steps to block migrants. It placed two Long Range Acoustic Devices (LRAD) near the Turkish border. LRADs are electronic tools that can deafen people with strong soundwaves. It also started building a wire wall near the Maritsa (Meriç) river. The administration will in addition put eight observation towers on the different spots of the wall.

Turkey and Greece have been key transit points for asylum seekers, refugees and migrants seeking to cross into Europe to start new lives, especially those fleeing war and persecution.

Ankara earlier this year opened its gates for irregular migrants wanting to cross into Europe, accusing the European Union of failing to keep its promises under a 2016 migrant deal.

Greece has been accused of mistreating and pushing back migrants from its borders, in violation of international law.