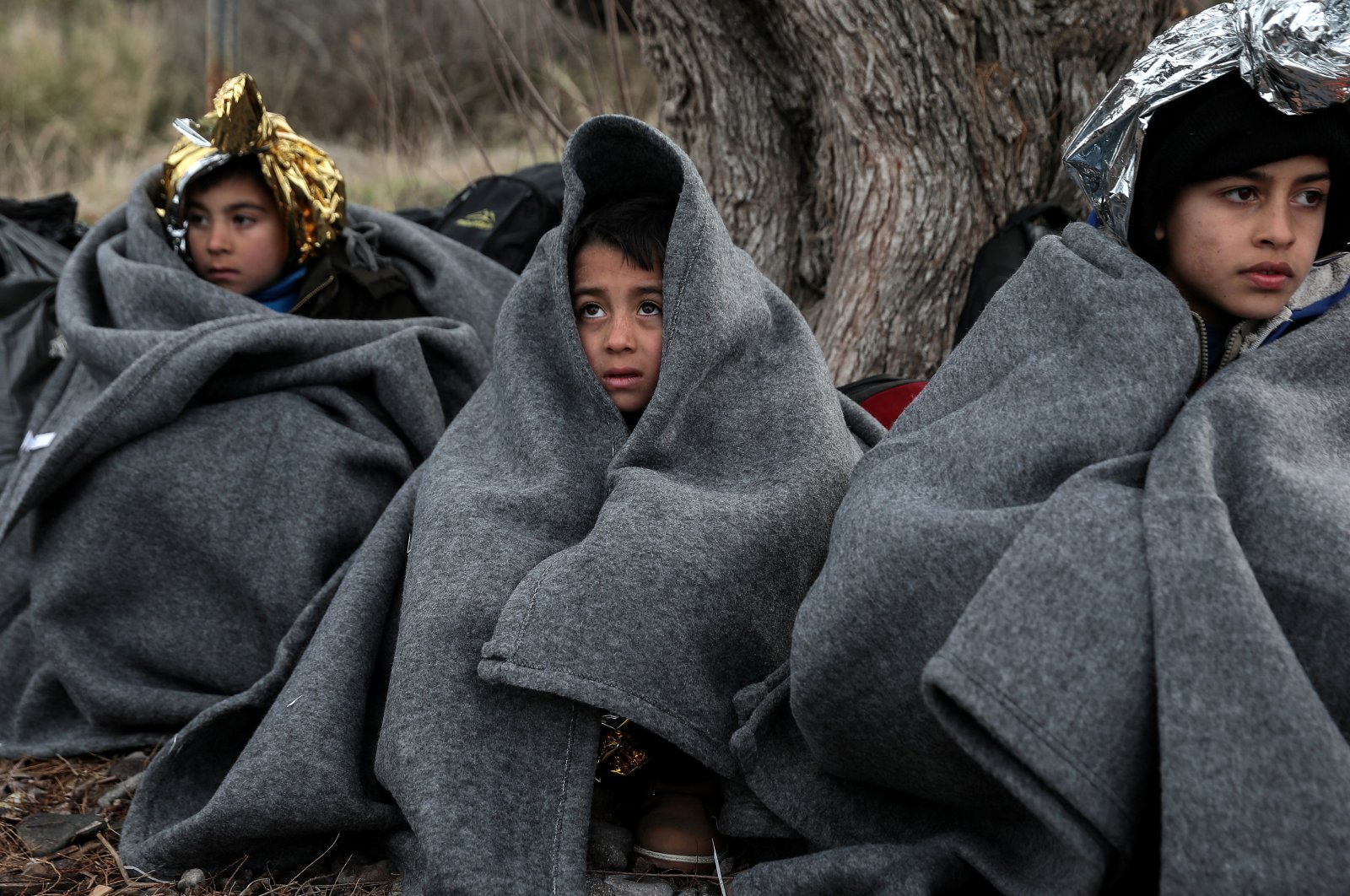 Children are covered with blankets and thermal blankets after migrants from Afghanistan arrived on a dinghy on a beach near the village of Skala Sikamias on the island of Lesbos, Feb. 28, 2020. REUTERS
by Anadolu Agency Mar 10, 2020 5:48 pm
RECOMMENDED

"Greece's decision to detain more than 450 people on a naval vessel and refuse to allow them to lodge asylum claims flagrantly violates international and European law," a statement by Human Rights Watch (HRW) said.

"The refusal to allow people in its custody to seek asylum and the open threat to send them back to their persecutors flies in the face of the legal obligations Greece has agreed to and the values and principles it claims to represent," said the statement quoting Bill Frelick, refugee and migrants' rights director at HRW.

He also called on Greece to allow people in need of international protection to apply for asylum.

"Greece has the right to control its borders and to manage any crossings into the country. Nevertheless, the Universal Declaration of Human Rights and the EU Charter of Fundamental Rights guarantee the right to seek asylum," the statement said.

"Denying people access to asylum is inhumane and illegal. It may violate the fundamental principle of non-refoulment, the practice of not forcing refugees or asylum seekers to return to a country where they are liable to be subjected to persecution," it added.

Thousands of migrants have since flocked to Turkey's Edirne province, which borders Greece and Bulgaria, to make their way to Europe.

The Greek reaction to the migrants has been harsh, with many battered, attacked or tear-gassed, and several killed by Greek forces.

With 3.7 million Syrian refugees in Turkey already, more than any other country in the world, Ankara says it cannot absorb another refugee wave.