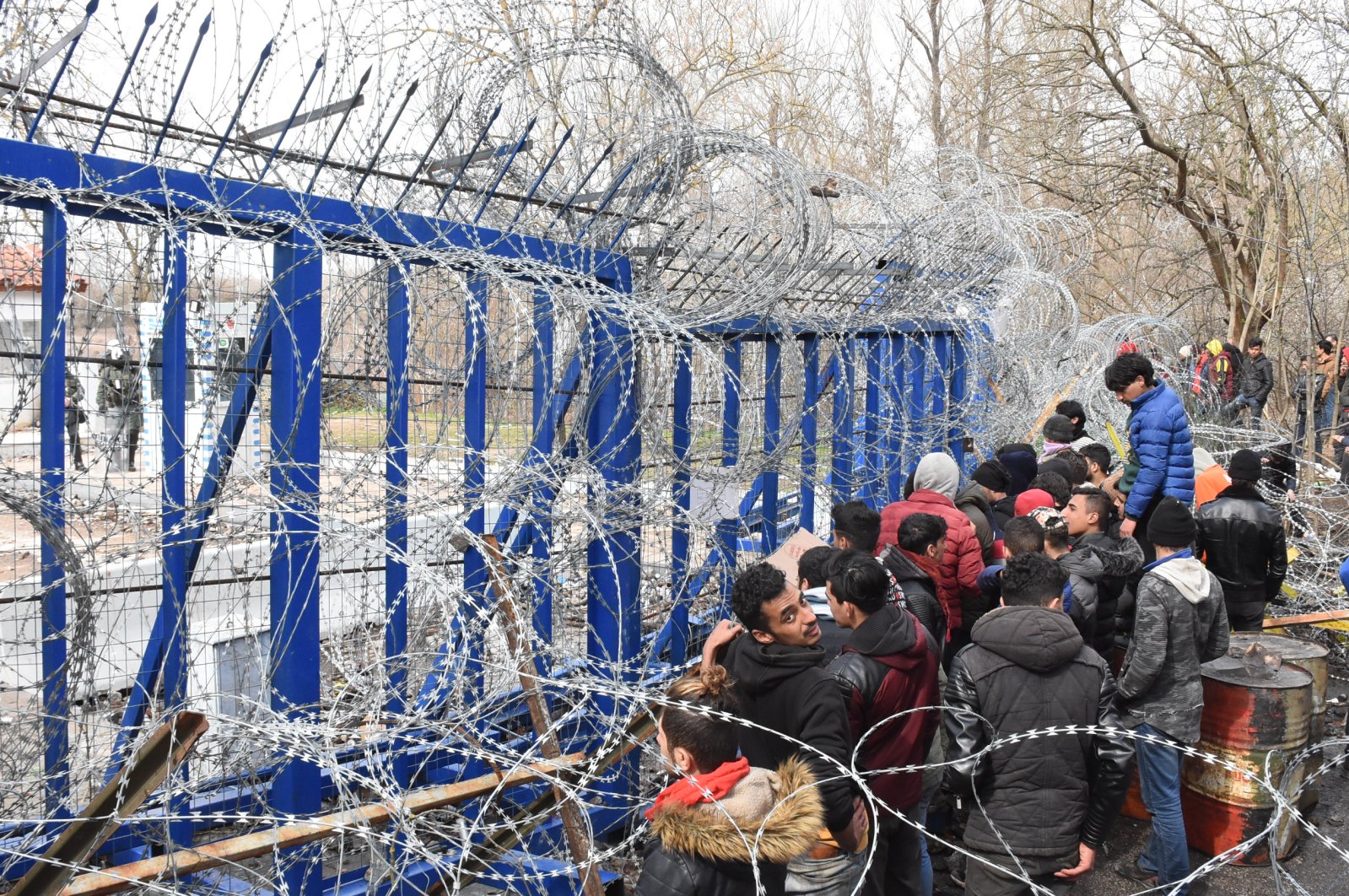 Four migrants have been injured in cases of violent interventions by Greek border forces, while dozens more are being treated for respiratory damage.

On Sunday, Greek border forces continued to push back refugees waiting in the buffer zone between the Pazarkule and Kastanies border gates. From their barricades in the buffer zone, Greek soldiers attacked migrants with plastic bullets, water cannons and tear gas grenades.

After the attacks, many migrants fled to the Turkish side, where the wounded received medical treatment at a camp hospital.

According to Edirne Health Directorate officials, three migrants have been killed and over 1,000 injured in the interventions of the Greek security forces. Migrants, who are deprived of basic essentials, have received food and clothing from locals in Edirne and Turkish organizations.

The migrants are staying in tents set up with their families, many having sustained breathing problems from the systematic gas attacks.

Turkey already hosts nearly 4 million Syrian migrants, more than any other country in the world, and says it cannot handle another wave.

Greece's response to migrants and asylum seekers trying to enter the country without prior authorization has been harsh, with at least three killed by Greek security forces and many others battered and teargassed.

Human Rights Watch has urged Greece and the EU to respect human rights in its response to Turkey’s new policy of allowing migrants and asylum seekers to leave its borders on their way to the bloc.