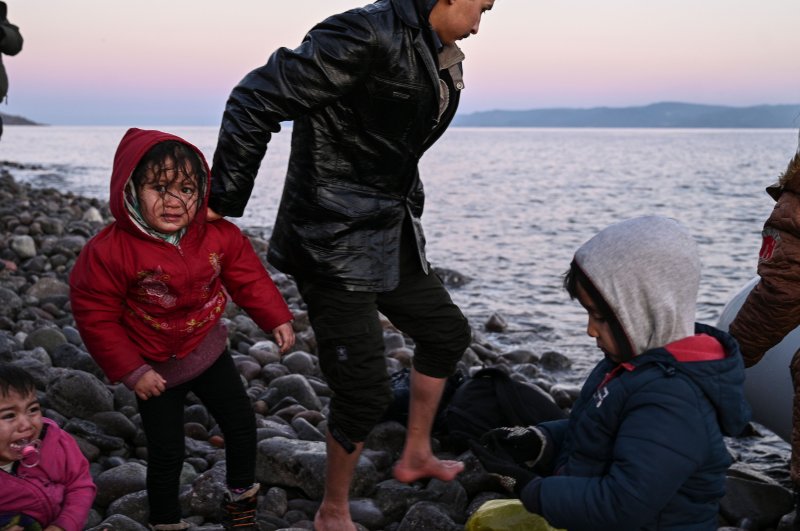 Thousands of migrants flocked to Edirne's Pazarkule border crossing and to the Aegean coast to Greece after Turkish officials announced the opening of borders, March 2, 2020. (AFP Photo)
by DAILY SABAH
Mar 02, 2020 3:22 pm

Amid heightened tensions on the Turkish-Greek border between migrants trying to cross to Europe and the Greek security aiming to prevent them, several rubber boats were targeted by Greece with the hope that they would sink.

“They opened fire afterward. Later on, irregular migrants in the rubber boat were hit by long sticks used for maneuvers,” the official said. “Migrants, who were left in a tight spot in the sea by the Greek Coast Guard, were saved by a Turkish Coast Guard boat.”

As a “measure” against the crossings, Greece border police use tear gas and stun grenades. The police also arrested dozens of refugees for attempting to enter the country.

Thousands of migrants on Monday tried to find a way across Turkey's land border into Greece, which has made clear its borders will remain closed. Dozens managed to pass through either border fences or fording the river there. As Greek police fired tear gas, a group of several hundred holding white flags shouted “peace, peace,” asking to be let into Greece. Others were trying to reach Greek islands from the coast of Turkey.