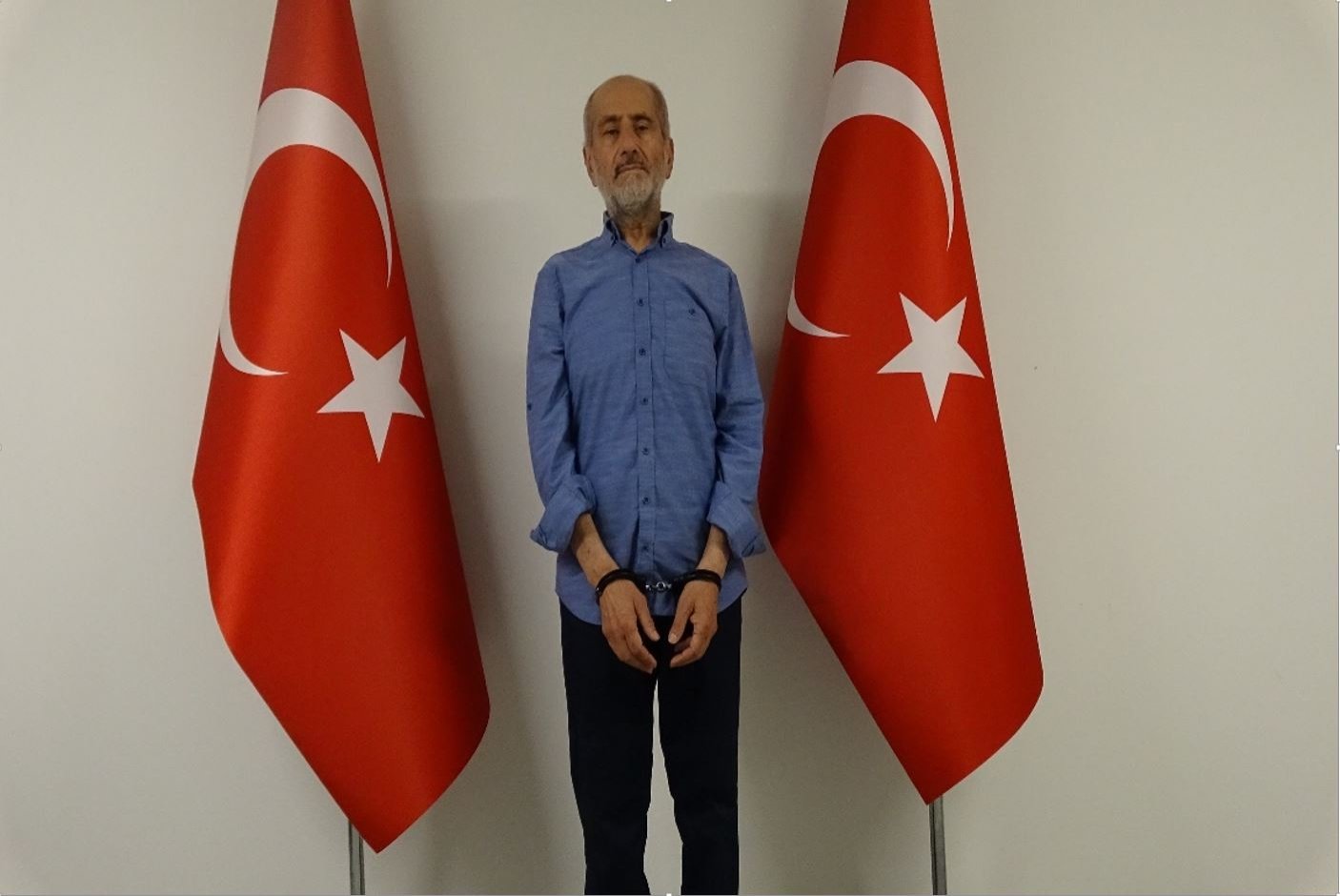 According to information received from security sources, MIT found through its investigations that the EYP used Greek citizen Muhammed Amar Ampara to spy on Turkey.

It was determined that Ampara presented himself as a businessman during his travels to Turkey and engaged in espionage under the guise of trade.

The suspect has been arrested, the Gaziantep police announced on Sunday.

Furthermore, the suspect compiled information about the Turkish Armed Forces (TSK) elements on the border and transferred it to Greek intelligence. Ampara also conducted research on Syrians in Turkey and businesspeople in Greece who support the Gülenist Terror Group (FETÖ) – all in line with the EYP's instructions.

The arrest comes amid renewed tensions between Turkey and Greece. The neighbors and NATO allies have a history of disputes over a range of issues, such as mineral exploration in the Eastern Mediterranean and rival claims in the Aegean Sea.

President Recep Tayyip Erdoğan earlier this month said that he would no longer hold bilateral meetings with Greek leaders as provided for in a 2010 agreement between the two sides.

Recent quarrels have focused on the Greek islands off Turkey’s Aegean coast, with Ankara accusing Athens of building a military presence in breach of treaties.

Turkey is demanding that Greece demilitarize its eastern islands, citing the 20th-century treaties that ceded sovereignty of the islands to Greece.

Starting from the Treaty of London in 1913, the militarization of the eastern Aegean islands was restricted and their demilitarized status was confirmed with the signing of the Treaty of Lausanne in 1923. The Lausanne pact established a political balance between the two countries by harmonizing vital interests, including those in the Aegean.

However, Greece argues that the 1936 Montreux Convention on Turkish Straits should be applied in this case, while Ankara says Greece's obligation to disarm the islands remains unchanged under the Montreux Convention, highlighting that there is no provision that differentiates it from the Treaty of Lausanne on the issue.

Turkish leaders have repeatedly stressed that Ankara favors resolving outstanding problems in the region through international law, good neighborly relations, dialogue and negotiations. Instead of opting to solve problems with Ankara through dialogue, Athens has, on several occasions, refused to sit at the negotiation table and opted to rally Brussels to take a tougher stance against Turkey.

Meanwhile, in an article published in Al-Jazeera, Communications Director Fahrettin Altun said that some politicians in Greece target Turkey to divert attention from their strategic failures and gain political support within their country.

In his article, Altun evaluated the recent tension in the Aegean, which the Communications Directorate says has escalated due to the steps taken by Greece.

"Some politicians in our neighborhood have a bad habit of using Turkey as an easy target to divert attention from their strategic failures and gain political support within the country. We once more stress to our NATO ally and neighbour that these approaches are bound to further strategic failure," Altun said.

"Continuously escalating hostility in the Aegean Sea serves no one's benefit. The cost of this tension keeps increasing for the aggressor," Altun said.

"Despite numerous irresponsible moves taken by Greece against Turkey, Turkey is dedicated to finding solutions through diplomacy and dialogue," he added.

Turkey also recently criticized the European Union’s “biased” stance against the country over the bloc taking EU member Greece's side.

On Friday, Ankara slammed a series of decisions taken at an EU summit on the Aegean and Mediterranean.

The decisions adopted at the end of a two-day leaders' summit in Brussels are prejudiced, myopic and erroneous, the Turkish Foreign Ministry said in a statement.

Citing several Greek policy positions and actions, including its claim to 10 nautical miles (18.5 kilometers) of national airspace, the militarization of Aegean islands near the Turkish coast and Athens' pushbacks of asylum-seekers, the statement underlined that the EU's silence on these issues contributes nothing to their resolution and harms regional stability.

"Although Turkey maintains its stance on the side of international law and good neighborly relations, reciprocating to this with a strategy of deliberate tension and escalation is a prime example of insincerity," it said.

The ministry also warned the EU about following biased policies toward Turkey.

"The EU must already comprehend that the benefits that will be brought about by Turkey’s accession process and the cooperation between Turkey and the EU must not be taken hostage by and sacrificed to the narrow-minded, unlawful and maximalist claims of Greece and Greek Cypriot Administration. Essentially, the EU's general interests necessitate this," it said.