Haftar forces call on Egypt to intervene in Libya 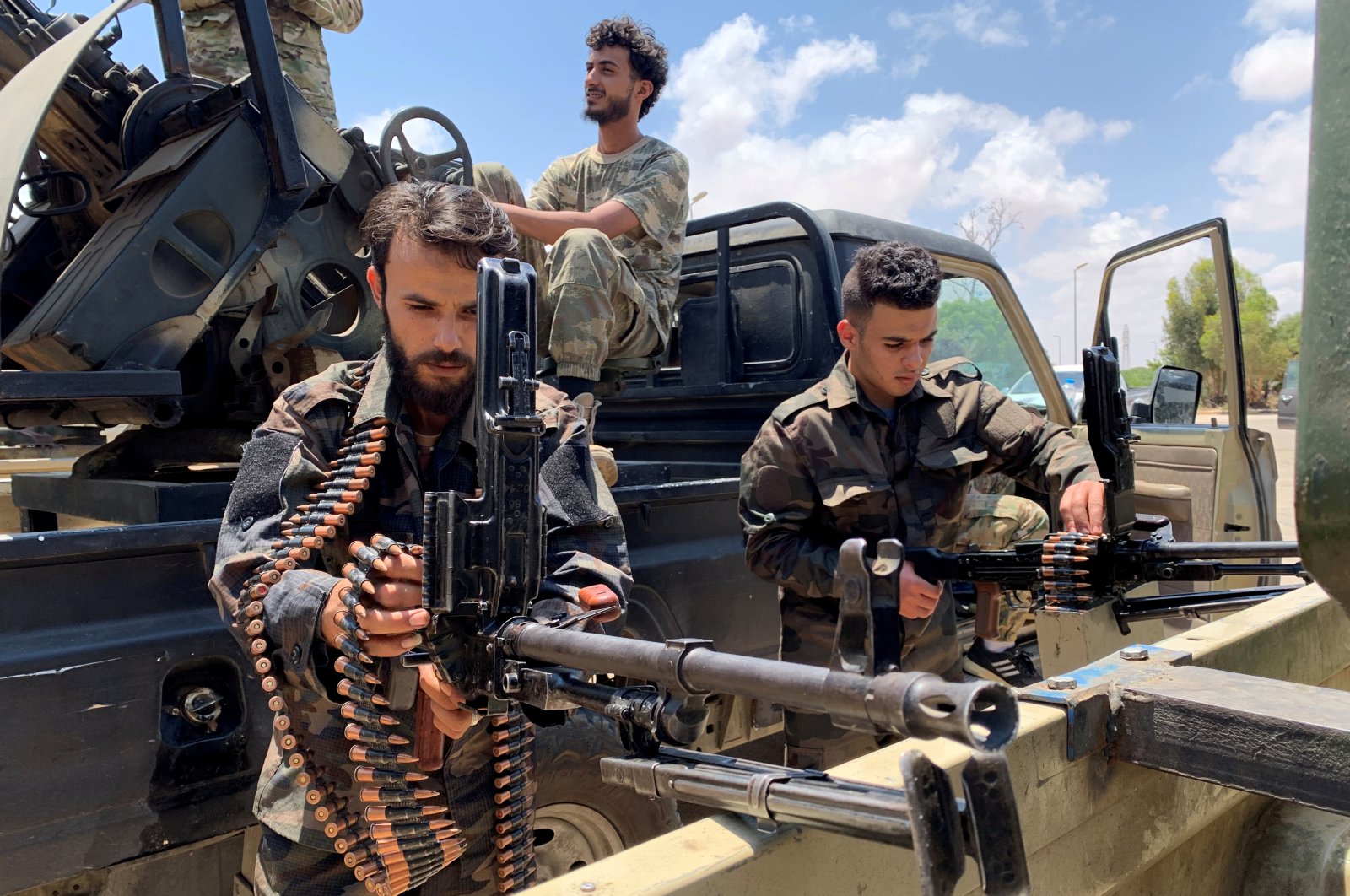 Libya's eastern-based parliament loyal to putschist Gen. Khalifa Haftar has called for Egypt to directly intervene in the country's civil war to counter Turkish support for the internationally recognized Government of National Accord (GNA), based in the capital Tripoli.

In a statement late Monday, the House of Representatives based in the eastern port of Tobruk authorized "Egyptian armed forces to intervene to protect the national security of Libya and Egypt if they see an imminent danger to both our countries.”

The statement underscores the growing stakes in Libya, where battlelines solidified earlier this month near the city of Sirte after the Turkey-backed GNA drove the self-declared Libyan National Army (LNA) back from a yearlong assault on Tripoli.

Libya has been divided between the GNA in Tripoli and a rival eastern administration in Benghazi since 2014, the latter force commanded by Haftar. There is also a separate House of Representatives based in Tobruk.

Any major new escalation could risk igniting a direct conflict in Libya among the foreign powers that have already poured in weapons and fighters in violation of an arms embargo. Haftar is backed by the United Arab Emirates, Russia and Egypt.

Egyptian President Abdel-Fattah el-Sissi has already warned that the country's army may enter Libya if the GNA and its Turkish allies renew an assault on Sirte, a central coastal city seen as the gateway to Libya's main oil export terminals.

Control over oil, the main source of state revenue, has emerged as the biggest prize in the conflict, with eastern forces having imposed a blockade on production and exports since January.

Under international agreements, only the National Oil Corp (NOC) based in Tripoli has the right to produce and export oil, while revenues must flow to the Central Bank of Libya, also located in the capital.

On Friday, international diplomacy led by the United Nations and the U.S. appeared to have resulted in an end to the oil blockade when a first tanker was allowed to dock at As Sidr and load with oil from storage.

However, the LNA on Saturday said it was reimposing the blockade, a decision that the oil company NOC blamed on the UAE. The UAE said it wanted a swift resumption of Libya oil exports but only if certain conditions were met.