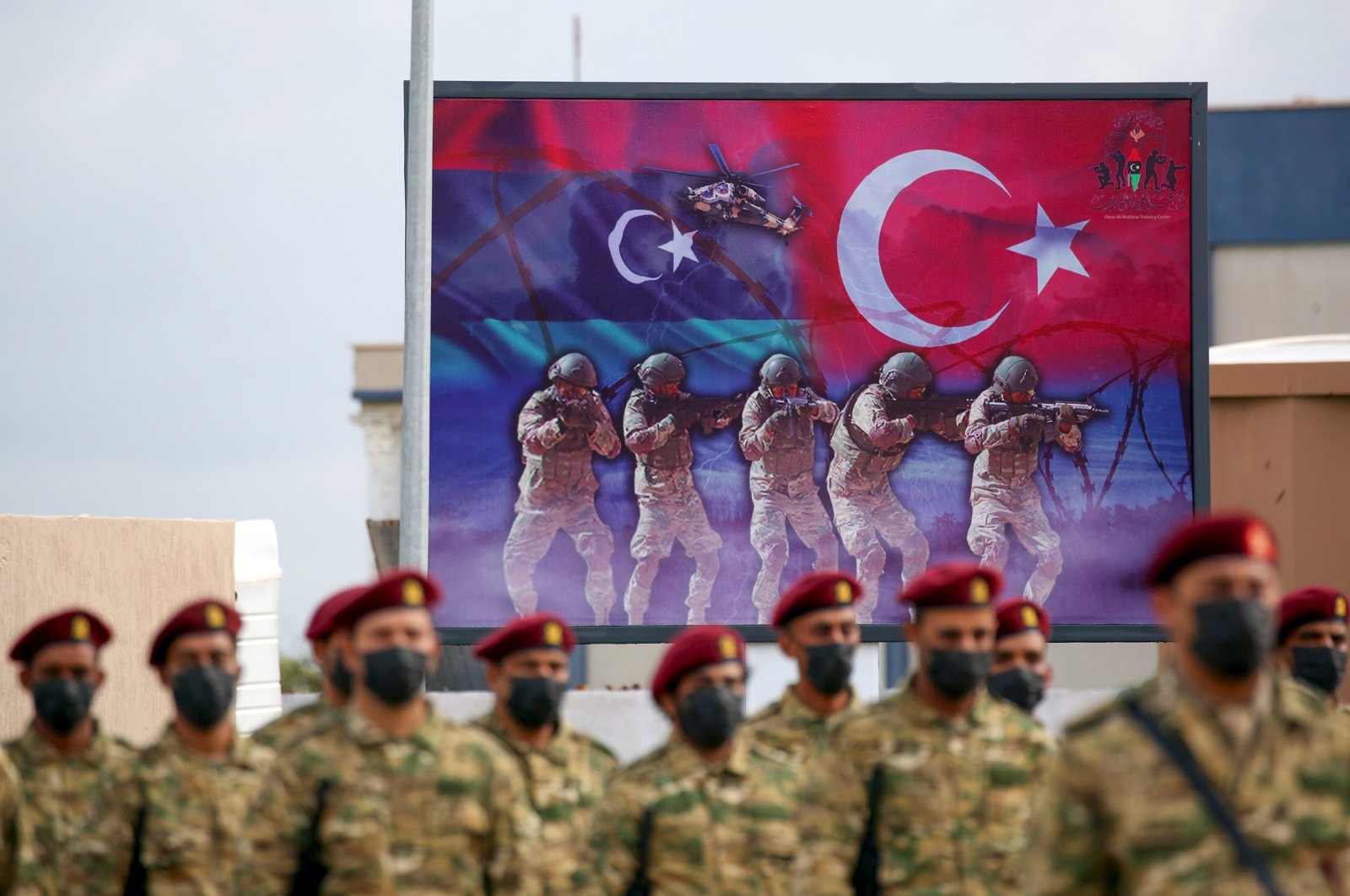 The Libyan Army on Saturday stated there was military buildup around the northern province of Sirte and central Jufra as well as southern regions by forces loyal to putschist Gen. Khalifa Haftar.

Abdulhadi Dirah, a spokesperson for the Libyan Army's Sirte-Jufra Joint Operations Unit, told Anadolu Agency (AA) that a Russian cargo plane landed in Sirte's Qardabiya Air Base Saturday morning. The army further determined that 23 armored vehicles and two trucks loaded with ammunition were headed toward the country's south from Jufra.

Dirah underlined that this deployment proved Haftar's forces were continuing to pursue war and give Haftar power over the country.

Forces loyal to the U.N.-recognized Government of National Accord (GNA) based in Tripoli and its rival, Haftar, formally agreed on a cease-fire in October. The deal included the departure of foreign forces and mercenaries from Libya within three months, after Haftar's failed offensive on the capital launched in April 2019.

Following the cease-fire deal, rival sides agreed to work on a mechanism to choose a transitional government that would lead the conflict-stricken country to national elections next year.

Libya's Defense Minister Salahuddin Namroush, however, voiced serious doubts that elections could be held in December 2021, as agreed upon during the recent U.N.-led Libyan Political Dialogue Forum (LPDF). Speaking to France 24 on Friday, he also ruled out the possibility Haftar would have a role in a future political agreement, underlining that he is a war criminal and should be in jail.

Namroush said the Tripoli-based internationally recognized government was ready to engage in talks with the other side, to forge a political solution "on the condition that Haftar is sidelined once and for all."

The Libyan minister said the government would withdraw from a cease-fire agreement and the 5+5 joint military committee if Haftar continued his violations of the deal.

The 5+5 joint military committee was formed in February from both warring Libyan parties, which resulted in a cease-fire agreement in October under U.N. mediation.

Last week, the Libyan government accused Haftar of violating the cease-fire by launching an attack on a military camp in the southern town of Awbari.

Namroush also described France’s yearslong support for the warlord as a “shame,” adding that he hoped the situation would change.

Speaking on Libya's relations with Turkey and France's criticism of Ankara's presence in the country, Namroush highlighted that Turkey is a strategic partner of the GNA. Turkey is clear and open while Haftar conducts his agreements and arrangements with his foreign backers in secret, the defense minister pointed out.

While Haftar has been mainly supported by the United Arab Emirates (UAE), France, Egypt and Russia; Turkey and Qatar have been the main backers of the GNA. Italy also signed an agreement with the GNA last week to collaborate in defense training, health care and demining activities.

"We agreed with Italy to cooperate in the fields of military training, experience sharing, support, development, maintenance and consultancy," Namroush said in a statement after the signing ceremony in Italy's capital Rome.

Meanwhile, the Turkish Armed Forces (TSK) continue to provide military training, humanitarian aid and consultancy for the Libyan Army under a similar memorandum of understanding (MoU) between Turkey and Libya signed in November 2019.

"Our military training, clearing of mines and improvised explosive devices (IEDs), consultancy in health, humanitarian aid continue according to international law and the bilateral agreements we signed with the U.N.-recognized legitimate government," the Turkish Defense Ministry said Sunday in a written statement.

The MoU involves technical information, support, development, maintenance, repair, planning and material support, training and consultancy services regarding the use of weapons systems and equipment.