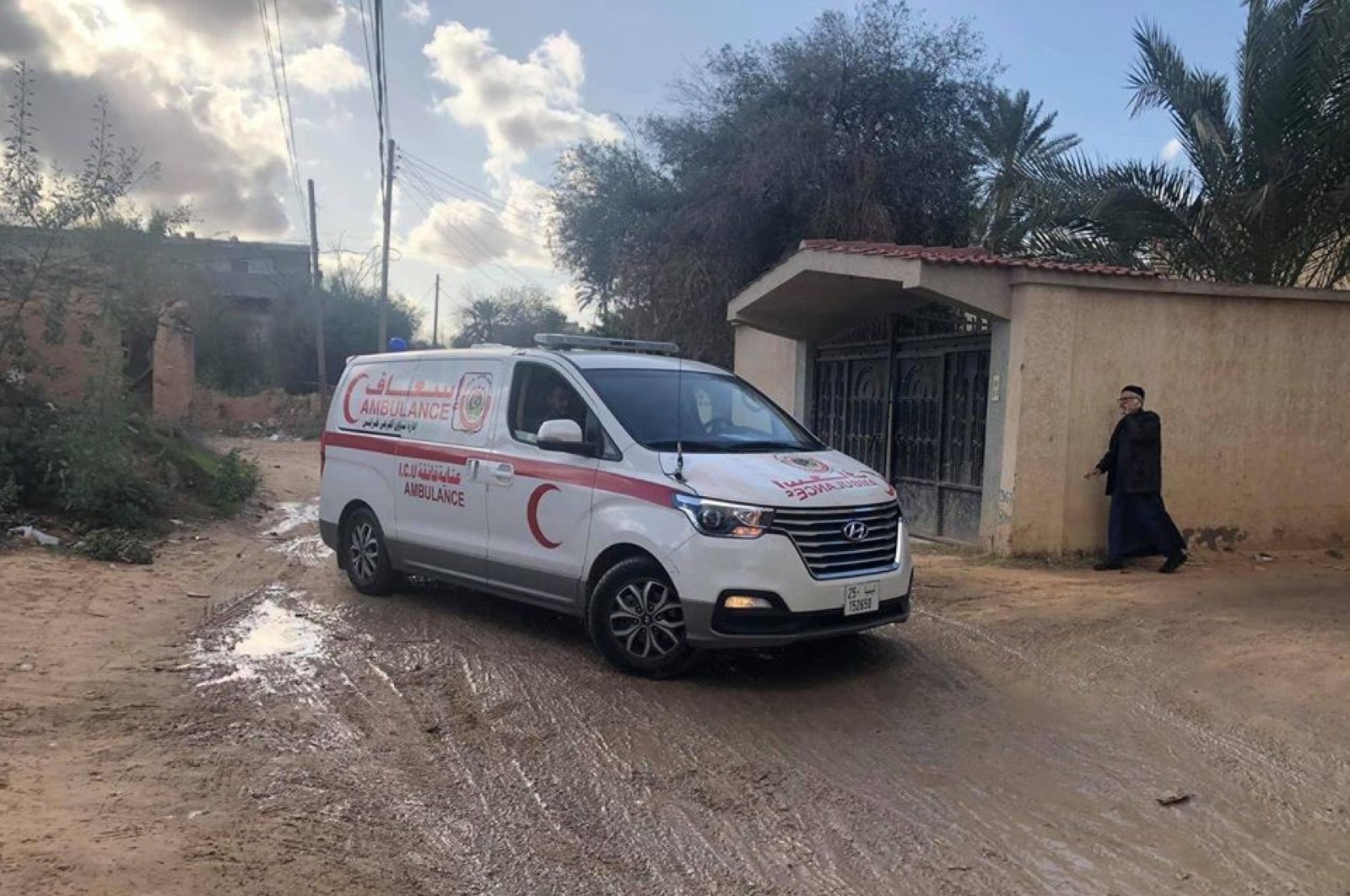 2 civilians died while four others were injured in attacks by forces loyal to Haftar in Libya, March 8, 2020 (IHA Photo)
by DAILY SABAH Mar 09, 2020 10:25 am
Edited By Dilara Aslan
RECOMMENDED

Two civilians have been killed and four others wounded in renewed mortar shelling and Grad rocket attacks by forces loyal to putschist Gen. Khalifa Haftar on Souq al-Jumua and Arada in the Libyan capital of Tripoli on Sunday, defying the peace process initiated at the Berlin conference.

The number of casualties and the death of a man and a woman was confirmed by the media office of the Burkan al-Ghadab (Volcano of Rage) forces of the U.N.-recognized Government of National Accord (GNA).

The GNA Health Ministry on Feb. 27 announced that attacks on civilian settlements by Haftar militia had killed 21 and wounded 31 within 41 days.

Haftar's forces have been increasing their attacks on civilians in Tripoli, especially in Souq Al-Jumua, Sherfat al-Mallaha and around Mitiga Airport, causing a massive wave of displacement.

Earlier Saturday, the GNA's Libyan Army spokesman Mohammad Qanunu announced that they have destroyed a Haftar forces' ammunition depot for heavy weapons, in retaliation against attacks launched on civilians. The depot in Qasir Benghashir housed ammunition used to randomly bomb neighborhoods around Tripoli. He added that Volcano of Rage forces would respond to any attacks by Haftar militias. He called on all Libyans to stay away from the areas where Haftar's forces are located in southern Tripoli.

Violations of the fragile truce have continued since the cease-fire was announced in early January, with Haftar forces regularly conducting attacks on civilian settlements, the port and the civilian airport. The U.N.-brokered political talks, on the other side, seem to have stalled as no result was reached in the recent negotiations while the U.N. special envoy for Libya also resigned.

On Jan. 12, parties in Libya announced a cease-fire, following the Berlin conference on Jan. 19, in response to a joint call by the leaders of Turkey and Russia. But two days later, talks for a permanent cease-fire stagnated, after Haftar stormed out of Moscow talks without signing a deal.

Three tracks were identified to implement the agreement reached in Berlin with Resolution 2510. The Economic and Financial track is ongoing and will be clarified in a meeting on March 15. The second, regarding the military, ended last week. Also referred to as the five-plus-five track, this includes a draft proposal for the two sides to be discussed with officials. The third track, the political one, was launched on Feb. 26 and was inconclusive.

Since the ousting of late ruler Moammar Gadhafi in 2011, two seats of power have emerged in Libya: one led by Haftar in eastern Libya, supported mainly by Egypt and the United Arab Emirates, and the GNA in Tripoli, which enjoys U.N. and international recognition.