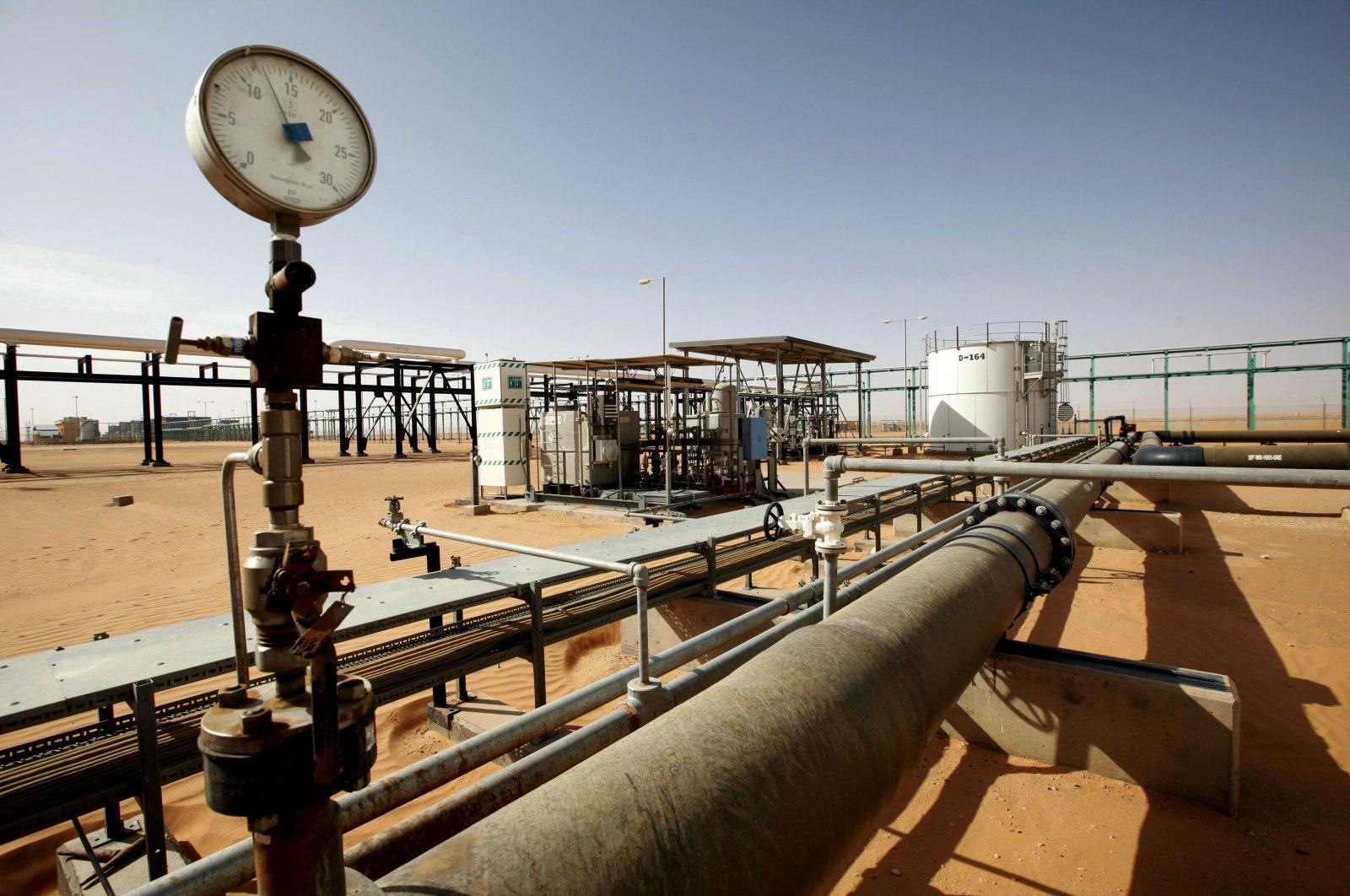 Friday's loading of a first tanker since January with oil from storage led the NOC to lift force majeure on all exports, though it warned that damage to fields meant it would take a long time to fully restore production.

Libya holds Africa's largest amount of crude reserves, but years of conflict in the country since the 2011 ouster of ruler Moammar Gadhafi have hobbled production and exports.

Since 2014, Haftar's militias have been targeting oil fields, which represent the lungs of the Libyan economy, aiming at pressuring its rivals in the U.N.-supported government in the capital, Tripoli, in the country's west.

According to the 2020 Humanitarian Needs Overview, 897,000 people are in need of humanitarian assistance, while 317,000 of those need food assistance.

Even before the conflict erupted, 80% of the population’s food requirements were imported, as the harsh natural environment severely limited agricultural production. With Haftar’s offensive and attacks on civilian settlements, as well as its disruption of oil production, the country descended into more chaos. The lack of revenue has led to a severe economic crisis in Libya. The country is facing high inflation, depreciation of the local currency and a rise in public debt.

However, regardless of the economic suffering of the Libyan people, LNA spokesman Ahmed Mismari said in an online statement that the country's oil fields and ports were "closed until the orders of the Libyan people were implemented," laying out conditions to lift the blockade.

Under existing arrangements backed by the United Nations, oil is produced and exported by the NOC with revenues flowing to the Central Bank of Libya. Both institutions are based in Tripoli, yet the money funds public bodies and the salaries of state employees in all parts of the country across front lines.

Mismari demanded that revenue should flow into a new bank account outside Libya to be distributed between regions, that it should not fund what he called "terrorists and mercenaries" and that an audit of central bank accounts should be undertaken to investigate past spending. The LNA routinely describes the forces of the U.N.-backed unity government as "terrorists."

The country's largest oil and gas facilities, such as Sidra, Ra’s Lanuf, Brega and Zueitine, are located in the war-torn east of Libya on the Mediterranean coastline. The production in the area accounts for 60% of oil exports in the country.

Since the ouster of Gadhafi, two seats of power have emerged in the country – Haftar in eastern Libya supported mainly by Egypt, Russia, France and the United Arab Emirates, and the other in Tripoli, which enjoys United Nations and international recognition. Haftar and his forces launched an offensive in April 2019 to seize the capital from the U.N.-backed government, causing the death and displacement of thousands. However, the legitimate Government of National Accord in the capital Tripoli was able to thwart the warlord’s offensive, driving his forces out of key locations and provinces recently.

The government launched Operation Peace Storm this March to counter Haftar's attacks on Tripoli while it now eyes the strategic Sirte, a coastal city and gateway to the country's key oil fields in the east which Haftar’s backers described as their “red line.”

Sirte, located 450 kilometers (280 miles) east of Tripoli, briefly served as a stronghold for the Daesh terror group, before being liberated by the GNA in 2016. It fell last January into Haftar's forces.