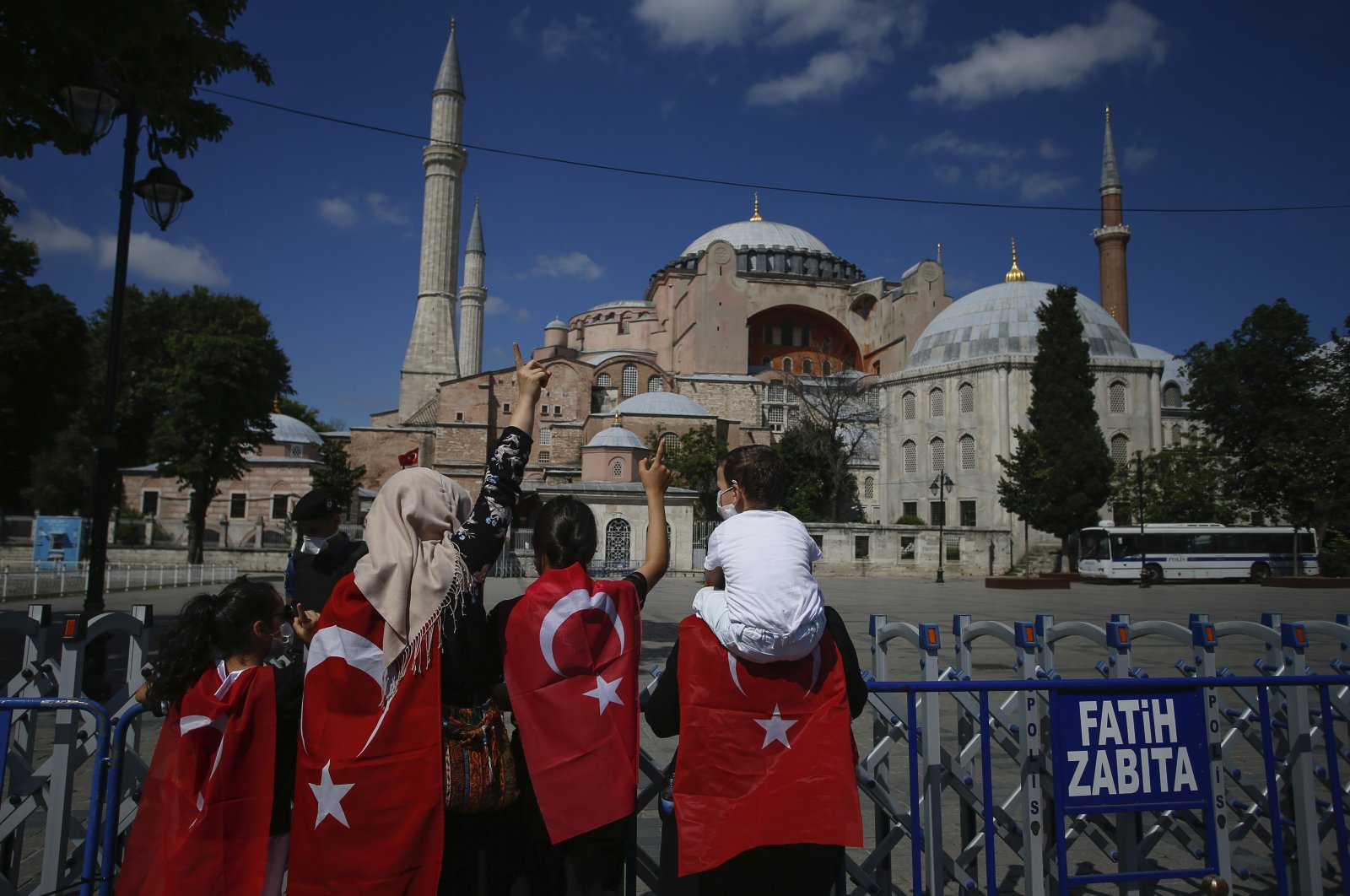 President Recep Tayyip Erdoğan highlighted on Sunday that Hagia Sophia's place in Turkey’s collective memory is “irreplaceable,” amid the structure's recent reversion to a mosque.

Speaking in an exclusive interview with Turkey's Kriter Magazine, the president highlighted Ankara's mission in Libya, the Eastern Mediterranean, the fight against terrorism, measures against the coronavirus and more.

“This is a structure that hosted Mehmet the Conquerer’s first Friday prayer when he conquered Istanbul and then converted it to a mosque as a symbol of that conquest,” the president said regarding the Hagia Sophia, which is why his society puts such a high value to it, he explained.

Stating that the World Heritage Site’s conversion to a museum back in 1934 “hurt” the Turkish people, Erdoğan said the Council of State’s decision to allow him to revert it to a mosque is a move to “revive the public consciousness.”

“The reactions from both inside and outside the country have no value to us. No one has a say over the Hagia Sophia’s status except the Turkish nation,” he said, underlining that this is a domestic matter and that foreign countries must respect the decision.

Turkey’s top administrative court on Friday annulled the 1934 government decree that turned the Hagia Sophia into a museum. The long-awaited ruling opened the way for Istanbul’s iconic structure to be used as a mosque.

The Hagia Sophia, one of the world’s most important historical and cultural heritage sites, was built in the sixth century during the reign of the Byzantine Empire and served as the seat of the Greek Orthodox Church. It was converted into an imperial mosque with the Ottoman conquest of Istanbul in 1453. The structure was converted into a museum during the strictly secular single-party rule in 1935, but there had been discussions about reverting it to a mosque, with public demand to restore it as a place of worship gaining traction on social media.