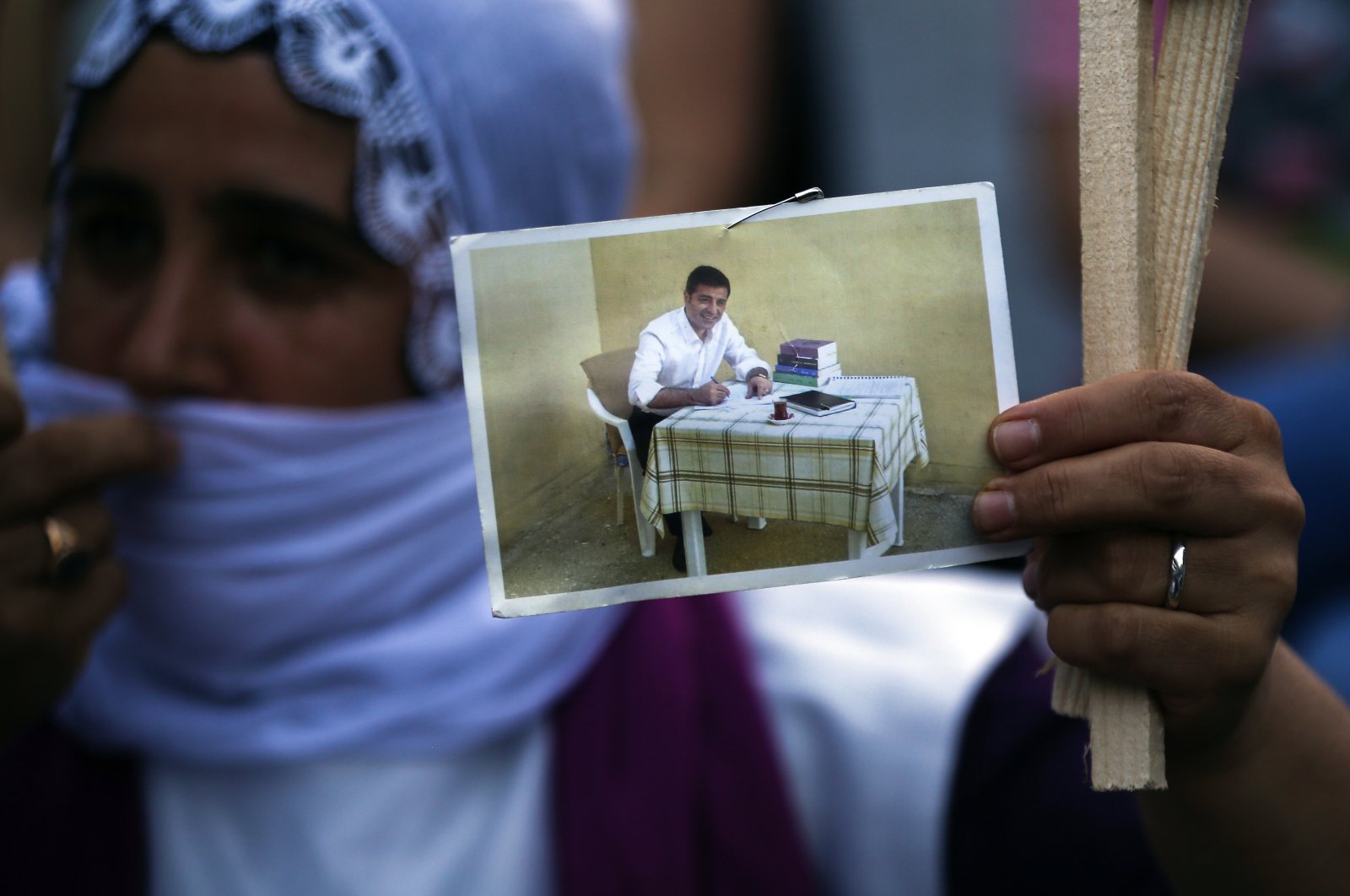 A supporter of pro-PKK People's Democratic Party (HDP), holds a picture of the party's former co-leader Selahattin Demirtaş, as she participates in a rally in Istanbul, Thursday, June 18, 2020. (AP Photo)
by Daily Sabah with Wires Jun 23, 2020 5:55 pm
RECOMMENDED

The AYM ruled on Friday that the rights of Demirtaş have been violated.

“Justice is not about acquitting criminals, but doing whatever the law dictates,” he said.

Selahattin Demirtaş has been in jail since 2016 on terrorism-related charges. He faces a sentence of up to 142 years in jail if found guilty in the main case against him.

The court's decision said his detention had exceeded a reasonable period and his right to freedom had been violated. It also ordered compensation of TL 50,000 ($7,300) to be paid.

However, media reports said the ruling would not lead to his release due to a separate investigation and arrest order.

A court ruled last September that Demirtaş should be released while his main trial continues. The Constitutional Court ruling concerns the detention for this period.

Prosecutors then launched a new investigation and requested his arrest again after the lifting of the previous detention order. Demirtaş denies the charges against him.