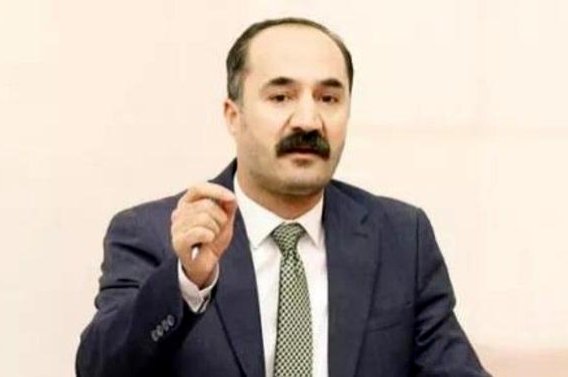 The Peoples’ Democratic Party (HDP) Disciplinary Committee on Friday launched a probe that could lead to the discharge of a lawmaker who beat his wife, as more details of the incident surfaced in the media.

In a statement, the party said that the investigation was launched after the women’s council’s probe on Muş Deputy Mensur Işık, who reportedly punched his wife Ebru Işık after an argument at their home in the capital Ankara.

Işık has currently been decommissioned and will be authorized to make a statement, but the investigation will proceed based on his wife’s testimony, the party said, adding that they oppose all types of domestic violence.

Meanwhile, Ebru Işık’s medical reports suggested that she was assaulted in her left eye and on her right arm, Demirören News Agency (DHA) said.

Mensur Işık allegedly assaulted his wife at around 4 a.m. on July 15 and seized her phone so she could not call the police. However, Ebru Işık begged her husband to take her to the hospital after she was unable to tolerate the pain, so they went to a private hospital in Etimesgut district.

At the hospital, Ebru Işık told the doctors that her husband beat her up, so they called the police, who issued a restraining order against the lawmaker.

In her testimony, Ebru Işık, who has been working as a teacher for the past 17 years, said her husband has frequently insulted and threatened her throughout their marriage. She noted that Mensur Işık was having an affair for the past five months, and when she tried to confront him about it, he started swearing at her and told her to get out of the house as he “pays the rent.”

Ebru Işık said her husband approached her as she was trying to pack her belongings to leave and punched her in the left eye. She also said he put psychological pressure on her and prevented her from calling the police, agreeing to take her to the hospital only if she said the injuries were from an accident.

She has filed a complaint against her husband and urged authorities to uphold the restraining order against the lawmaker.

However, Ebru Işık withdrew her complaint, saying that she made wrongful statements out of “anger.”

“There is no violence at all, I was just mad at my husband for not taking me to the hospital, but my eye was injured after I hit a cabinet,” Işık said.

The investigation into the incident will proceed as it involves domestic violence.