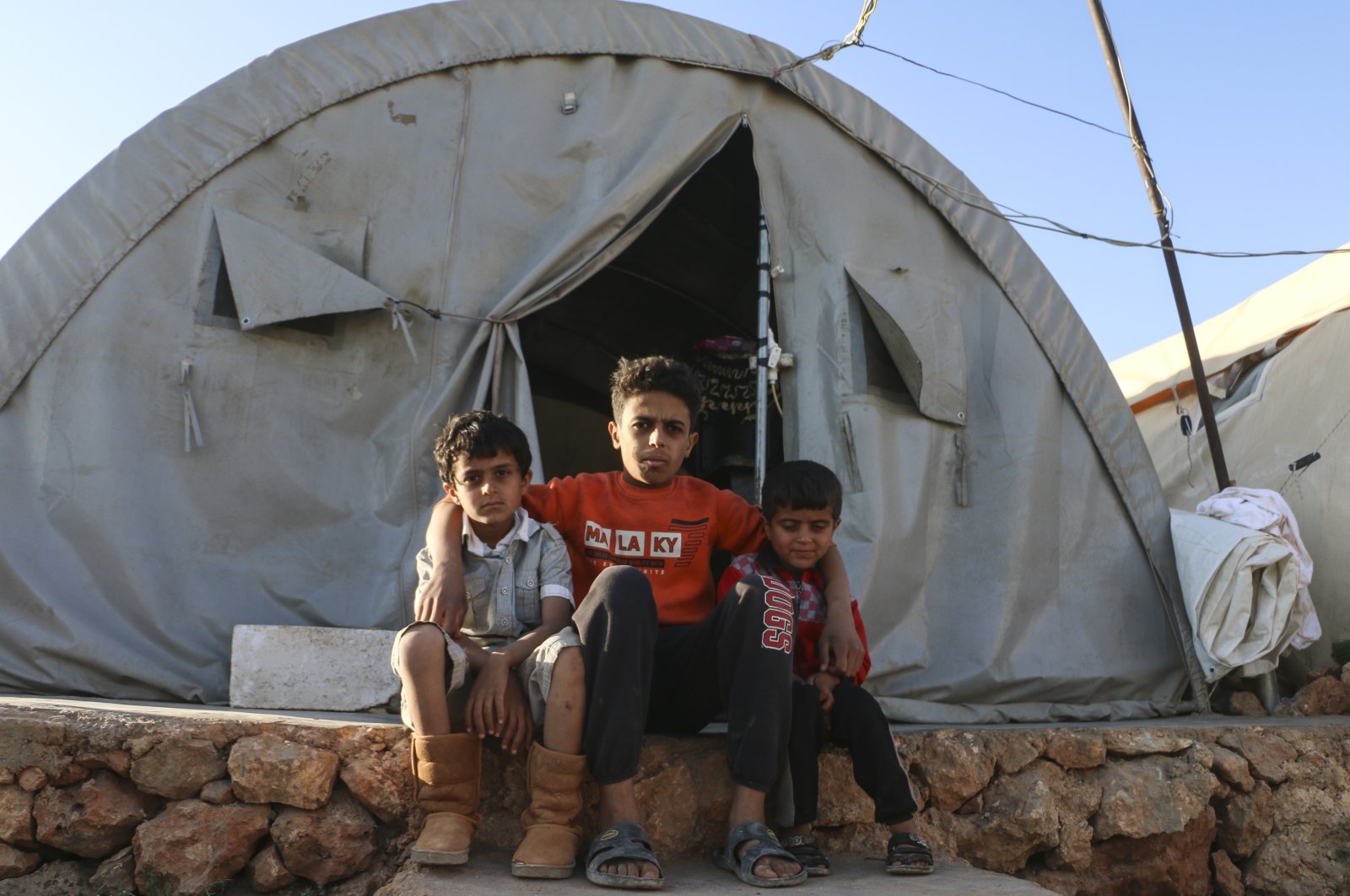 Mohammad, 14, who lost his parents in a bombing attack conducted by the Assad regime during Ramadan, has sought refuge with survivors in a tent camp pictured in this undated photo, in Idlib, Syria. (AA Photo)
by DAILY SABAH WITH AA May 12, 2020 1:34 pm
RECOMMENDED

Naser al-Hariri, the head of the Negotiation High Committee that was formed by opposition figures, said Tuesday that the cease-fire, which was agreed upon by Turkey and Russia, is the longest truce in the last nine years of the Syrian civil war.

Speaking to Anadolu Agency (AA), Hariri underlined that the determination of Turkey and the Syrian National Army (SNA) brought about the cease-fire in Idlib, a city that has become the epicenter of the decadelong conflict.

Turkey and Russia, which back opposing sides in Syria's war, agreed on March 5 to halt military activity in the northwestern Idlib region after an escalation of violence displaced nearly a million people and brought the two sides close to confrontation. The deal addresses Turkey's main objectives – stopping the flow of refugees and preventing the deaths of more Turkish soldiers on the ground.

Concerning Idlib, Hariri noted that the long-awaited cease-fire is the result of Turkey and the SNA's political and military determination.

“The cease-fire in Idlib has become the longest truce in the last nine years. The fact that the international community supported Turkey’s and SNA’s legitimate operations on the ground, since there is no other way than a political solution, made the parties think about their next steps," Hariri said.

Hariri also warned that there may be provocative attempts by the Assad regime and its supporters to break the cease-fire.

According to the latest efforts to establish the Syrian Constitutional Committee, Hariri noted that U.N. Special Representative Geir O. Pedersen has been working on a new proposal after the regime rejected a couple of amendments on the latest draft.

“Despite the disagreements, the draft was eventually agreed on and declared through UNSC. However, now because of the COVID-19 pandemic, Pedersen has offered an online conference to discuss the prospective works after the agreement. We accepted this invitation but the regime rejected,” Hariri added.

Meanwhile, touching upon a recent disagreement between Assad and his maternal cousin Rami Makhlouf, Hariri said that the regime illustrates its political dysfunction not only for the opposition but also for the regime itself.

Makhlouf shot a Facebook video criticizing the new taxes of the Syrian regime and attempts to seize his assets, breaking the customary silence within regime circles. Makhlouf, the owner of a Syrian telecommunications company, said he started to receive threats against his companies from government bodies. He added that aside from the tax payments, 50% of his company’s income is already going to the regime.

In December, the Assad regime took the exceptional step of freezing the assets of Makhlouf and several other Syrian businessmen, accusing them of “customs violations,” and charging Makhlouf millions of dollars in fines. Experts indicated that the move came as the Assad regime faced dire economic conditions due to the ongoing civil war.

“The regime is in big economic downfall, and financing foreign mercenaries and weapons has reached billions of dollars. The Syrian people have been paying this cost either way around. And now the regime has been bleeding its own backers’ blood. This regime cannot be up to good for anyone. This shows there is no option for the people of Syria but to rescue them from this regime, preparing a new constitution and turning a new page, ” Hariri said.