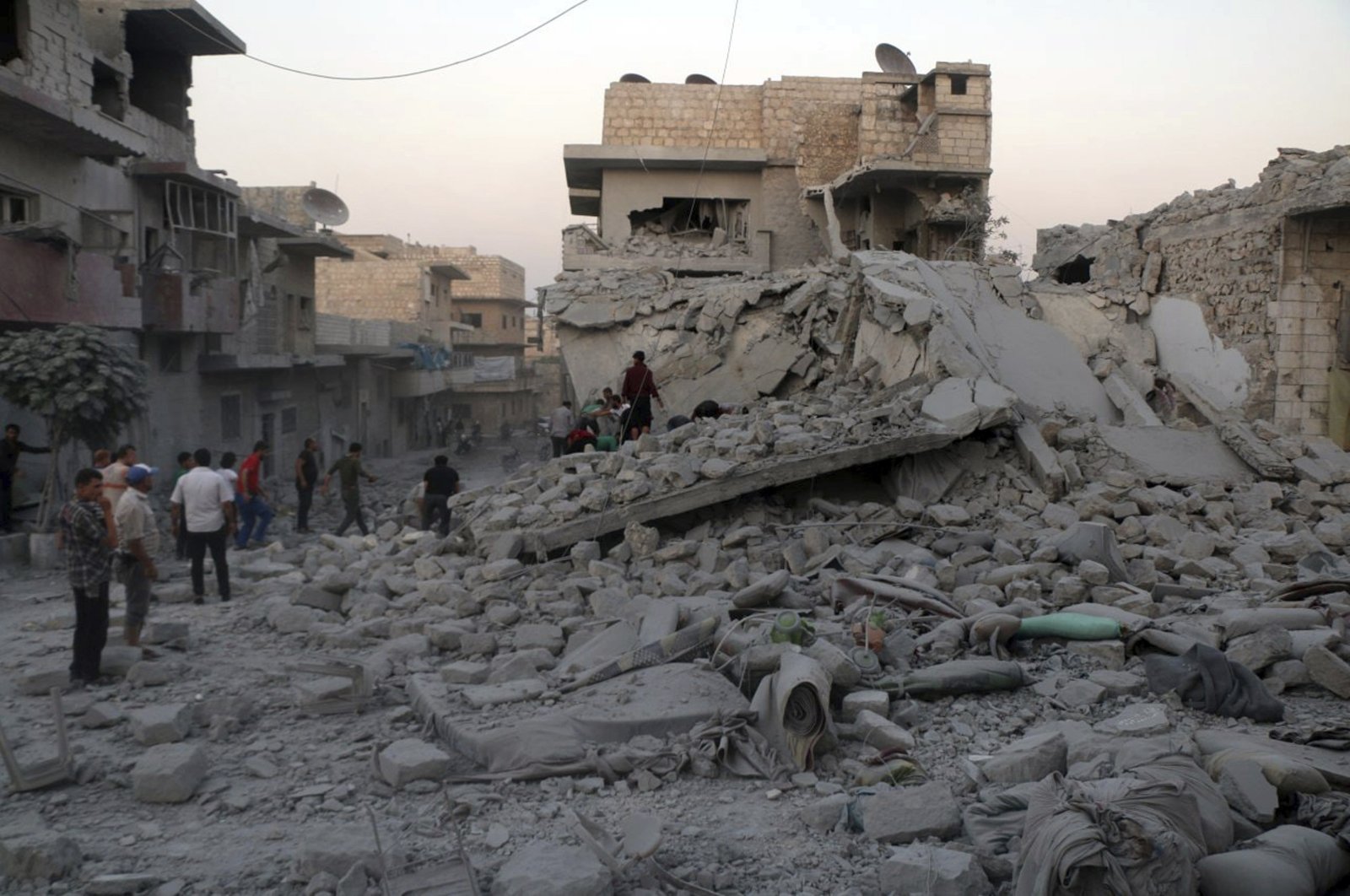 This photo released by the opposition Syrian Civil Defense rescue group, also known as White Helmets, which has been authenticated based on its contents and other AP reporting, shows people searching for victims under the rubble of destroyed buildings that were hit by airstrikes in the northern town of Maaret al-Numan, in Idlib province, Syria, Aug. 28, 2019. (AP Photo)
by DAILY SABAH Feb 11, 2021 3:11 pm

Locals in northwestern Syria’s Idlib are trying to earn their living by collecting construction irons from the debris of houses, which have been destroyed by air attacks of the Bashar Assad regime and Russia.

Hundreds of thousands of houses were damaged mostly by air attacks since the beginning of the Syrian civil war. One of the workers, Muhammed Vefa, told Anadolu Agency (AA) that there are limited job opportunities in the region so they started earning money by delivering iron to recycle centers.

Vefa said they start working early in the day due to attacks by the Assad forces, who target locals working amid the debris.

A worker in the recycle center, Ammar Kasım, said that they process iron and make it useful for construction work again.

Almost a million people fled the Assad regime’s offensive on Idlib – the last opposition bastion – since December 2019 with many seeking refuge in overcrowded tent camps near the Turkish border. A fragile truce was brokered between Moscow and Ankara in March 2020 in response to the months of fighting by the Russia-backed regime, yet the regime still frequently carries out attacks on civilians, hindering most from returning to their homes and instead, forces them to stay in makeshift camps.