Idlib refugees get ready to welcome winter in long-lasting shelters 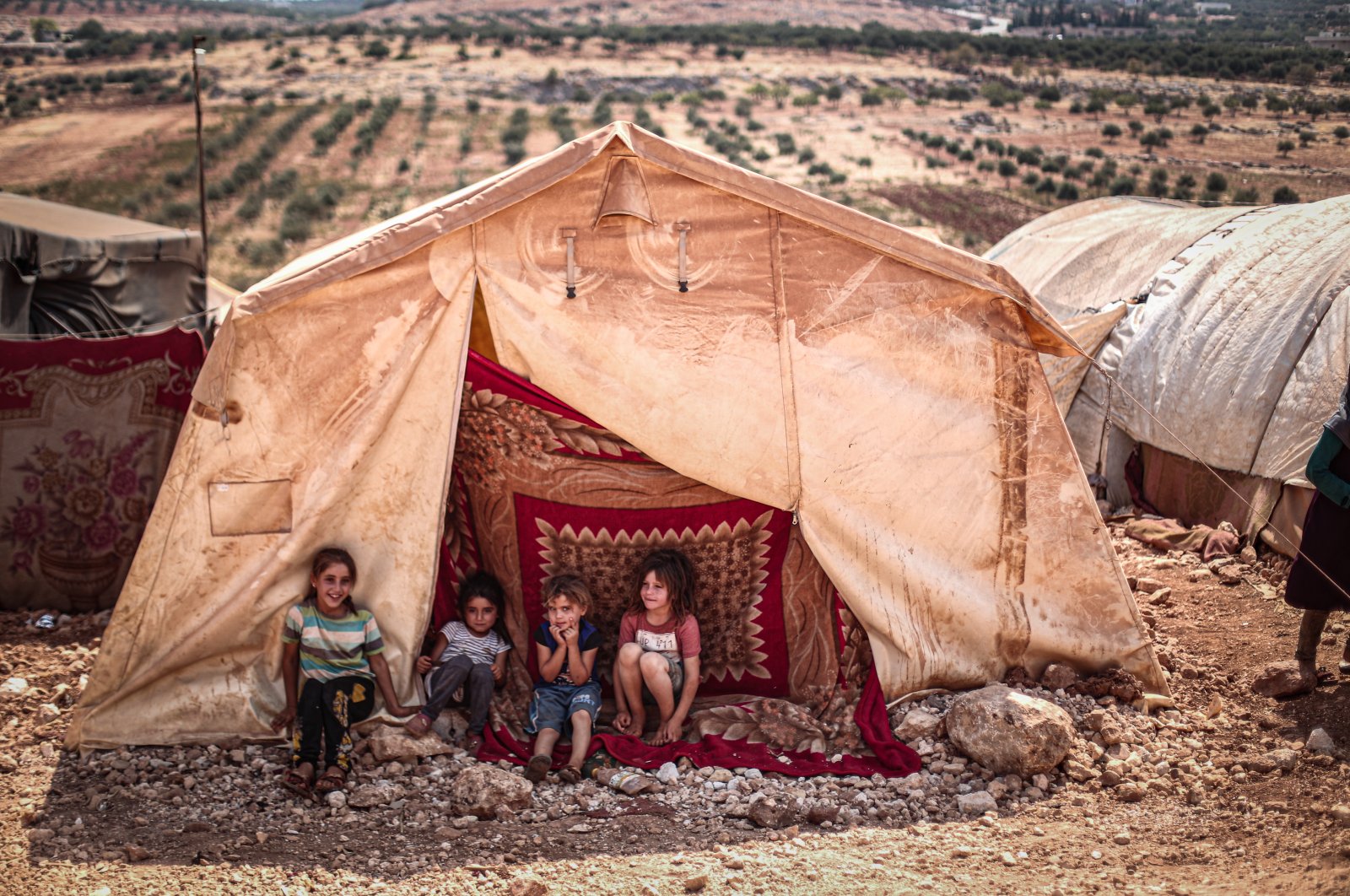 The first set of briquette houses are expected to be ready next month, as conditions in tent camps worsen due to heat, crowding and the coronavirus

After nine years of suffering in cold weather, refugees in Syria's northwestern province of Idlib are finally looking ahead to a better winter as long-lasting shelters are being built rapidly by Turkish nongovernmental organizations (NGOs).

The "We are together, We are here for Idlib" campaign, launched by Turkey with the participation of various NGOs to ease the living conditions of Idlib refugees, continues at full speed as the winter approaches and aims to remove the horrifying memories of past winters.

Turning rural areas of Idlib into a construction zone, the campaign enabled the construction of thousands of shelters and briquette houses for the Syrians. It is expected that next month 20,000 shelters will be ready to host 20,000 families as the first step and then, many will follow. In the end, it is expected that a total of 50,000 briquette houses will be built in the region. So far, the campaign has received TL 700 Million ($94.06 million) from the Turkish public and politicians as President Recep Tayyip Erdoğan and first lady Emine Erdoğan alone granted 57 briquette houses to the campaign.

The briquette houses, located on a 39-square-meter area, consists of two rooms, a kitchen, a bathroom, toilet and a yard, as requested by the refugees themselves.

According to Demirören News Agency (DHA), displaced Syrians are excited about their new shelters after living in tents for years and express gratefulness to Turkey.

The overcrowded tent camps in the country’s northwest filled up once again after the Bashar Assad regime launched an offensive on Idlib, the last opposition stronghold, last December. Nearly 1 million Syrians were displaced as a result of continuous Russian-backed airstrikes on civilian settlements, the largest one-time displacement in Syria’s almost 10-year war, the U.N. says.

As the fight against the coronavirus continues all around the world, vulnerable groups, particularly refugees, face greater risk due to the dire conditions at camps, making them potential hot spots for a pandemic. Displaced Syrians top the list of these vulnerable groups. Even though nongovernmental organizations, the U.N. and Turkish institutions and relief organizations struggle to meet the needs of the many civilians in the war-torn country, in the face of the coronavirus threat, aid is insufficient.

In a situation where even the most developed and modern countries are desperate in the fight against the virus, it is hard to expect a country with almost no standing hospital and where children cannot find water to wash their hands to cope with the threat. Only half of the countries’ medical facilities are still operating.

Apart from the threat of COVID-19, the camps are also frequently plagued by fires that spread easily in the crowded camps and cost the lives of many.

To ease conditions in the region, Turkish humanitarian agencies regularly provide aid to Idlib, sending food, clothes and other basic needs. Still, the conditions in the camps are not bearable. In the summer, thousands struggle to cope with the searing heat, reaching around 43 degrees Celsius (109.4 Fahrenheit) during the day. The heat within the tents can reach up to 50 degrees Celsius. The extreme heat threatens the lives of the ones with chronic illness and causes various skin conditions among children.

Speaking to Anadolu Agency (AA), Mamoun Sahar, a doctor working at the Ibni Sina Child Hospital, said many patients come to the hospital with illnesses related to the extreme heat.

"The recent increase in heat caused skin burns and infections among children," the doctor said.

Sahar also pointed to the increase in the number of insects due to the heat and said they also cause various illnesses among children.

"The most dangerous of them all is the heatstroke. It may cause brain damage. We have recently received many patients suffering from heatstroke," he added.

The head of the Tih refugee camp in Idlib, Abdulsalem Yusuf, on the other hand, said the heat put the camp residents into a helpless position.

One of the camp residents Nasır Sultan confirmed the situation and said they have tried everything to combat the heat.

"We don't have the means to buy a fan. There are no services for us. We are like living deads," Sultan stated and added, "I have covered my tent with lime, but it did not help."

"The ambulances are not enough for the fainting children," he said as one of the camp's child residents Riyad Yusuf cried for help: "People are fainting every day. We need assistance."