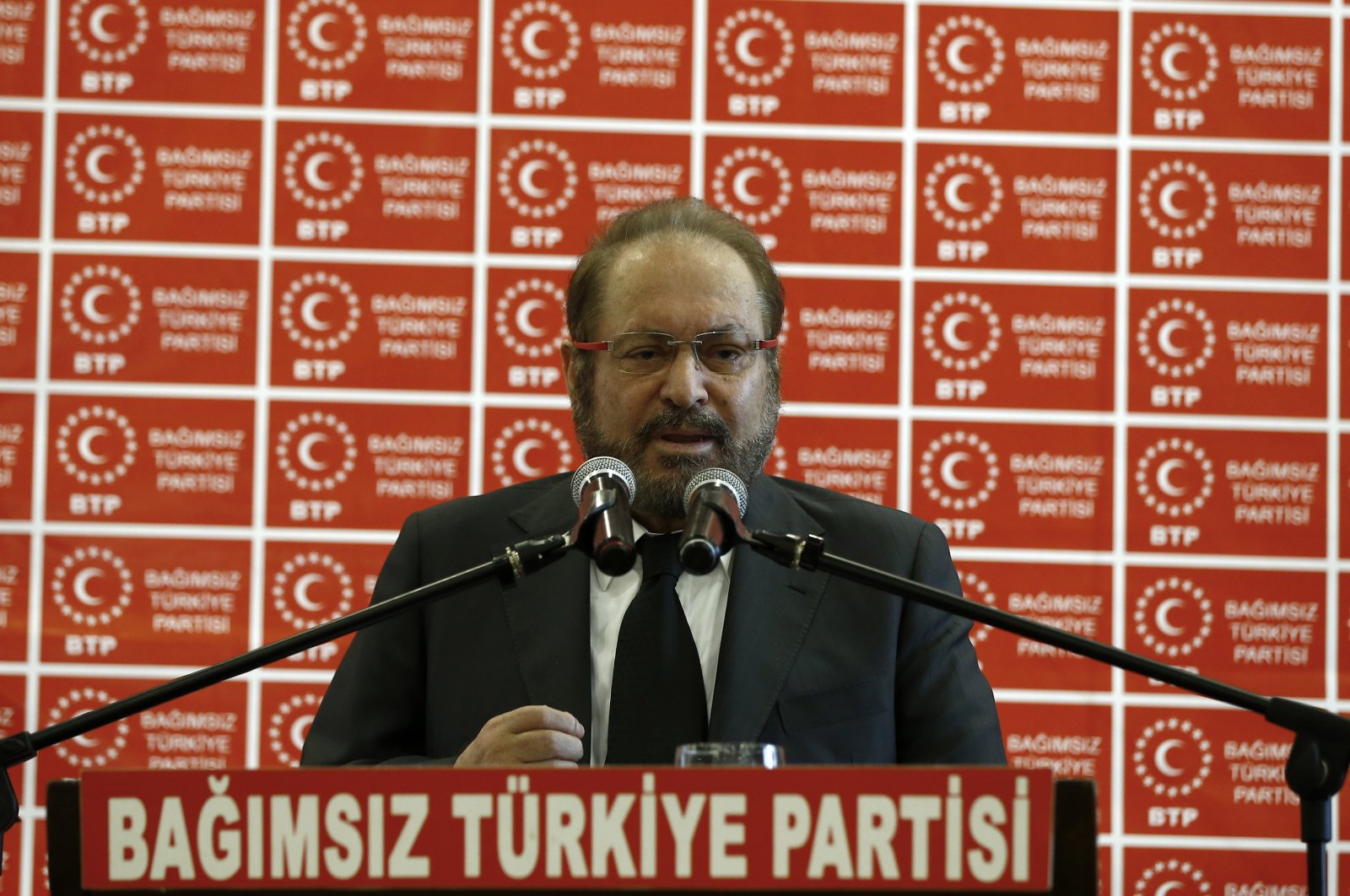 Baş and eight other members of his family who all tested positive for the coronavirus were earlier hospitalized in the Akçaabat district of the northern province of Trabzon, according to Demirören News Agency (DHA).

He was receiving treatment at a private hospital for the last four days but was transferred to the Trabzon Kanuni Research and Education Hospital after his condition deteriorated, reported Anadolu Agency (AA).

The Sarıtaş neighborhood where Baş and his family reside was earlier placed under quarantine as part of coronavirus measures.

Born in Trabzon in 1947, Baş completed his undergrad degree at Kayseri's Erciyes University. He then attended Baku State University in Azerbaijan and completed his Ph.D. in Islamic studies. Besides his political career, he also worked as a lecturer at the same university and oversaw several publications.

Baş made a reputation for being an eccentric figure in Turkish politics, becoming a household name with the slogan "İş, Aş, Haydar Baş" (translates as Work, Food, Haydar Baş) coined prior to the 2007 general elections in which his BTP received its best result with 0.52% of the votes. The party, launched in 2001, did not participate in the last parliamentary election in 2018.

Baş often appeared on BTP-affiliated Meltem TV and Yeni Mesaj newspapers to promote his "National Economy Model," alleged to have gained the praise of many scholars particularly in the Eurasian region.

Baş was also known to be one of the leaders of a Turkey-based branch of Qadiri tariqa, a Sunni-Sufi order.

President Recep Tayyip Erdoğan offered his condolences to the family and followers of Baş and all citizens who passed away from COVID-19 in a message. Vice President Fuat Oktay, main opposition Republican People's Party Chairman Kemal Kılıçdaroğlu, ruling Justice and Development Party (AK Party) spokesperson Ömer Çelik were other names who offered their condolences over the death of Baş.

Turkey has imposed restrictions on daily life in an effort to slow the spread of COVID-19. Though an early response to the crisis has stemmed the number of cases, the country has had mixed success in limiting public mobility, especially on weekends. In an effort to curb excursions during increasingly warm, sunny weather, the government declared a weekend curfew last Friday in over 31 mainly urban provinces. Erdoğan said Monday that the curfew will be imposed again over the coming weekend, between April 17-19. Turkish politicians have taken measures to prevent the spread of the coronavirus not only throughout the country but also in Parliament and government institutions.

Politicians currently hold teleconference meetings rather than face-to-face meetings and avoid handshakes, keeping a personal distance of at least 1 meter as per the advice of health experts.

The minimum number of lawmakers will continue to hold debates on the economic omnibus bill in Parliament. Amendments, in line with Erdoğan's recommendations, may be made to the bill later, according to sources.