Influential Kashmiri family summoned for questioning over travel to Turkey 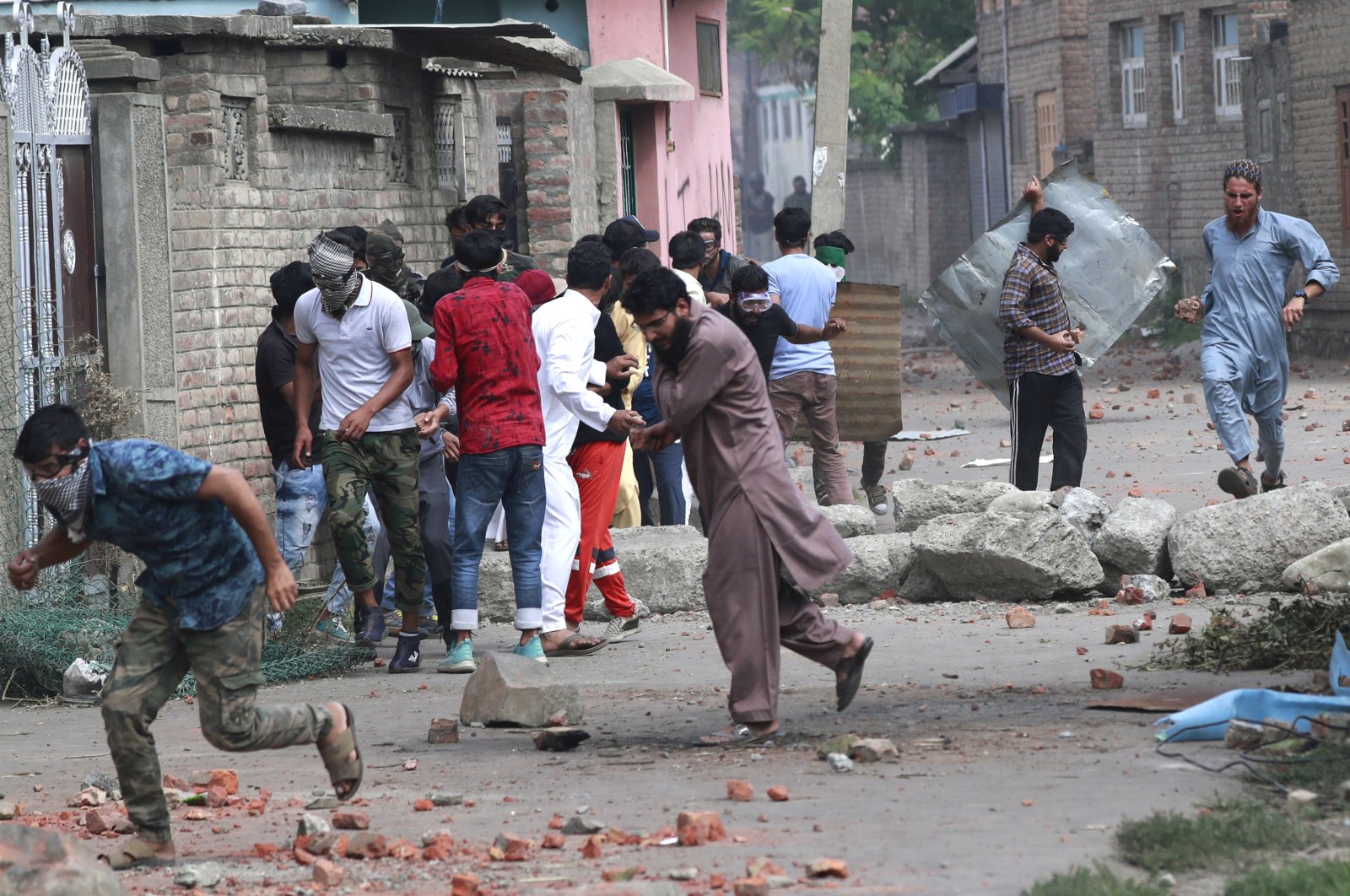 Kashmiris take cover as Indian security forces fire tear gas shells during clashes after the scrapping of the special constitutional status for Kashmir by the Indian government, Srinagar, Jammu and Kashmir, Aug. 30, 2019. (Reuters Photo)
by DAILY SABAH WITH AA Jul 22, 2020 10:18 am
RECOMMENDED

A Kashmiri woman said Tuesday that she and two family members have been asked to appear for questioning in connection with her travel to Turkey.

Shazia Bakshi, who is the grandniece of the second prime minister of the former Jammu and Kashmir state, tweeted: "In a pandemic I, my niece (9) & mom (72) have been asked to ‘visit' KothiBagh Police Station by @JmuKmrPolice. Why-bcoz holidayed in #Turkey in 2017 for 5 days! Apparently taking a holiday is now a ‘crime' in erstwhile state of J&K Gladly will I ‘comply' to this diktat. This should be interesting."

In another tweet, she said that according to a policeman from the Crime Investigation Department (CID) who visited her home Tuesday, this was a "routine check" on all travelers who had visited Turkey as "relations are now bad between India and Turkey."

The senior superintendent of the CID Special Branch, Showkat Sorwar, told Anadolu Agency (AA) that no official from his branch visited anyone's home regarding an inquiry into travel to Turkey.

Erdoğan told the Pakistani parliament that there was "no difference between Gallipoli and Kashmir." The battle of Gallipoli was fought between allied powers and the Ottoman Empire.

"Turkey will continue to raise its voice against the oppression. The troubles our Kashmiri brothers have suffered for decades have been exacerbated by the latest unilateral steps," Erdoğan said, triggering a sharp response from New Delhi.

"These remarks reflect neither an understanding of history nor of the conduct of diplomacy," India's external affairs ministry said in a statement.

In his address to the United Nations General-Assembly last year, Erdoğan also criticized the international community for failing to pay attention to the 72-year-old problem.

More than 7,300 Kashmiris were arrested and jailed in various Indian states since August. Most have been released. In addition, three journalists have been booked under an anti-terror law for social media comments and reporting about police, and two others have been questioned for their stories.

The Kashmir dispute, one of the oldest on the agenda of the U.N. Security Council, erupted between India and Pakistan in 1947. The Security Council called for a referendum to decide the region's fate in 1948. While India says elections held in territories controlled by an administration that is backed by New Delhi decided to support accession to India makes a referendum unnecessary, the U.N. and Pakistan say a referendum needs to take into account the views of voters throughout the former princely state.

Jammu and Kashmir are currently in part held by India and Pakistan and claimed by both in full. A small sliver is also held by China. Since they were partitioned in 1947, the two countries have fought four wars – in 1948, 1965, 1971 and 1999 – three of them over Kashmir. India has about 500,000 soldiers deployed in its half of Kashmir, where separatists have for decades been fighting for independence or a merger with Pakistan.