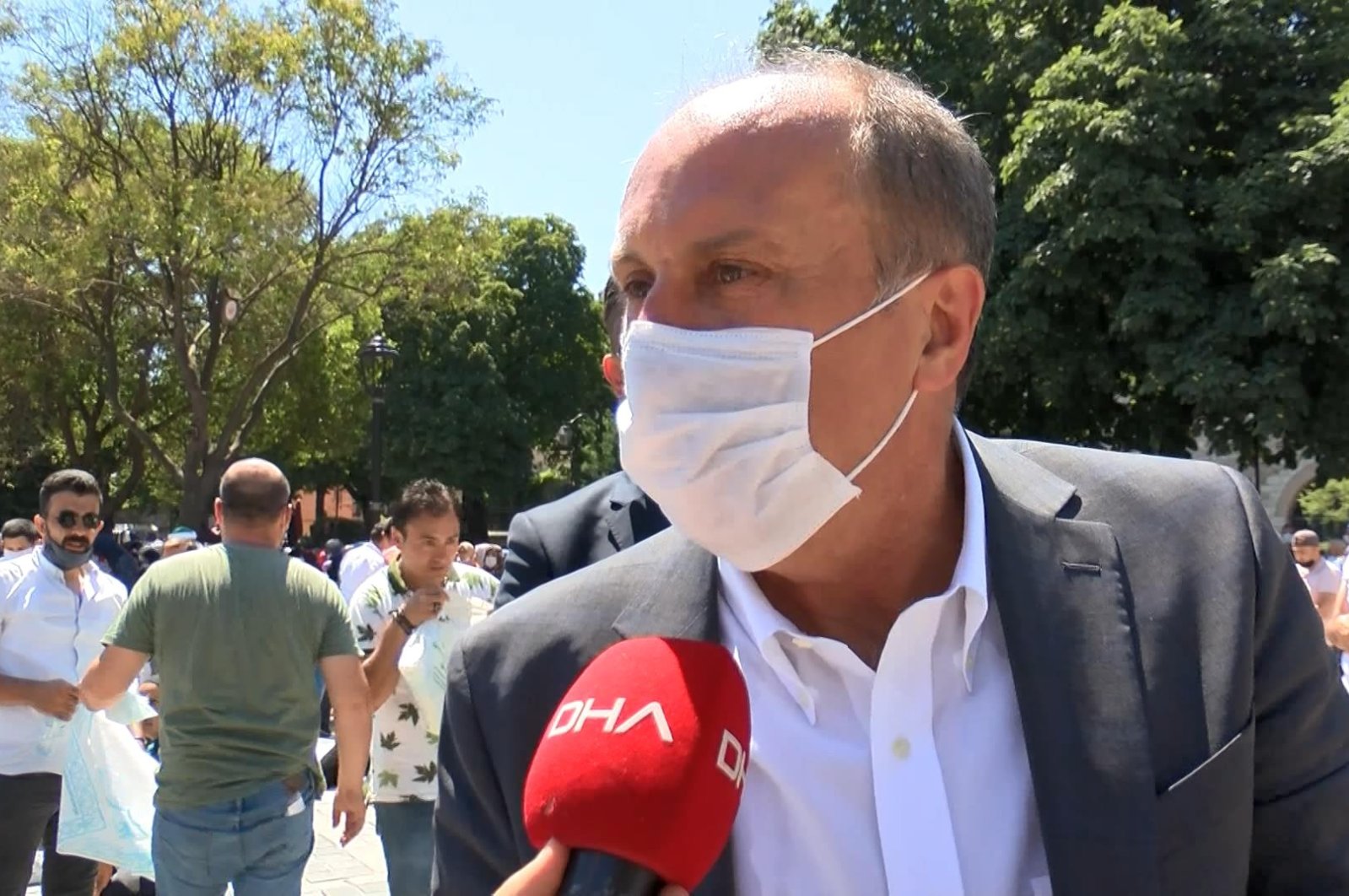 Failing to reach the number of signatures to be candidates for chairman, CHP figures challenging Kılıçdaroğlu could not run in the intraparty election, leading to a new period with Kılıçdaroğlu staying at the helm.

But one figure, who was CHP’s previous candidate for president, stands out. Ince, a former deputy from northwestern Yalova province, has been challenging Kılıçdaroğlu for years.

“A new republican recovery is a must. Turkey is not doomed to be this way,” the newspaper quoted Ince as saying.

“A new movement, which will be the first in popularity, can be created in a matter of four to five months,” Ince was quoted as telling people in his close circles by Cumhuriyet journalist Mahmut Lıcalı.

“It is unacceptable to perceive the ones responsible for the damages caused by the AKP government’s earlier years, as hope,” Ince was reported as saying in Lıcalı’s article, with the former deputy referring to ruling Justice and Development Party (AK Party) with an unofficial abbreviation most opposition deputies choose to use.

Who Ince is referring to in a veiled way such as “ones responsible for the damages caused by AKP” most possibly includes Ali Babacan, a former AK Party deputy prime minister and the current leader of Democracy and Progress Party (DEVA), as it is being rumored nowadays that Babacan will become the opposition parties’ common candidate for president in the next election. Ince's remarks also possibly include Ahmet Davutoğlu, former AK Party prime minister who later formed his own Future Party (Gelecek Partisi).

He also served as the CHP's parliamentary group deputy chairman for two terms.

Ince challenged Kılıçdaroğlu twice, first in September 2014 following the party's loss in the Turkish presidential election, and later in February 2018.

As the presidential candidate for the main opposition party in the 2018 Turkish presidential election, Ince received just over 30% of the votes, placing second behind first-round winner, incumbent President Recep Tayyip Erdoğan, with 53%.