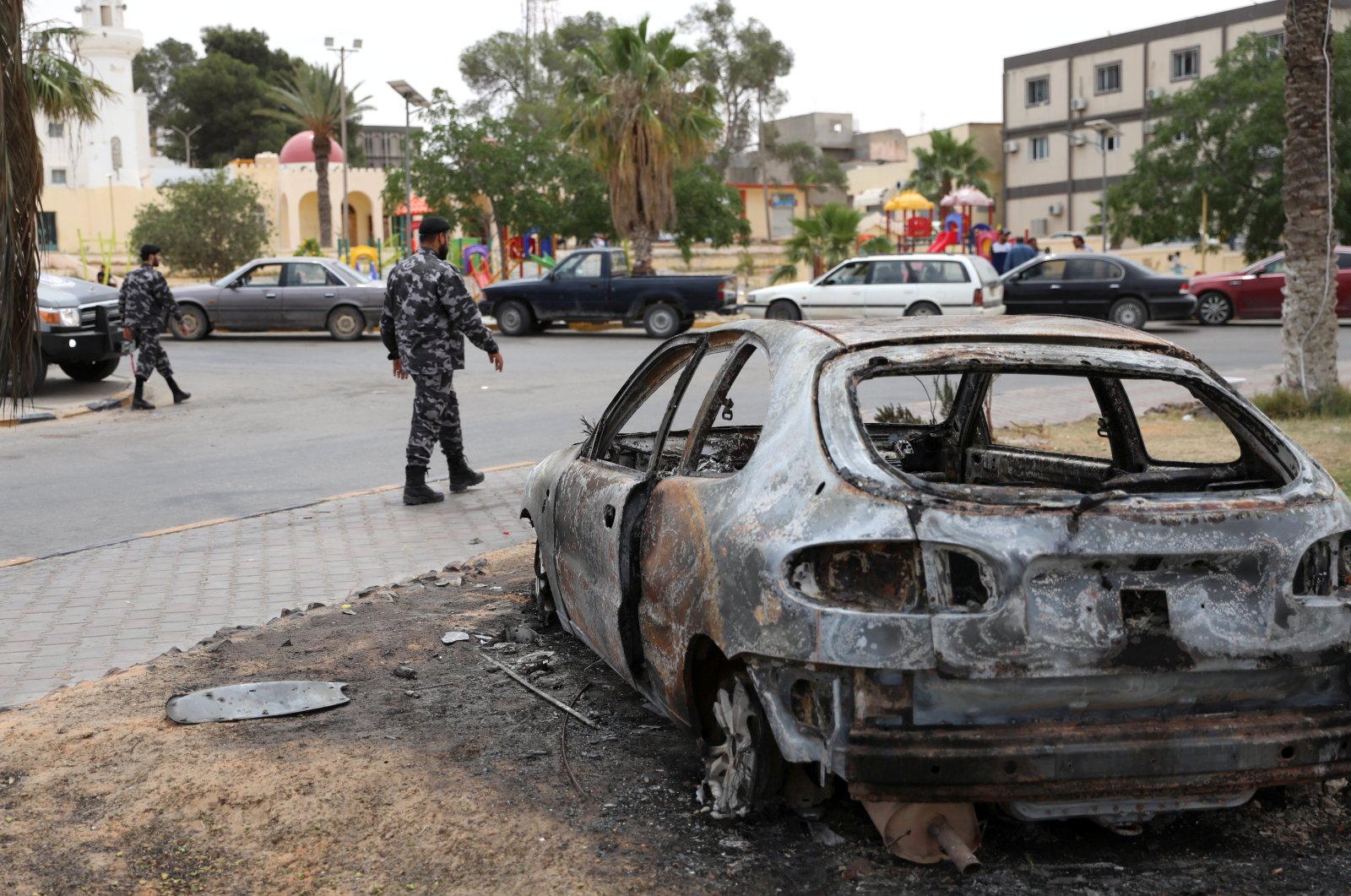 Libya's putschist Gen. Khalifa Haftar has been terrorizing the country since 2014, with the widely known support of various countries, particularly the United Arab Emirates. However, while the UAE support of Haftar against the U.N.-recognized Libyan government has been well-documented over the years, the role that Israel played behind the scenes has received little attention.

According to Anadolu Agency (AA), UAE has been able to back the Haftar militia this far thanks to Israel's support. UAE not only provided air defense systems from Israel for Haftar but also coordinated talks with the Mossad agents for training the militia loyal to the putschist warlord.

Open sources show that Israel's support to Haftar forces dates back to 2015. In an article published on Middle East Eye back in August 2017, an Israel security expert and journalist Richard Silverstein states that Israel has been conducting air attacks in Libya in favor of Haftar forces. Referring to an Israeli high authority as the main source of information, Silverstein claimed that Israel was also providing military assistance to Haftar militias.

International media outlets, particularly the Arab media, also released a series of articles over the past years, claiming that Haftar and the Mossad have been having several secret meetings. According to a July 2017 article published by the London-based Al-Araby Al-Jadeed media outlet, Haftar came together with Mossad agents in Jordan back in 2015-2016. The article highlights that the meeting was coordinated by the UAE. Despite its heavy claims, the article has been denounced by neither Israel nor Haftar to this day.

On April 15 of this year, another article that revealed the talks between Mossad and Haftar pinned by Israeli security and intelligence expert Yossi Melman was published in Middle East Eye. Melman stated in his article that between 2017 and 2019, the two sides continued to have several secret meetings, this time in Cairo. It is also expressed in the article that Mossad has a major part in the training of high-ranking Haftar militia members.

Another major cooperation point between Haftar and Israel is the placement of air defense systems from the latter to Libya's eastern parts. Al-Araby Al-Jadeed stated in an article on April 10 that the UAE sent Israel-made air defense systems to Haftar. The article stated that the systems went to Egypt first and were then delivered to Libya. Israeli experts also trained Haftar militia on how to use the defense systems, the article claimed.

According to a U.S. Justice Ministry document that was published on July 20, 2016, Haftar also uses former Mossad agents as mediators for talks with the U.S.

Speaking to Canada-based National Post, Ben-Menashe states that he was working as a special intelligence consultant for the then-Israeli Prime Minister Yitzhak Shamir until 1992. In 1989, he got arrested in the U.S. for violating the embargo on Iran and trying to sell weapons there. After staying in prison in New York for a year, he was released for working for the Israeli government.

Libya has strategic importance for Israel since it hosts major energy resources and is also a key point in providing Israel's national security.

One of the main reasons why Israel supports Haftar is the fact that Libya is located right in the middle of the route where Tel Aviv plans to sell the Mediterranean natural gas through Europe.

Another reason is Tel Aviv's desire to have a Libyan administration that is loyal to Israel. Israel is also concerned that it may lose its allies in Egypt in case of a sudden change in government and it will be left without any alliances in North Africa.

As Israel cannot operate on the ground in Libya, it instead uses UAE, which fuels the conflict through its military support to Haftar.

The UAE has spent a fortune supporting Haftar, despite his failures, against the country's U.N.-recognized government.

Despite the international arms embargo on the war-torn country in place since 2011, the UAE has been continually looking for ways to get heavy and strategic weapons to Haftar and his forces in eastern Libya to overthrow the government since 2014.

After the Libyan Army’s last advancements, Abu Dhabi's financial support for the war has increasingly come under scrutiny.

The U.N. reports reveal that Egypt is also involved in violations in the Libyan war, allowing the UAE to use its territory.

Satellite images have shown that at least six Mirage 2000-9 fighter jets belonging to the UAE were stationed in the town of Sidi Barrani, located roughly 85 kilometers (53 miles) from Egypt's western border with Libya.

However, the UAE and Egypt are not the only countries that support the illegitimate Haftar militias in Libya. The involvement of Russia, in particular, in the process has been also reported many times by international agencies.

According to a confidential U.N. report by U.N. experts monitoring the arms embargo, mercenaries from Russia’s Wagner Group are in Libya, and Syrian fighters from Damascus are supporting Haftar in the region.

"We know that certainly, the Russians are working with Assad to transfer militia fighters, possibly third-country, possibly Syrian, to Libya, as well as equipment," said the U.S. envoy for Syria, James Jeffrey, confirming Russia’s ties with Haftar last month.