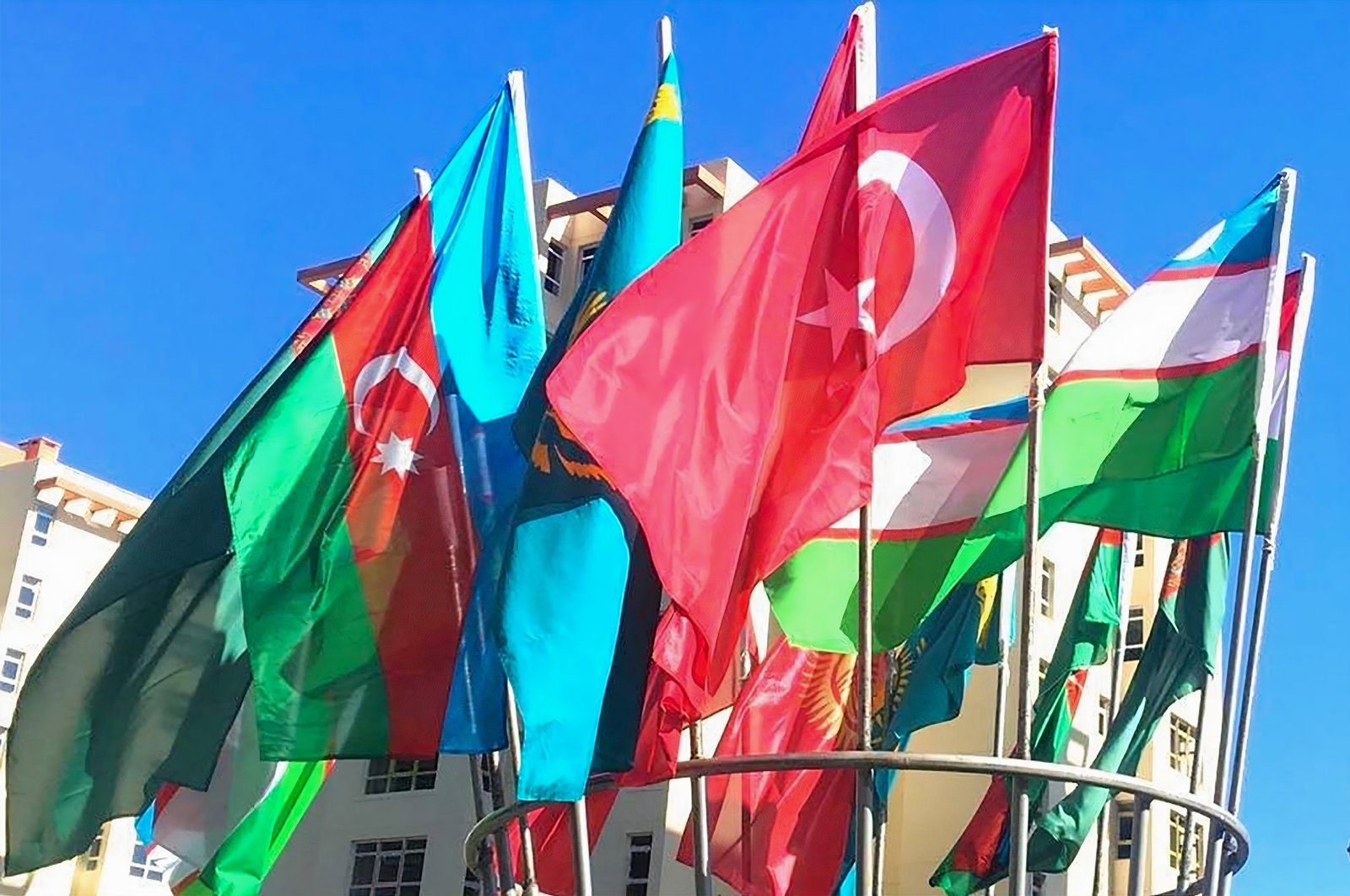 Flags of Turkic Council members seen before a meeting in Baku, Azerbaijan in this undated file photo. (AA File Photo)
by Anadolu Agency Oct 18, 2021 8:10 am
RECOMMENDED

​Turkish President Recep Tayyip Erdoğan will address the participants via video link at the opening session of the forum, the directorate said Sunday in a statement.

The president of the Turkish Republic of Northern Cyprus (TRNC), Ersin Tatar, Turkey's Communications Director Fahrettin Altun and Secretary General of the Turkic Council Baghdad Amreyev will each give a speech at the forum's opening.

More than 350 guests are expected to attend, including prominent media representatives, academics, senior officials from public institutions and organizations, social media influencers, and university students from Turkic Council members Azerbaijan, Kazakhstan, Kyrgyzstan, Uzbekistan and Hungary, which has observer status, as well as Turkmenistan and the TRNC.

Cooperation opportunities in media, TV series and film sectors in the Turkish world as well as social media and the joint struggle against disinformation are among the topics that will be discussed during the forum.

Commenting on the forum, Altun said: "We wish to build the future together with the members of the Turkic Council as part of a common mind and vision. Under the leadership of the Turkish president and the leaders of other member states, we aim to move relations much further in all areas through effective cooperation and strong solidarity."

Altun underlined the important role of the media in developing cooperation among the Turkic countries and the importance of studies that will strengthen the consciousness of unity among the youth of the Turkic world.