July 15 coup attempt more than a nightmare for journalists 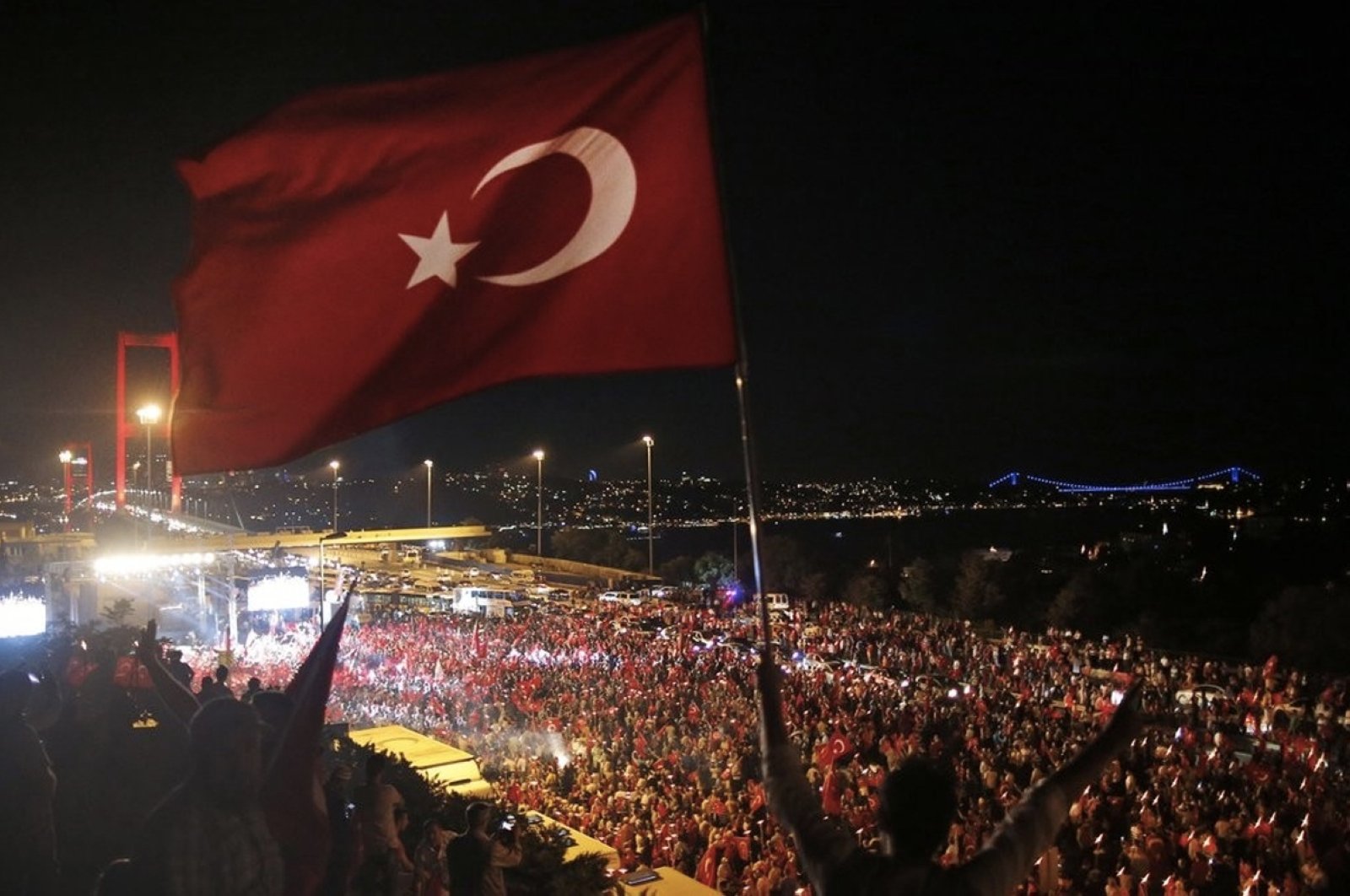 The Gülenist Terror Group (FETÖ) used the last card in its hand that night, and one of its targets was journalists who were braving the intimidation and risk of injury and even death

July 15, 2016, marked a horrendous occasion for all Turkish citizens. There was a coup attempt in progress, tanks were on the streets, and coupists were telling everyone to go to their homes.

As the nation stood up and braved the threats of Gülenist Terror Group (FETÖ) terrorists embedded in the ranks of the Turkish military, the putschists turned to violence. They attacked civilians, who had nothing with which to defend themselves other than their strong will.

They killed at least 251 civilians and injured nearly 2,200 that night.

Media institutions were FETÖ’s primary target that night. They wanted to stop the media coverage of the crimes they committed.

High-ranking FETÖ members, some of whom were not even soldiers, ordered their adherents in the military to attack civilians and take control of all Turkish institutions, at any cost – be it killing innocent civilians, abducting state officials or cutting off media coverage.

Turkish media had to be cut off, no matter what

They held veteran presenter Tijen Karaş at gunpoint and forced her to read the coup statement, to intimidate the nation and create a perception that the coup was already successful.

The statement was signed by “Peace at Home Council,” whose members are still unknown, due to the extremely secretive nature of FETÖ.

“Like every member of the Turkish nation, I also thought that FETÖ members were trying to occupy our country,” Şener said.

“We started defending our nation and the country in a spirit of unity,” he added.

Şener also underlined the importance of the Turkish Parliament’s resistance to the coup.

“As I heard that there was a coup in progress, I went to the office immediately. FETÖ terrorists were coming to occupy CNN Türk,” he said, pointing to Posta newspaper’s sister television channel.

“There were civilians that came to defend our building against the coupists,” he said. “As I took the elevator upstairs and took a step outside, I immediately saw the soldiers facing me,” he said.

Security camera footage showing Şener went viral on Turkish social media after FETÖ’s coup attempt, as he was fearless and stood strong against the terrorists wearing Turkish military uniforms, in the face of their threats and the long-barreled rifles they were carrying.

“Even during the court trial, they claim that they were not attempting to stage a coup and they were thinking they were in an anti-terror operation,” he said, regarding FETÖ members’ tactic of denial.

“I was the one, a journalist, they held at gunpoint. What anti-terror operation? They even took control of the television studio,” Şener said.

“They were like robots. They were not saying anything. They were only uttering some words such as ‘go out,’ and nothing else,” he said.

“Later on, we were informed by the security about the upcoming police operation against the FETÖ members,” Şener added.

“I came up with the idea of opening up the doors of our building. The civilians stormed inside, cornered the soldiers and they gave up," he said.

'I was expecting an attack from FETÖ, albeit not that big'

A Haber television’s Editor-in-Chief Abdulhalik Çimen was another journalist that struggled to carry out his duty that night, in the face of all the difficulties regarding both the general atmosphere in Turkey and his personal life.

“I was sleepless that day due to our heavy coverage of the previous day’s Daesh terror attack in France’s Nice,” he said. “My mother was ill, and she was in the hospital. I went to visit her. When I was in the hospital, I had a phone call from the management and understood that duty was calling,” he said.

“I was expecting an attack from FETÖ, albeit not that big. As I understood that they were trying to stage a coup, I immediately went to the studio,” he said.

“I told my colleagues to report on the breaking news. 'There’s a (coup) attempt,' was our headline," Çimen said.

“As Prime Minister Binali Yıldırım went live on our channel, he pledged to never give up as the democratically elected government. At that moment, many of our colleagues were en route to the studio,” Çimen said.

“We became the first television channel to air President Recep Tayyip Erdoğan’s statement, calling on the nation to stand against the coup,” he said.

“But possibly out of luck, CNN Türk became the first channel to air President Erdoğan’s FaceTime call,” the journalist added, pointing to the very first moments Erdoğan was on the television that night to call upon the nation to flock to the streets and stand against FETÖ.

“But President Erdoğan’s remarks on our broadcast was the game-changer. He told us, ‘You guys stay strong. We are here on our duty, until death.’ Those words changed the way the night progressed,” he said.

“A Haber’s broadcasts called upon the nation to stand up against FETÖ and flock to the streets. We showed how resilient our nation is," Çimen said.

'US, EU should consider who they are aiding and abetting'

Melih Altınok, a journalist working for ATV television and the Sabah newspaper, also told me what he went through that night, criticizing the U.S. and the European Union for their reluctance to recognize FETÖ's acts of terror.

“The U.S. and the European Union, who welcome coupists, should reconsider what they are doing, as what they do amounts to supporting the murderers of at least 251 civilians,” he said.

“As I saw the coup statement being read on television, I understood that FETÖ was at it,” Altınok told me.

“After I learned that there was a coup attempt, I went to the studio to carry out my duty,” he said.

Saying that he and his colleagues at ATV and A Haber started covering the events as they happened, he added that FETÖ militants tried to enter the studio.

“FETÖ militants embedded in the army tried to enter our studio. All of them are still being tried today,” he said.

“The president gave a speech live on our channel,” the journalist said, pointing to President Erdoğan’s remarks in which he called on the people via FaceTime to stand against the coup.

“That’s a structure directly linked to Fetullah Gülen himself, and they tried to overthrow the democratically elected government of Turkey. But the Turkish nation has shown such a resolve which was never seen before,” Altınok added.

Altınok said the resistance against the coup included people from all walks of life and all ideologies.

“Not only a segment of the Turkish nation, but people from all ideologies and world views stood against the coup that night,” he said.

“It’s been four years since the coup attempt. Turkey may well have used its justifiable self-defense in a much harsher and stricter way but it hasn’t. Turkey abides by international law,” Altınok added.

“Coups are not a danger only for Turkey. Defending civilian politics and democracy is a collective effort,” the journalist said.