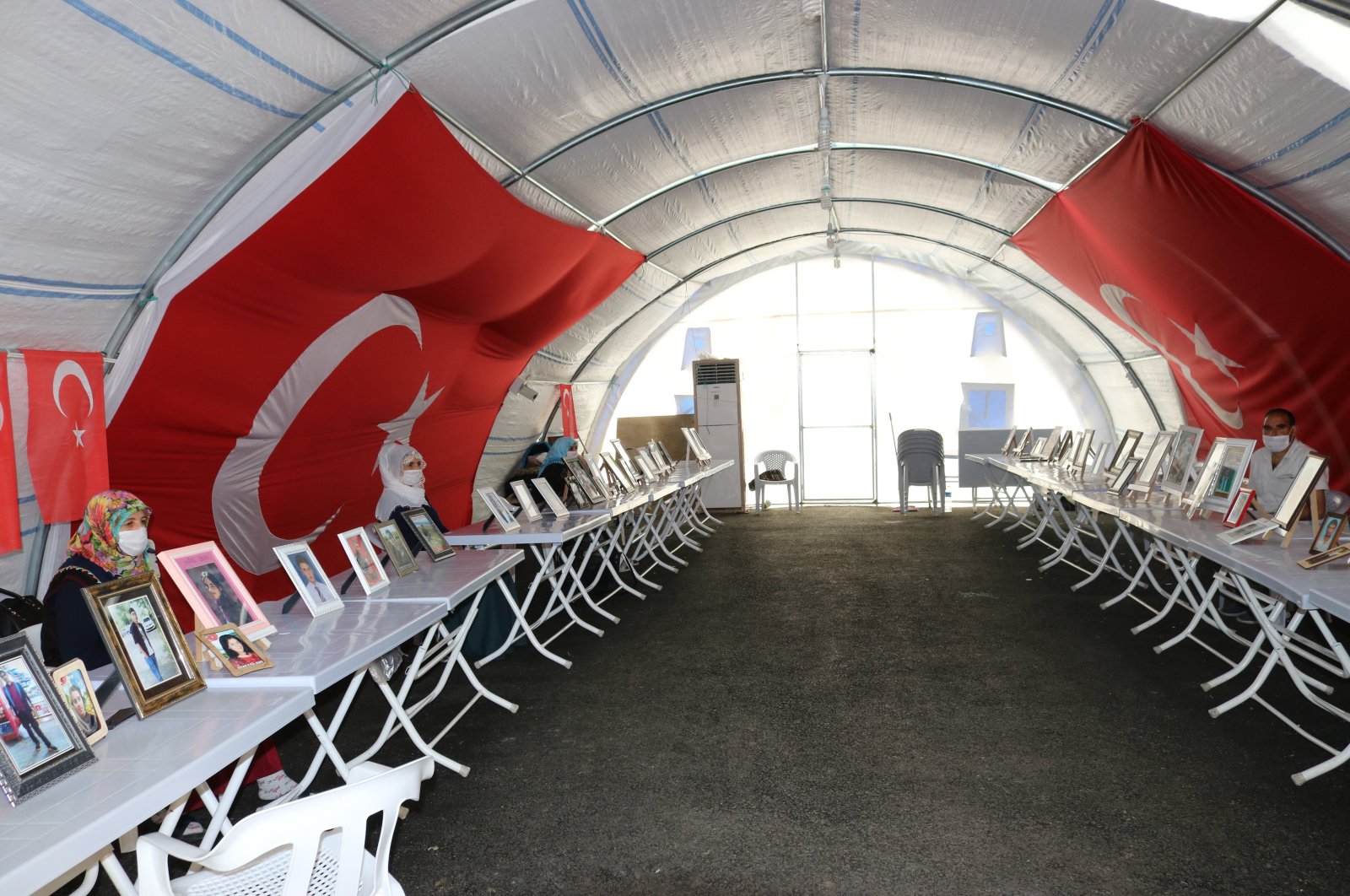 Families demanding their children back from the PKK terrorist organization start the 259th day of the sit-in protest, May 17, 2020. (IHA Photo)
by DAILY SABAH May 18, 2020 12:32 pm
Edited By Dilara Aslan
RECOMMENDED

As the sit-in to protest the pro-PKK Peoples' Democratic Party (HDP) in southeastern Diyarbakır province continues on its 259th day, demonstrators call on their children, abducted by the PKK terrorist organization, to surrender for the Ramadan Bayram holiday.

Solmaz Övünç, whose son Baran was abducted five years ago at the age of 15, stated that her son was taken by the HDP and given to the terrorist organization.

“Your friends came freely. They did not get punished. Make me happy on this Bayram. If you hear me, come and surrender to justice,” she said, addressing her son.

Kamile Küçükdağ, a mother whose child was abducted by the terror group at the age of 15, also called on her son to surrender to security forces.

"They have to bring our children they kidnapped. ... Let's hear the voices of our children on Bayram," she said.

She said she has been longing for her son for the last six years, adding: "On holidays, I want to be happy and peaceful like everyone else. Unless my child is with me, I will not be happy."

The weeping mother accused the HDP of tricking her child into joining the terror group and said brainwashing of the children led to tears of mothers.

Referring to Thursday's terror attack in the eastern Van province, where two social workers helping needy people were killed, the mother said she condemned the PKK terrorists for their oppression.

The sit-in protests by the Kurdish parents and families are seen as a reaction against the outlawed PKK, a terror group that has abducted and recruited their children, as well as the HDP, a political party that many of these families view as being in league with the PKK.

According to the Interior Ministry’s latest numbers, a total of 71 PKK terrorists have surrendered to the security forces so far this year.