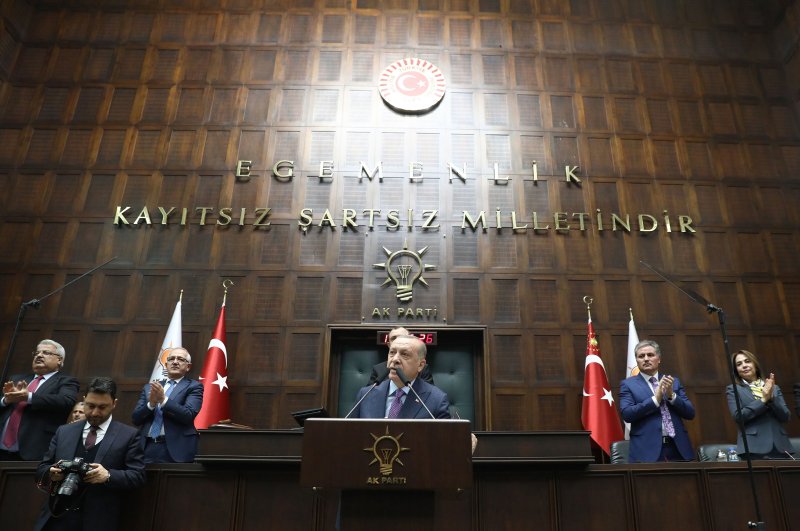 The ruling Justice and Development Party (AK Party) has launched the schedule for its upcoming district congresses, as the party prepares for its seventh ordinary congress in 2021.

Having already completed its series of local congresses across various towns and cities, the party is now planning to complete its district congresses by June and is expected to hold provincial congresses from then until September.

Over the course of the process of party congresses, it is expected that half of the organization members will be changed. The congress process will come to a close with the seventh ordinary congress in January 2021.

The party’s last usual congress was held in August 2018 and the party changed its bylaws in accordance with Turkey's new presidential system. The new bylaws enabled members of the presidential cabinet to take part in the Central Executive and Decision Board (MKYK), which has the power to form and dissolve the party's grassroots organizations.

Fifty-two heads of state, as well as senior officials of foreign diplomatic missions and representatives of nongovernmental organizations, were invited to the congress. The AK Party normally holds its grand congress once every three years. In May 2017, the AK Party held an extraordinary congress following the historic approval of a raft of constitutional changes that April. At the congress, President Recep Tayyip Erdoğan was re-elected head of the party.

On June 24, 2018, Erdoğan won an absolute majority in the presidential election with 52.6% of the vote, besting his closest rival, Muharrem İnce, who received 30.6% of the vote share, according to Turkey’s Supreme Election Council (YSK).

After its establishment in 2001, the AK Party won the November 2002 election with two-thirds of the seats in Parliament. It became the first party to win an outright majority in over a decade. During his time as prime minister, Erdoğan oversaw general elections in 2007 and 2011, both times returning the AK Party to power with a greater share of the vote.