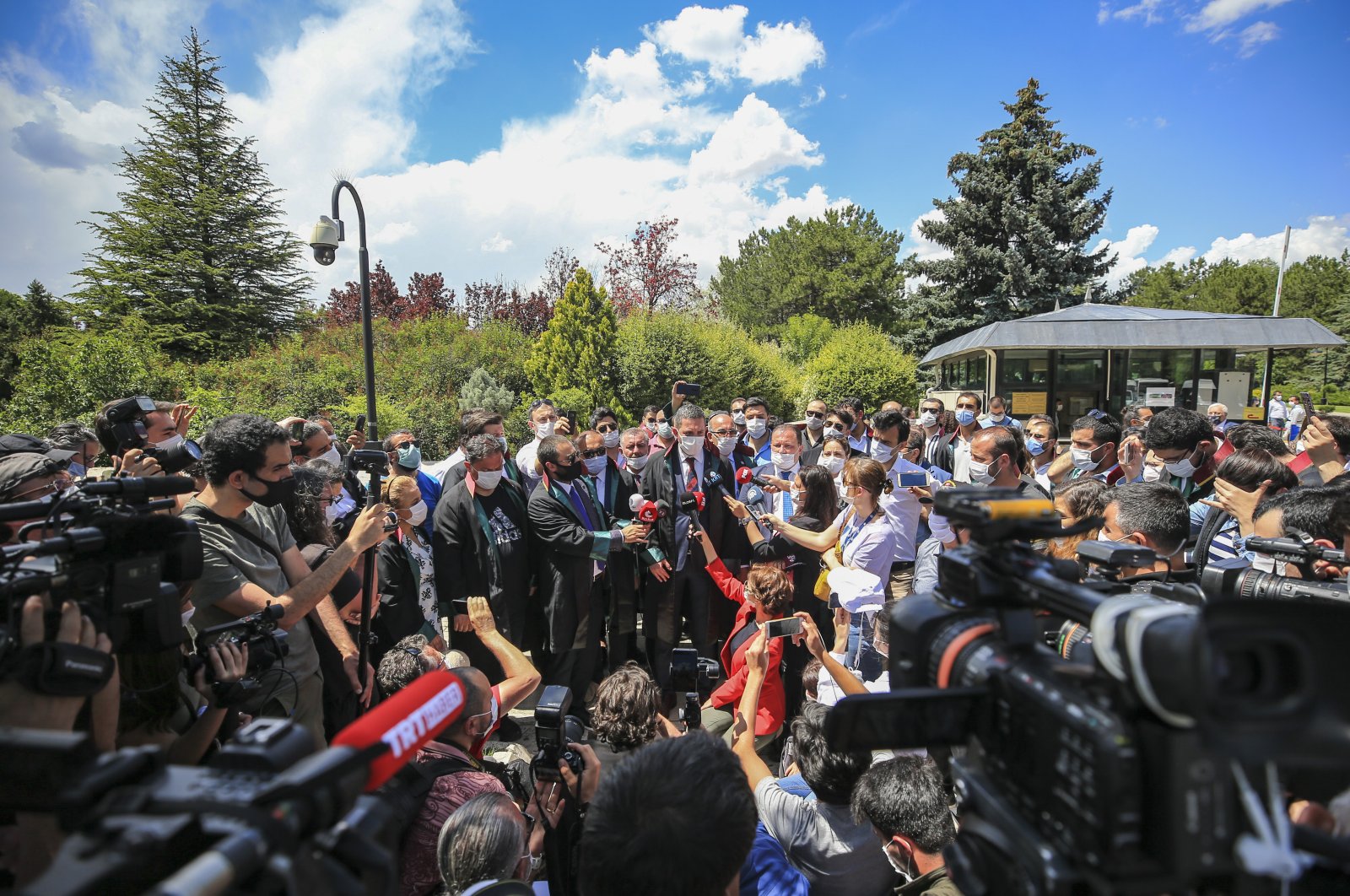 Erinç Sağkan, the Ankara bar head, is seen making a speech after a visit by bar leaders to Anıtkabir, the mausoleum of Turkey's founder Mustafa Kemal Atatürk, during a protest march against the proposed legislation, Ankara, Turkey, June 23, 2020. (AA Photo)
by DAILY SABAH
Jun 30, 2020 1:21 pm

"For the bars that have more than 5,000 members, we are bringing a regulation that at least 2,000 lawyers can form the second, the third or the fourth bar by coming together," Cahit Özkan, deputy group chair of the AK Party, told reporters in Parliament.

Each bar association in the provinces will be represented by three delegates and a president in the General Assembly of Union of Turkish Bar Associations, Özkan noted. "Before bringing the regulation forward, we went through rigorous study," he said.

The bill indicates that the lawyers will pay half of the bar fee in the first five years of their career.

According to this new proposal, the bar associations will still be administrated from one united center, the Union of Turkish Bar Associations (TBB). However, there will no longer be one bar association for each province.

In the current system, since there is no proportional representation, the associations with more members have more voice in the TBB and are also able to form administrative branches with people they choose, rather than having a variety of lawyers that can represent all segments of society.

Most bar associations in Turkey are highly critical of the judicial system and confidence in judges and prosecutors has been destroyed. Yet, TBB head Metin Feyzioğlu invited the bar heads to adopt constructive criticism and problem-solving attitudes, rather than just critical attitudes.

“Today, we all have problems with the judiciary and want a more reliable judiciary. We want the judge, the prosecutor, the lawyer in the bench to be more equipped, we want justice to appear faster, we want to say right to what is right and false to what is false, we want control mechanisms,” Feyzioğlu said, adding that many steps have been taken to reform the legal system, but the systems cannot be changed overnight.

Lawyers critical of the bill said that the proposal would limit their associations’ power of oversight. For example, they may hesitate to penalize members who commit ethical violations if that were to push their association below the minimum membership threshold, they said.