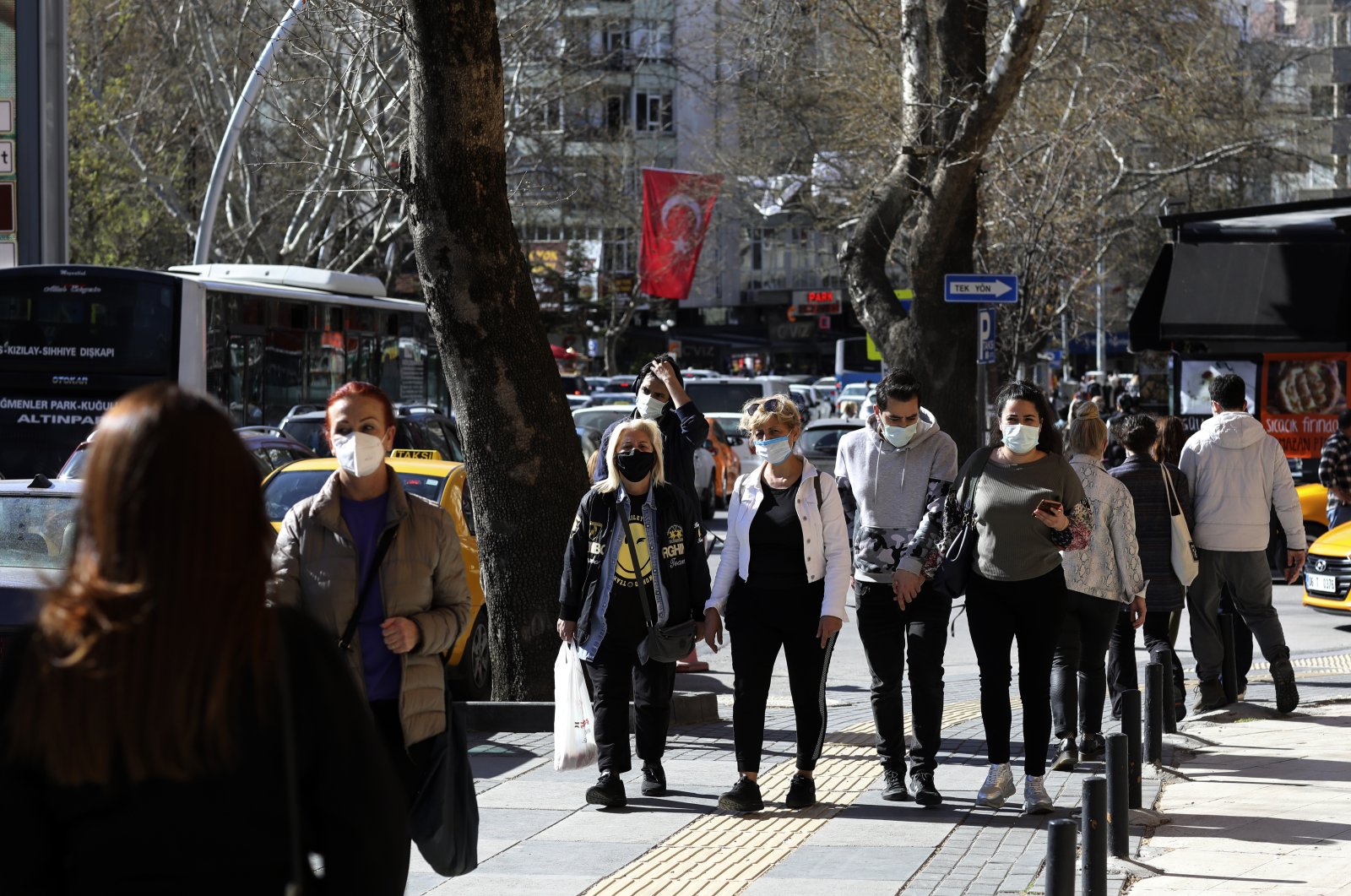 People wearing masks to help protect against the spread of coronavirus, walk along a busy street before a nationwide lockdown, in Ankara, Turkey, April 22, 2021. (AP)
by Eda Işık Apr 23, 2021 1:26 pm
RECOMMENDED

The ruling Justice and Development Party (AK Party) is working on a new local administration regulation that aims to turn 51 more provinces into metropolitan municipalities, while also forming a revenue balance among cities.

If the regulation becomes law, the metropolitan mayors to be elected in the 51 provinces will govern the entire province. In the current system, the provincial mayor only has the responsibility of managing the city center and has no ties with district municipalities. In order to enable this change, a new jurisdiction arrangement will be made between the metropolitan and district municipalities.

The plan is to give district municipalities the authority to construct passenger and freight terminals, build parking lots, operate and grant licenses, provide cemetery services and establish wholesale markets and slaughterhouses. Metropolitan municipalities will make zoning and parceling plans of all sizes. Again, transportation and construction of the main roads will be among the duties of the metropolitan city.

A new regulation will also be made in tax revenues given to municipalities from the general budget. In the current regulation, the share distribution is made according to the population, area and industrial establishments in that particular city. Although some provinces take first place in industry, tourism or agriculture, they cannot access the income they deserve due to this regulation. The system will be reshaped accordingly.