Ankara, Baku to cooperate in field of international law 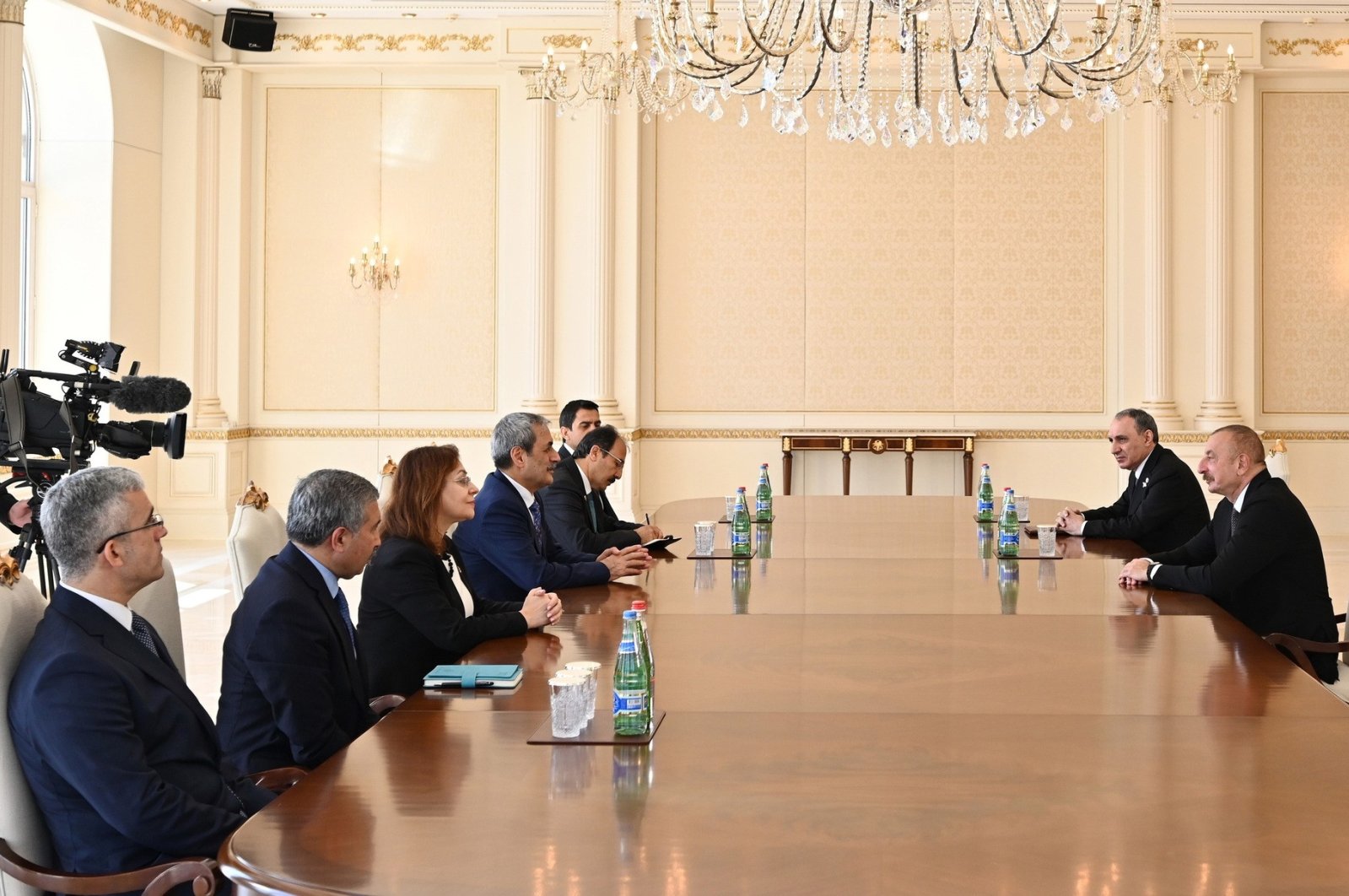 Bekir Şahin, Turkish chief public prosecutor of the supreme court of appeals, was received by Azerbaijan's President Ilham Aliyev in Baku, Azerbaijan, May 30, 2021 (IHA Photo)
by daily sabah
May 31, 2021 4:50 pm

Turkish and Azerbaijani delegations signed in Baku a memorandum of understanding (MoU) aimed at improving cooperation in the field of international law Monday.

Aliyev acknowledged and thanked Turkey for its support during last year's 44-day war with Armenia, which resulted in the liberation of Nagorno-Karabakh and many other occupied territories. Şahin also congratulated Azerbaijan on the victory.

Both sides affirmed that Turkish-Azerbaijani relations have reached a new level of strategic partnership.