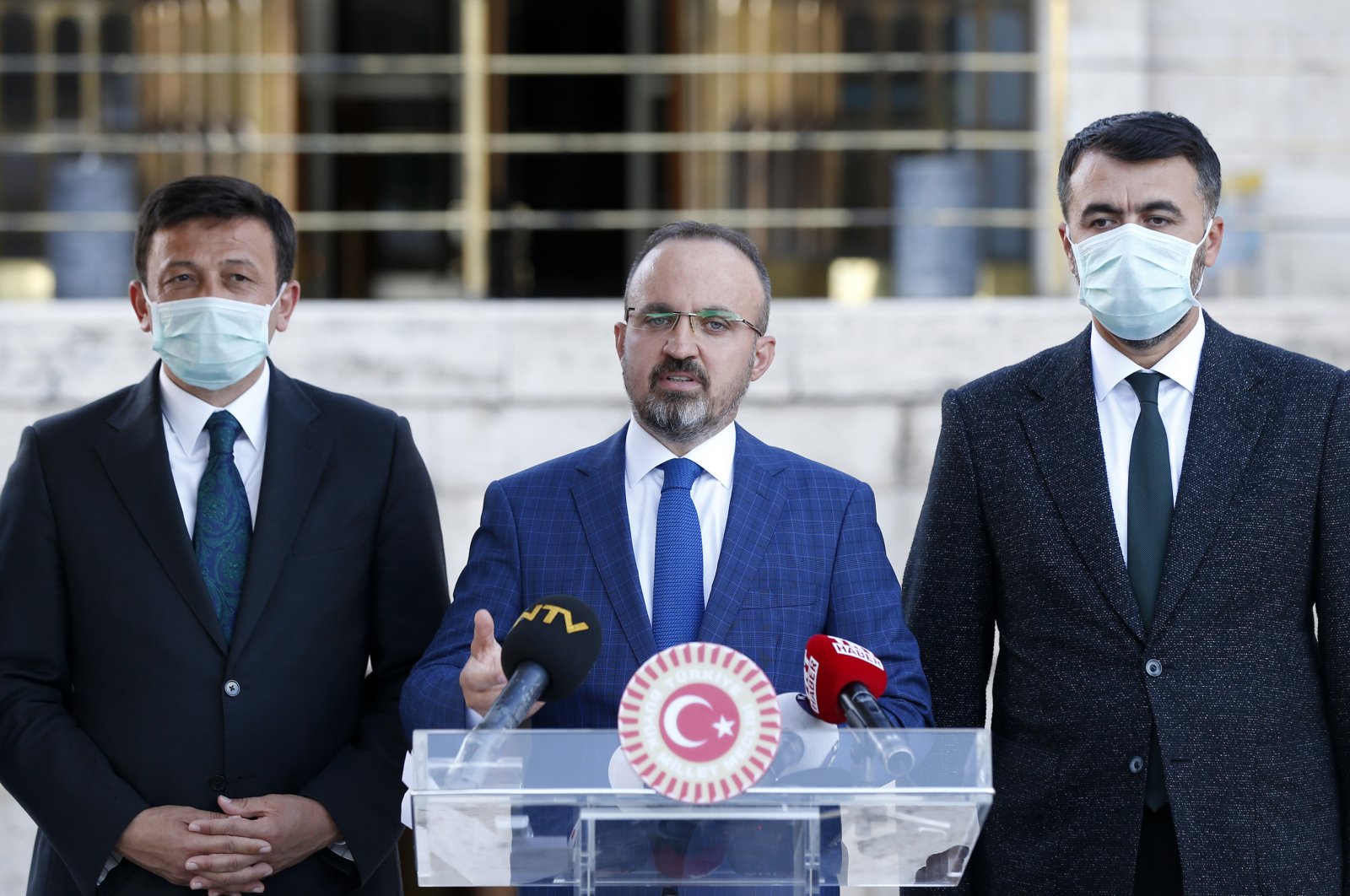 The proposed changes to Turkey’s bar association system currently being discussed by the Parliament’s Justice Commission is not merely about splitting the bar associations, a ruling party official said Thursday.

Justice and Development Party (AK Party) Group Deputy Chairman Bülent Turan told journalists that the proposal encompasses a just and equal delegate system for the associations. He noted that this would include eliminating the mandatory dress code and the bars' restrictions for lawyers, a more extensive evaluation of professional trials by introducing the option for lawyers to appeal to the top administrative court and other important factors that will benefit legal experts.

Turan also criticized some of the heads of bar associations who refused to hold talks during the proposal process and insisted on protests instead.

Meanwhile, other officials of bar associations wanted to attend the committee meetings as per the request of Turkish Bars Association (TBB) President Metin Feyzioğlu. Still, Turan said they could not admit all those who wanted to attend as it would have been too crowded and violate social distancing limitations put in place due to the coronavirus outbreak.

He noted they suggested that the bar association heads pick three members to attend the commission meetings, but Feyzioğlu “unrealistically” rejected the offer, saying that all of them had to participate. Turan said he also spoke with Zeynel Emre, a main opposition Republican People’s Party (CHP) Istanbul lawmaker, and made the same offer, but he also refused.

Turan also criticized the heads of bar associations for refusing to attend a number of important events, including the meeting last week, and opted for protest walks and the demonstration in front of Parliament instead. He continued by saying that he would resign from the Istanbul Bar Association after the proposal is finalized, due to the association head’s hostile attitude.

Some 33 heads of bar associations across Turkey gathered in front of Parliament on Thursday. CHP and Good Party (IP) lawmakers occasionally met with the officials and supported them.

Nationalist Movement Party (MHP) Kırıkkale Deputy Halil Öztürk said he believes the proposal will put an end to the domination of bar associations in metropolitan cities on smaller counterparts.

The MHP has been supporting the AK Party’s proposal to change the bar association in the country, while the CHP and IP oppose it.

“Our proposal aims to increase the prestige and reputation of lawyers as professionals,” Öztürk said.

“The Turkish people’s agenda does not include a request to make changes to the bar associations,” Erel said, adding that the lawyers also shared the same view. He also argued that the bar association heads should have been allowed to attend the meetings, although he did not mention social distancing concerns.

CHP Deputy Zeynel Emre also opposed the proposal and said it should be transferred to a subcommittee for discussion.

The recent proposal, submitted by the AK Party on Tuesday, aims to allow lawyers in cities with bars with over 5,000 members to form a second, third or fourth bar by gathering at least 2,000 lawyers. Each bar association in the provinces will be represented by three delegates and a president in the General Assembly of Union of Turkish Bar Associations.

The bill indicates that the lawyers will pay half of the bar fee in the first five years of their careers.

The multiple bar association system regulation was opposed by all 80 bar associations, 29 of which marched to Ankara on June 20. In protest of the regulation, hundreds of lawyers came together in front of Istanbul’s Çağlayan Courthouse Tuesday. Shouting “defense resists,” the lawyers said they would do whatever it takes to stop the regulation from passing in Parliament. Another group of lawyers also protested the bill in the capital city Ankara. The ruling party, on the other hand, says the bill is not against the position of attorneys in general but instead focuses on the administrative structures of the bar associations.

According to this new proposal, the bar associations will still be administrated from one united center, the TBB. However, there will no longer be one bar association for each province.

In the current system, since there is no proportional representation, the associations with more members have more voice in the TBB. They are also able to form administrative branches with people they choose, rather than have a variety of lawyers representing all segments of society.

Most bar associations in Turkey are highly critical of the judicial system, and confidence in judges and prosecutors has been destroyed.