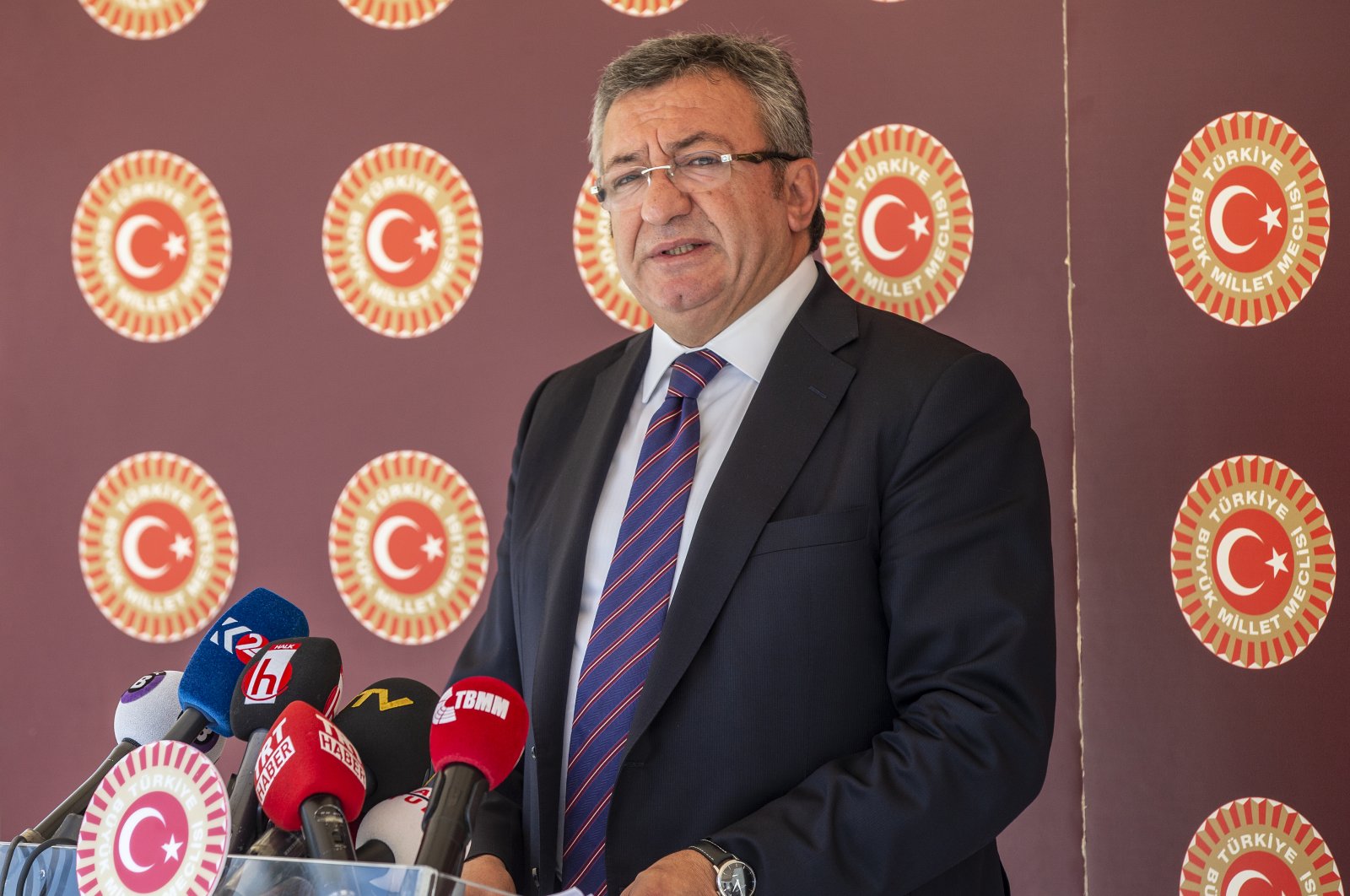 The main opposition Republican People’s Party (CHP) applied to the Constitutional Court late Thursday, demanding the cancelation of the ruling Justice and Development Party’s (AK Party) bill to regulate Turkey’s bar associations, which paves the way for the creation of multiple bar associations in Turkish provinces.

CHP group deputy chairman Engin Altay said the representation rights of Istanbul, Ankara and Izmir bars in the Union of Turkish Bar Associations' (TBB) general assembly have been violated and that the bill is also in violation of Articles 2, 13, 67 and 137 of the Turkish Constitution.

Saying that if the Constitutional Court decides not to override the bill, it will polarize the nation, he added he is hopeful the judges will rule in favor of the CHP's application.

"I'm 100% sure the Constitutional Court will accept our application," he said.

The CHP also included in their application the Constitutional Court's previous rulings and the TBB’s report, which is against the AK Party's bill.

The report said the government's bill is against the principle of professional solidarity, violates the principle that defense is one of the founding elements of the judiciary and will weaken the defense.

The AK Party submitted the bill to Parliament's Justice Commission on June 30, which was approved and later passed by a vote of the General Assembly on July 11, taking effect on July 15.

"For the bars that have more than 5,000 members, we are introducing a regulation that at least 2,000 lawyers can form the second, the third or the fourth bar by coming together," Cahit Özkan, deputy group chair of the AK Party, told reporters in Parliament.

Each bar association in the provinces will be represented by three delegates and a president in the general assembly of the TBB, Özkan noted. "Before bringing the regulation forward, we went conducted rigorous research," he said.

According to this new bill, the bar associations will still be administrated from one united body, the TBB. However, there will no longer be only one bar association for each province.

This bill mainly affects metropolises such as Istanbul, Izmir and Ankara, due to their large number of lawyers. For instance, in Istanbul, there could be 23 different bar associations at the same time.

In the former system, since there was no proportional representation, the associations with more members have more voice in the TBB and are also able to form administrative branches with people they choose, rather than having a variety of lawyers that can represent all segments of society.

Most bar associations in Turkey are highly critical of the judicial system, and confidence in judges and prosecutors has been destroyed.