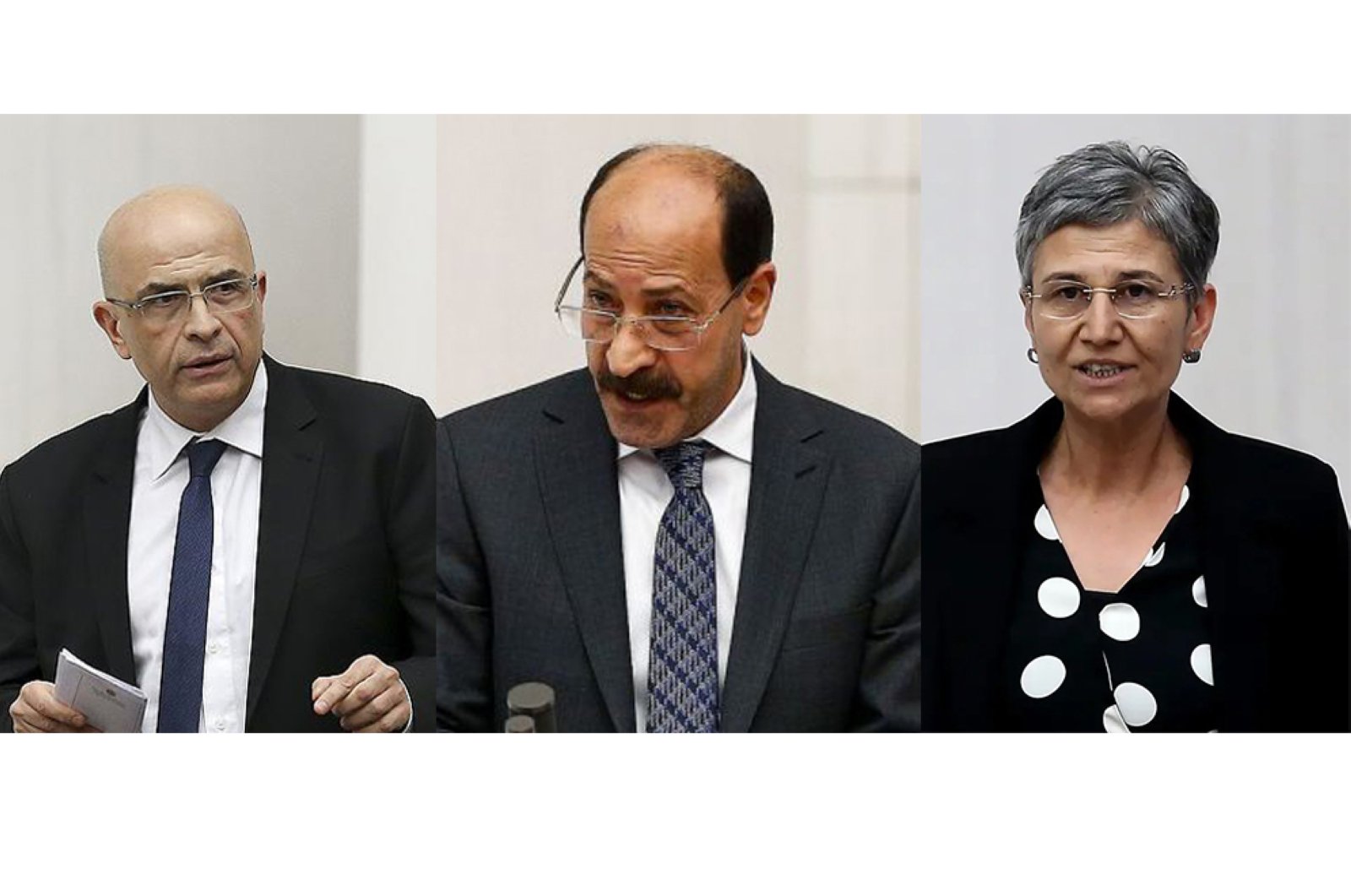 The reason for the decision was cited as the existence of judicial decisions against the three deputies.

In 2018, a Turkish court ruled to release Berberoğlu after having sentenced him to five years and 10 months for his role in leaking secret documents during the National Intelligence Organization (MIT) trucks case.

The CHP deputy was found guilty of disclosing secret state documents by the 2nd Penal Department of the Istanbul Regional Court of Justice.

The supplies in the trucks were seized and MIT agents were handcuffed before being detained. The case stunned the nation, as it was the first time that the military explicitly intervened in the affairs of the intelligence agency. The operation was conducted hurriedly and the governor of the province was informed about the incident in its latest phase.

After being stripped of his deputyship, Berberoğlu was detained by security forces in Istanbul late Thursday. Appearing in front of the court immediately after his detention, Berberoğlu was arrested and transferred to Maltepe Prison.

Before being detained, Berberoğlu made a statement, confirming his punishment and the decision of his deputyship.

"This decision is no surprise for me," he said, signaling that he was expecting such a move.

HDP's Güven and Farisoğulları, on the other hand, were arrested for being members of the PKK terrorist group.

The Turkish government has long accused the HDP of close links with the PKK. The HDP is known for its support of autonomy in regions where large Kurdish populations live. Also, some of its members have been charged or accused of having links to the PKK. Its former co-leader, Selahattin Demirtaş, was arrested in November 2016 over propaganda in support of the terrorist organization.

The decisions drew major reactions from opposition parties while the government defended the move. On Friday, HDP deputies organized a protest in front of Parliament. Speaking to the press during the protest, HDP's parliamentary group deputy chairman Hakkı Saruhan Oluç criticized the decisions, claiming that they were taken before the judicial process was completed.

"The decision is taken while there was a controversial judicial process ongoing," said another parliamentary group deputy chairman of the HDP, Meral Danış Beştaş.

CHP's parliamentary group deputy chairman Engin Özkoç, on the other hand, claimed in a joint news conference with the party's deputy chairman Muharrem Erkek that Berberoğlu was "innocent."

The discussions also came to the fore in Parliament as opposition figures expressed their criticism during the parliamentary sessions. The criticism, however, was rebutted by members of the ruling Justice and Development Party (AK Party), who stated that the decisions were grounded.

"The issue is the implementation at a decision that was made official within the scope of the constitution. There is the exhaustion of domestic remedies," said Cahit Özkan, AK Party's parliamentary group deputy chairman.

Vice President Fuat Oktay also said Thursday from his Twitter account that "the ones who are uncomfortable with Parliament's informing of a court decision on the persons who were convicted on terrorism charges do not have anything to offer to this country."

Oktay continued by underlining that this "mentality" still suffers from not being able to acknowledge "democracy and the people's will."

Parliamentary Speaker Mustafa Şentop also touched upon the judicial process and the lawfulness of the decision Friday.

"According to the constitution, there is no obligation to wait until the judicial process is completed in order to come up with such as decision," he said, emphasizing that the criticisms are baseless in terms of the law.

Calling everyone to read the constitution, Şentop said that these law materials exist to be read and understood, not to use to show off in front of the press.