Fate of 90,000 prisoners during plague to be determined by Turkish parliament with new policy 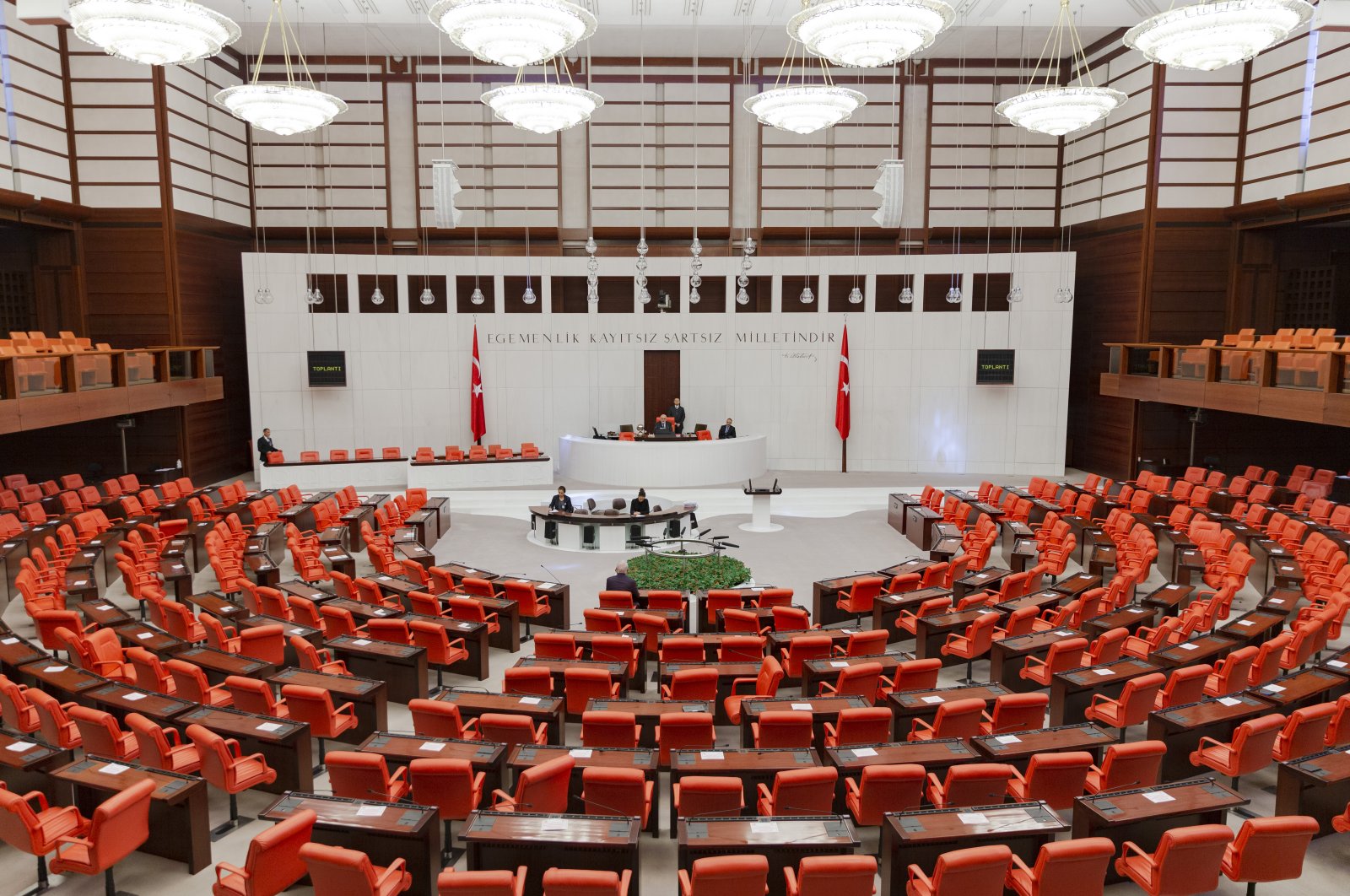 Parliament is expected to hold the first meeting on the new policy of remissions for the prisoners on Tuesday, with the possibility of having another one on April 10 if the discussions are not completed within the day. (AA)
by DAILY SABAH Apr 06, 2020 2:16 pm
RECOMMENDED

Parliament is expected to have a busy schedule this week as a new bill, with the power of changing the fates of thousands of prisoners, is expected to lead the main agenda of the General Assembly.

The new policy, which was accepted by the justice committee of Parliament last week, consists of 70 articles and implements a new regulation for 90,000 criminals, issuing remissions and house arrests. Parliament is expected to hold the first meeting on the issue on Tuesday, with the possibility of having another one on April 10 if the discussions are not completed within the day.

The policy offer, which was made by the ruling Justice and Development Party (AK Party) in partnership with the Nationalist Movement Party (MHP), presents alterations to a total of 11 laws within the scope of the Turkish Penal Code.

“The ones (prisoners) aged 65 or above and those with children younger than 6 will be able to move to house arrest,” Özkan said.

Crimes related to terrorism, sexual offenses, drugs, homicide and violence against women have been excluded from the scope of the regulation, Özkan said, adding that for other crimes, a permanent remission by half has been issued.

If the bill passes in Parliament, enforcement courts will be established in all the provinces, as well as some districts depending on their geographical and demographic circumstances. The judges of the courts will be able to review complaints about decisions made by public prosecutors regarding the fate of criminals and security measures.

The new regulation also enables the criminals currently at open penitentiary institutions to be considered "on leave" until May 31, within the scope of measures taken against the coronavirus. If the pandemic continues, this release with judiciary control could be extended three more times, each one for two months. For female prisoners with newborns and criminals older than 70, the probation period will be set at four years.

The prisoners older than 65 and in need of help due to reasons such as chronic diseases or disabilities, will also be able to benefit from the probation. The prisoners may be monitored during their probation period through electronic devices with the permission of the criminal. The bill also brings about a reduction in sentences of underage convicts.

According to the new policy, criminals whose sentences are less than 10 years will be sent to open prisons for a limited period of time. The ones who are serving their sentence for terrorism-related charges will be exempt from this benefit.

Convicts sentenced to more than 10 years in prison will be transferred to minimum-security prisons if judges approve and in cases of good conduct or eligibility for parole.

Turkey’s prison population is around 300,000, and the government strives to prevent overcrowding in prisons, a major health risk during the coronavirus outbreak. While speaking to Demirören News Agency (DHA) last month, Naci Bostancı, parliamentary group chairman for the AK Party, said the bill is not “an amnesty. They will still serve their terms. The bill aims for the rehabilitation of convicts." He also said: “It concerns the execution of the sentences, not their length. This is not a political matter. We have negotiated it with other parties, and we are sensitive about its extent, especially in terms of crimes involving terrorism and violence,” reminding members of the press that the bill was still in the draft phase and could change substantially.

“People will be punished if they commit a crime, but we have to look at it from the aspect of rehabilitation and how such sentences will impact their lives in the long term,” he said.

The habitual offenders, who were excluded from the regulation at first, were included within the regulation's scope as the remission percentage of these crimes decreased to 67% from 75%.

As a response to a question asking what the red lines of the AK Party were while preparing the regulation, Justice Minister Abdulhamit Gül referred last week to a previous statement of President Recep Tayyip Erdoğan and expressed that no step will be taken that would harm the public's conscience.

"Our president had an approach to the issue that made it clear that no remediation will be made on felonies that the society cannot accept, such as homicide and sexual crimes. Our work has been done with a focus on this sensitivity," he underlined.

The preparation process of the regulation has been ongoing for quite some time now. During this process, the AK Party, which is the main party responsible for the preparation of the regulation alongside the Nationalist Movement Party (MHP), paid a visit to all of the opposition parties, including the main opposition Republican People's Party (CHP), the Good Party (İP) and the Peoples' Democratic Party (HDP). Noting the demands of these parties, the AK Party accelerated efforts to come up with a regulation that would meet the expectations as much as possible.