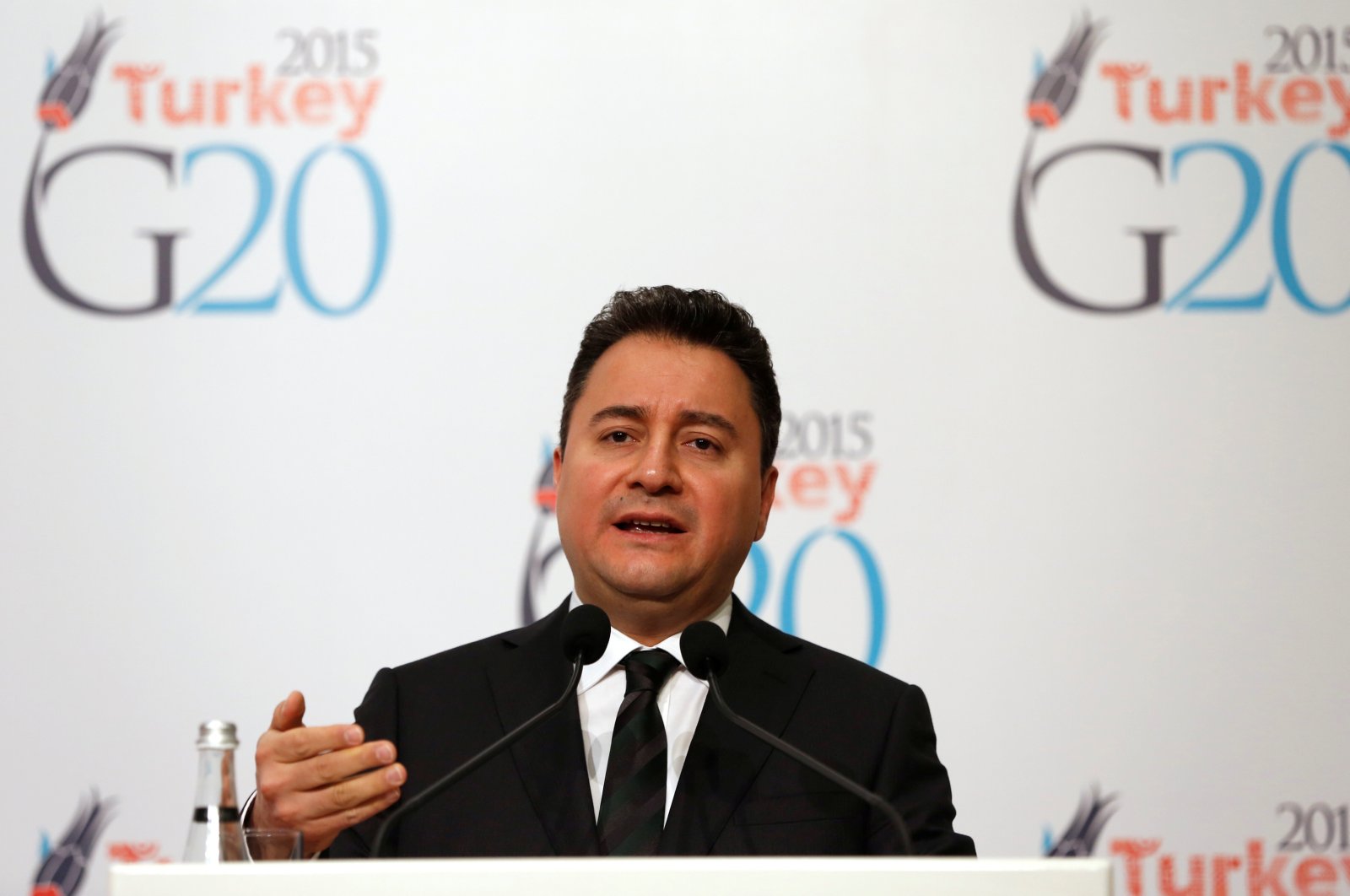 "We will confirm the party name at a launch program Wednesday," Babacan said, adding that his supporters would submit an official request with the Interior Ministry Monday. Early reports suggest that the party will be named the Democracy and Progress Party (DEVA). The acronym means remedy in Turkish.

One of the founding members of the AK Party, which has ruled Turkey since 2002, Babacan served as the economy and then foreign minister before becoming deputy prime minister, a post he held from 2009 to 2015.

Babacan announced last July that he was resigning from the AK Party saying that there had been serious divergences between the principles he believes in and the AK Party's policies in recent years. He added that the country now has "a new, dynamic generation that has different expectations."

In December, another former member of the AK Party and former Prime Minister Ahmet Davutoğlu established the Future Party (GP).

Following Babacan’s resignation, the AK Party's leader, President Recep Tayyip Erdoğan, highlighted similar things had occurred in the past when deputies left the AK Party to form splinter parties. "However," he added, "these attempts eventually failed."

"You probably remember some of them. For example, Mr. Erkan (Mumcu), but maybe not all of them. One of them, for instance, is now with Mr. (Kemal) Kılıçdaroğlu (the CHP leader). He ardently left the party, but his party failed," the president said about former Deputy Prime Minister Abdullatif Şener. Şener left the AK Party and announced the establishment of a political party in 2009 called the Turkey Party (Türkiye Partisi). Şener closed his party shortly after its founding in 2012 due to its failure to establish political goals. He later joined the main opposition Republican People's Party (CHP).

Turkish politics have witnessed the forming of new political parties that fail to attract supporters or leave a mark on politics. There are several instances of newly formed parties failing just after a year. For instance, Emine Ülker Tarhan founded a new party named the Anatolia Party in 2014 after she resigned from the CHP. Tarhan's discourse was to "raise Turkey to its feet with the Anatolia Party." However, the party only survived a year. An additional example is former Foreign Minister İsmail Cem, who resigned from the Democratic Left Party (DSP) in 2002 and formed the New Turkey Party (YTP), which was closed after failing in its first elections.