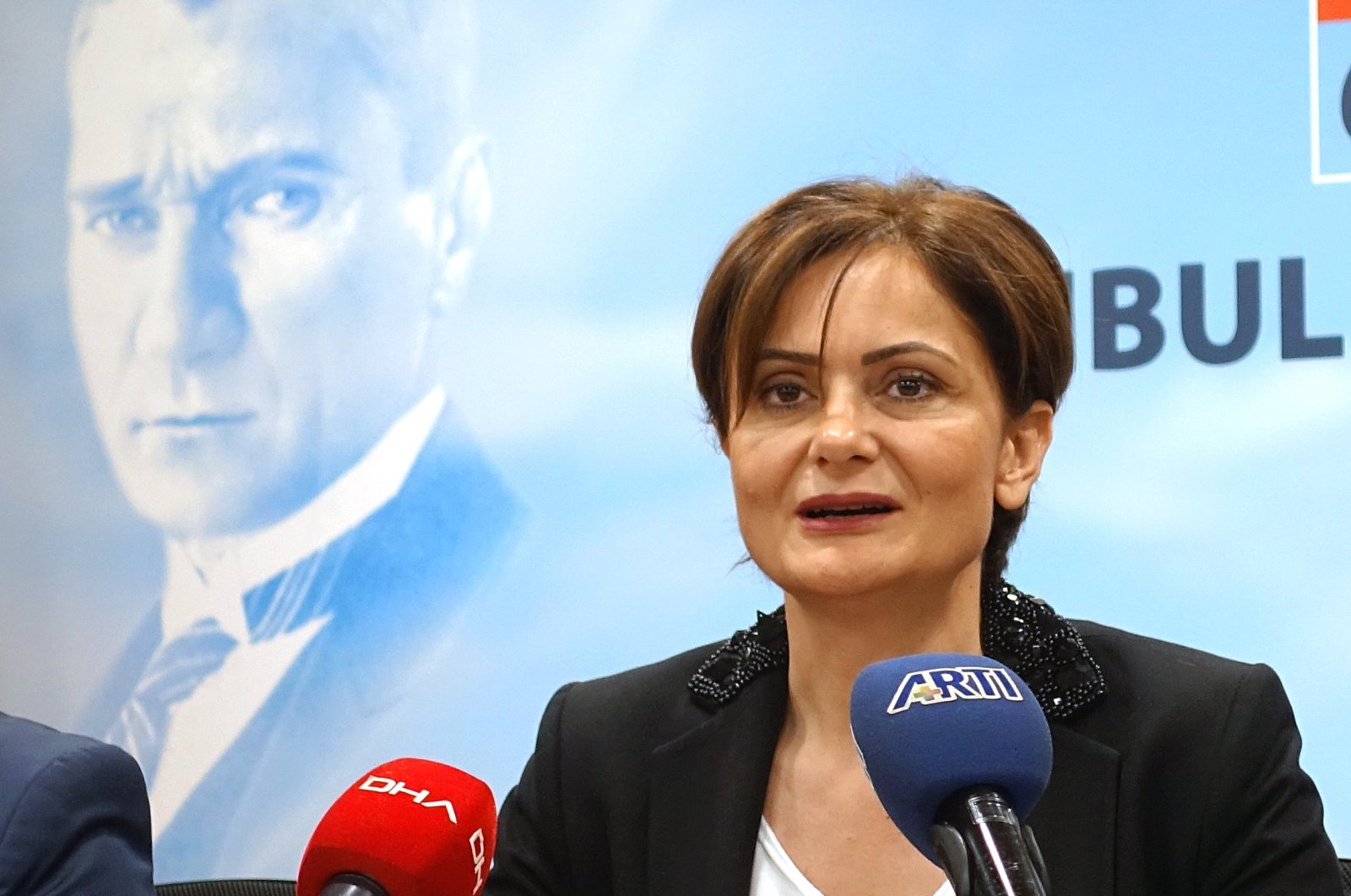 Internal discussions within the main opposition Republican People’s Party (CHP) over its Istanbul head's remarks about Mustafa Kemal Atatürk, the founder of the modern Turkish republic, are getting heated.

The dispute began when Canan Kaftancıoğlu said she prefers to call the nation's first president “Gazi Mustafa Kemal” instead of “Atatürk.”

Following her remarks, many party members and civil society organizations condemned Kaftancıoğlu. Seeing the public's reaction, it was reported that the CHP issued a warning to Kaftancıoğlu, and she had to make a new statement to clarify the issue.

“Against junta members who locked Atatürk in static and frozen interpretations and against confused people in the current world of ideas, I will continue to adopt a dynamic Mustafa Kemal Atatürk who always favored reason, science and revolutionism,” she stated.

Muharrem Ince, a dissident of the CHP and a former presidential candidate who launched a new political movement called "Homeland in a Thousand Days,” was one of the leading figures who criticized Kaftancıoğlu’s comments.

“Gazi Mustafa Kemal Atatürk is the national struggle, liberation, foundation, republic, reason, science and revolution. His presence is our biggest victory,” he said.

Yaşar Tüzün, a CHP deputy from western Bilecik province, also said that their Istanbul head does not represent the party and is not a fit for her current office.

On social media, many CHP supporters likewise condemned Kaftancıoğlu’s remarks and said that she does not embody the party.