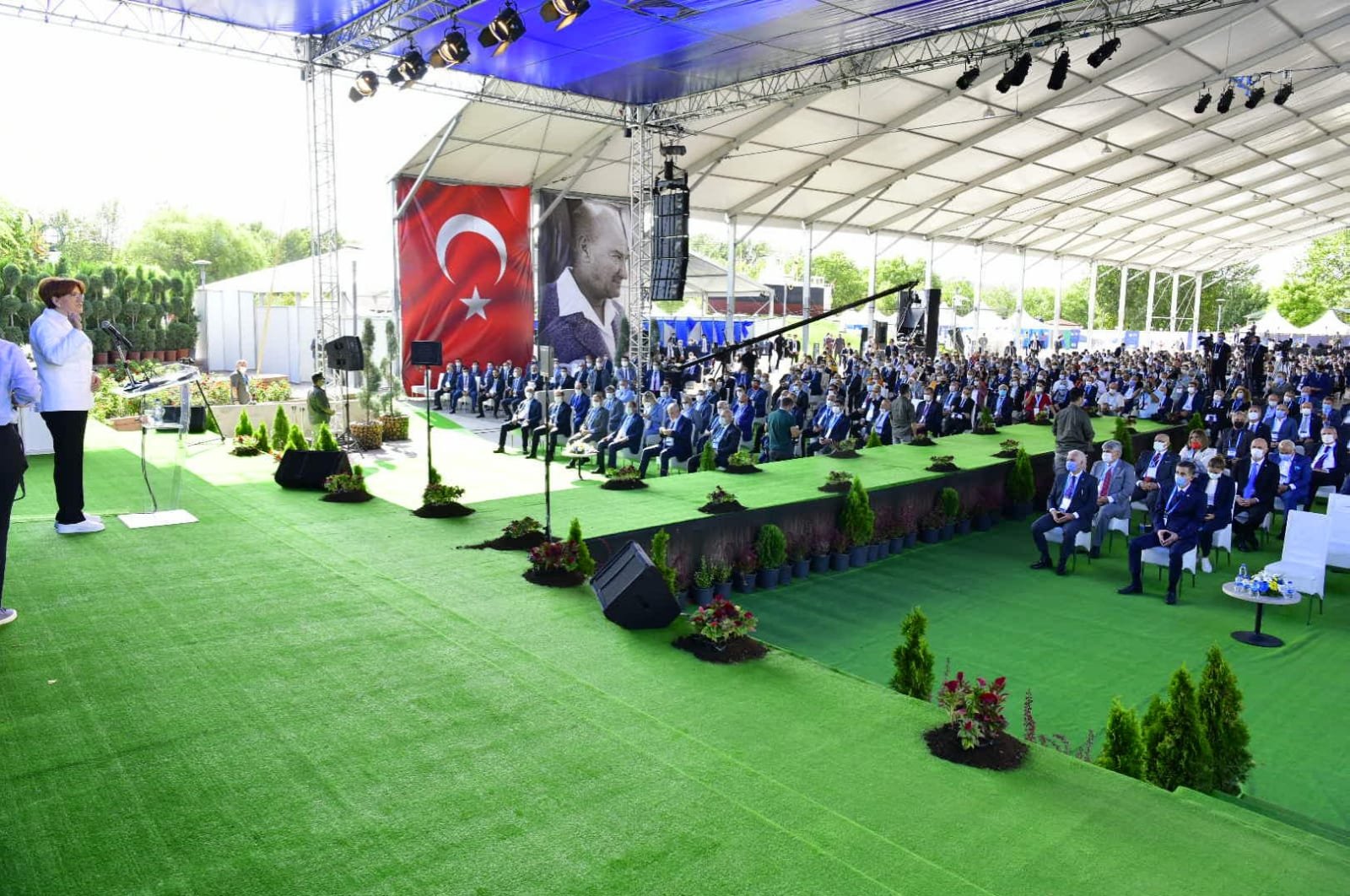 The opposition Good Party (IP) on Sunday gathered in the capital Ankara’s Altınpark to hold its second ordinary party congress.

Due to concerns surrounding the COVID-19 pandemic, the party decided to hold the congress in the open field of Altınpark.

After IP Chairperson Meral Akşener arrived at the venue and greeted the delegates, the council chairmanship was formed. The congress then commenced its meeting following opening speeches from party members.

In line with pandemic regulations, the participants maintained social distancing requirements and wore face masks. Disinfectants were also placed at many points of the area.

After the vote, Akşener – the only candidate – was reelected as the party chair by receiving 1,289 votes of the 1,289 delegates who voted. The party has a total of 1,379 delegates.

The party decided to postpone its ordinary party congress on March 16 due to the coronavirus outbreak after the party's local congresses began on Feb. 1. Relaunching its efforts for the ordinary congress on June 21 following the introduction of tentative normalization for daily life countrywide, the IP completed its local congresses at the end of August. In these congresses, the party determined its district heads and delegations for the ordinary congress.

The IP is an offshoot of the Nationalist Movement Party (MHP). It was formed when a group of party members split from the MHP due to its chairman's, Devlet Bahçeli, cooperation with the ruling Justice and Development Party (AK Party). Having failed to dislodge Bahçeli in a heated judicial process, MHP dissidents left the party in 2016 and established the IP under Akşener's leadership in October 2017. Much like its parent party, the IP had a nationalist stance, yet drifted away from its initial raison d'etre by cooperating with the center left-secular, main opposition Republican People's Party (CHP).