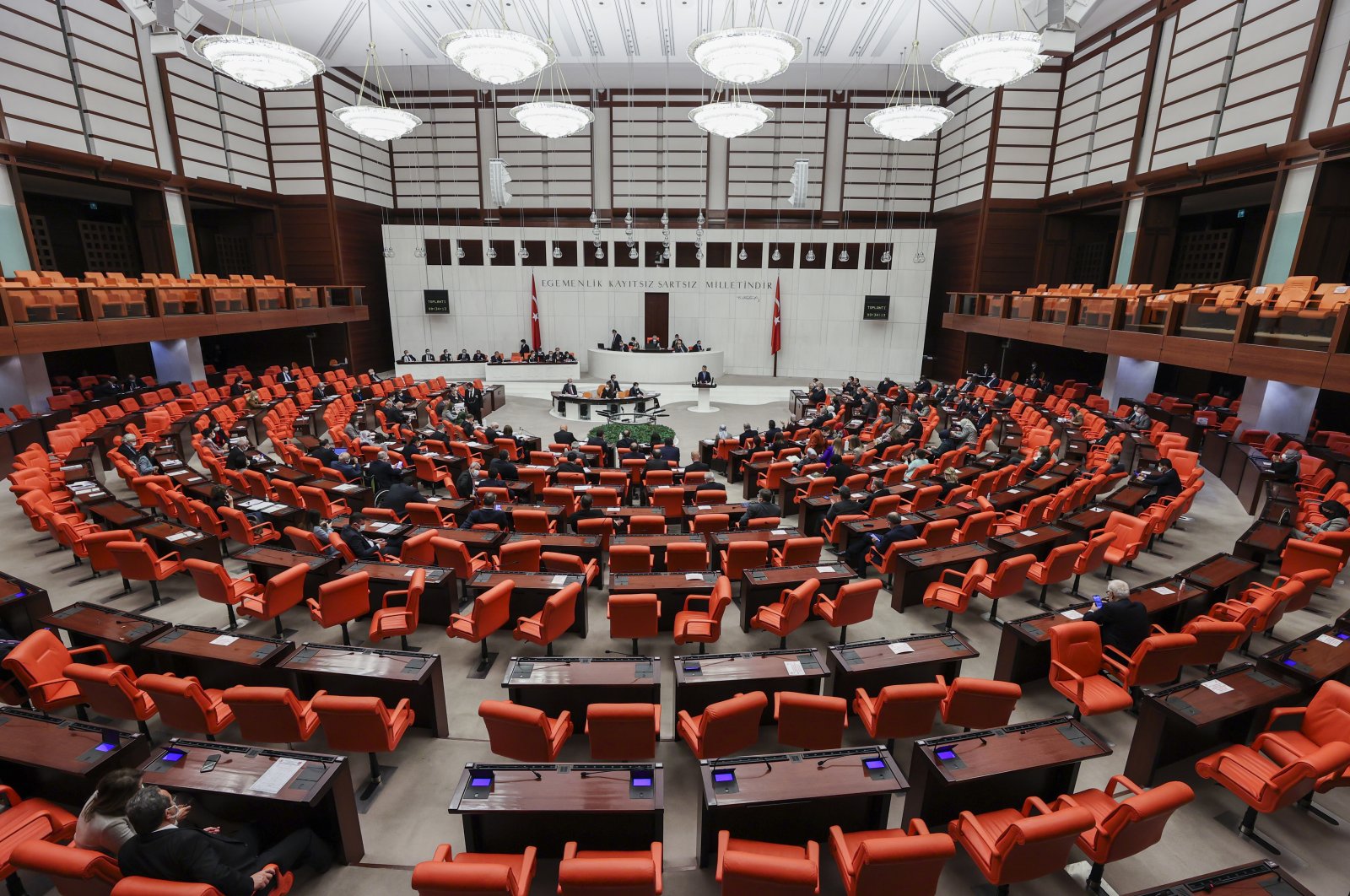 The main opposition Republican People's Party (CHP) is in deep water as a string of allegations of sexual misconduct in multiple provincial and district structures of the party has come to light in recent days. The Turkish Parliament is being urged to examine the claims upon petitions by three of the victims.

The Parliament's Committee on Equal Opportunities for Women and Men is expected to listen to the claims of the victims in the upcoming days, with an aim of preventing any further misconduct while bringing the responsible parties to justice.

"We will be monitoring these cases. Regardless of their political views, we call on everyone who faces any harassment to come and report it. We are ready to provide protection and do whatever we can," said the head of the commission, Fatma Aksal, according to Turkey's Yeni Şafak daily.

Noting that, "unfortunately," similar cases take place in every segment of society, Aksal said "rape does not have any party or region."

"Insincerity and hypocrisy are what bother us. The CHP, when there are rape or harassment cases in its organizations, not only remains silent but also tries to cover up the allegations," Aksal said.

Aksal urged victims not remain silent, assuring them that their rights will be protected.

On Dec. 11, President Recep Tayyip Erdoğan pointed to the escalating claims regarding the sexual misconduct in the main opposition party, saying, "It is shameful to see that the second biggest party of the country is making headlines with such claims."

Criticizing the CHP authorities for not taking any steps to investigate the allegations, Erdoğan called for a deeper examination into the issue.

Following Erdoğan's call, the cases were brought to the table during the ruling Justice and Development Party's (AK Party) Central Executive Committee and Central Decision Board (MKYK) this week, and it was suggested that electronic bracelets be put on the alleged perpetrators of such misconduct.

However, while the government and the ruling party are working to shed light on the cases, the CHP continues to maintain its mostly silent stance on the issue. The few statements that have come from CHP authorities deny all the allegations.

The CHP's group deputy chairperson Engin Altay said on Dec. 16 that the claims are nothing but "gossip."

"Such allegations should be based on very concrete evidence," Altay said, adding that through these claims, people are trying to wear out the CHP.

One of the key names that brought the harassment allegations to the fore was Barış Yarkadaş, a former CHP deputy and journalist. Yarkadaş not only reported the claims on both social media and TV but also accused CHP Istanbul Chairperson Canan Kaftancıoğlu of covering up the incidents. Soon after, Yarkadaş's TV show on the CHP-aligned Halk TV channel went off-air.

The first allegations were made against the Istanbul organization of the main opposition party. Initially, the CHP's deputy district head of Maltepe, Umut Karagöz, was accused of raping a female coworker at a coffee shop. After an official complaint was filed, Karagöz was arrested for sexual assault. Yarkadaş entered into the case at this point and said that he had been hearing similar stories from different local organizations of the party. His claims soon turned out to be true.

This initial incident was followed by others in the Ümraniye, Esenler, Avcılar and Şişli district organizations of the party. In Esenler, the former deputy chairperson of the party administration in Esenler, Hüseyin Koç, claimed that although women in the district often face sexual misconduct from the men associated with the party, and multiple incidents had been reported to Kaftancıoğlu, he preferred to overlook the cases and cover them up.

However, the assault claims against the CHP have not been limited to Istanbul, as soon after, reports started to emerge from other provinces' party organizations, including Tokat, Sivas, Bitlis and Konya.

In the southeastern province of Bitlis, the party's provincial head, Veysi Uyanık, is currently being tried for accusations of sexual assault and blackmail.

In the central province of Konya, the provincial head of the party, Barış Bektaş, rejected the sexual misconduct accusations against him, calling them "childish claims."

The latest reports of sexual assault came from the CHP's organization in the southwestern province of Muğla, where, according to Sabah daily, the secretariat of the party with the initials A.E. was sexually attacked by a party delegate, 58-year-old Mehmet A.

"We have been working together for a long time. He is the same age as my father. I trusted him. At first, I found it hard to acknowledge the fact that such an incident has taken place. I couldn't share it with anyone. I was worried that I could lose my job and no one would believe me," said A.E., who is a divorcee with a child.

Opening up to the party's provincial head Adem Zeybekoğlu and provincial head of the women's branch Aysun Korkut on the issue, A.E. said that after being informed, the two party authorities tried to bring A.E. and Mehmet A. together to resolve the issue.

The scandal in the CHP comes on the heels of the shocking sexual assault by a deputy of the pro-PKK Peoples' Democratic Party (HDP).

That incident marked the first time a victim of sexual assault directly spoke to lawmakers in Parliament.

Former HDP deputy Tuma Çelik lost his immunity and was discharged from the party following the confirmation of the allegations.

The victim, identified only by the initials D.K., attended a closed-door meeting led by Ali Özkaya, the AK Party's Afyonkarahisar deputy.

D.K. reportedly told lawmakers about her experience and answered questions.

She noted that she had informed HDP lawmakers about the incident, but most of them had ignored her complaint, while one told her that they were busy dealing with mayors being replaced by trustees and thus could not “afford to lose a single lawmaker.”