Parliament to hold special centennial session to celebrate its foundation, celebrated around world 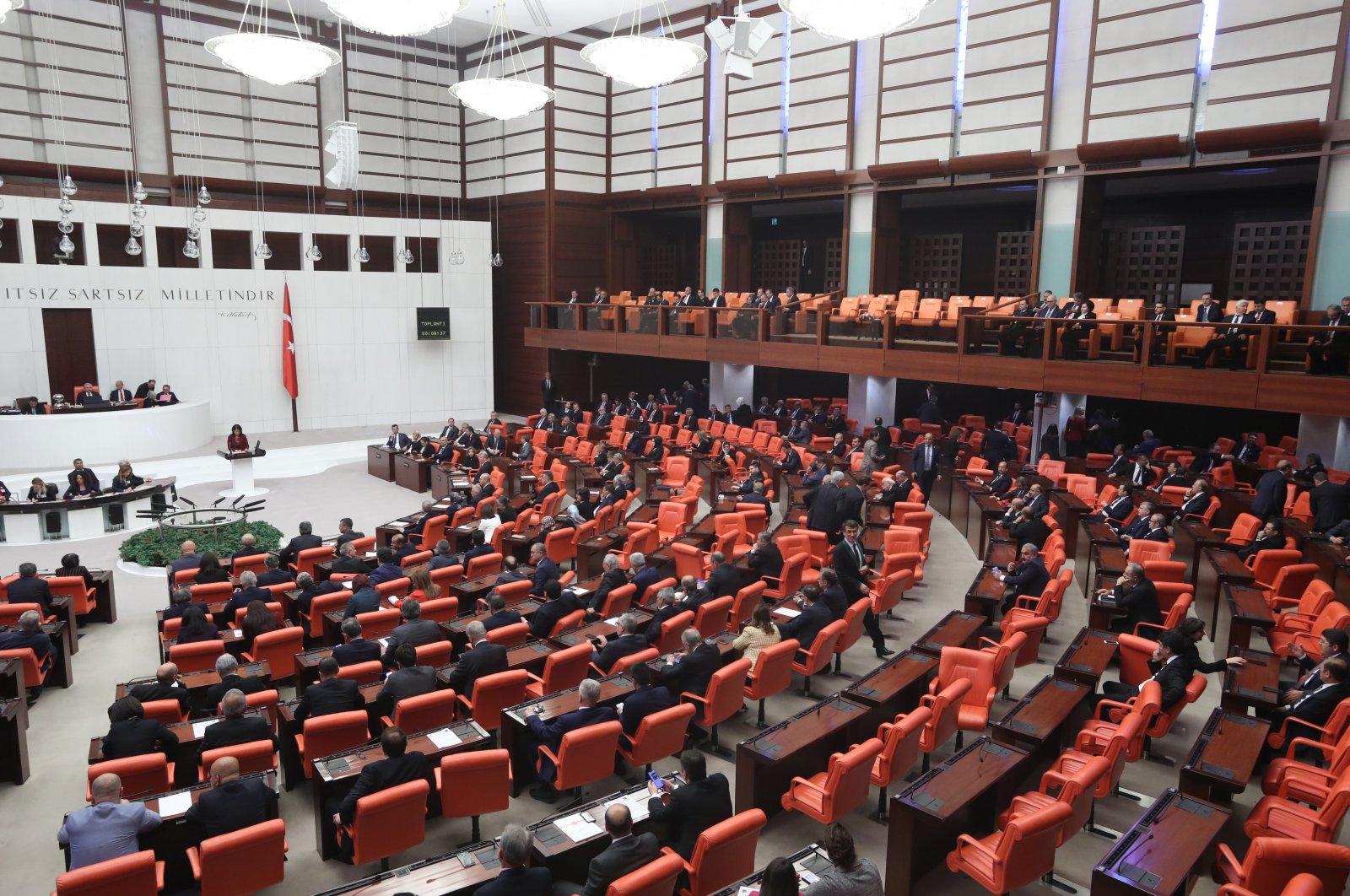 A special session of Parliament for the celebration of National Sovereignty and Children's Day as well as the 100th anniversary of the foundation of Parliament will be held on April 23, 2019. (Photo by Ali Ekeyılmaz/Daily Sabah)
by Daily Sabah with AA Apr 22, 2020 11:26 am
Edited By Eralp Yarar
RECOMMENDED

Parliament will hold a special centennial session on Thursday as Turkey celebrates the National Sovereignty and Children's Day as well as the 100th anniversary of the foundation of Parliament.

Ahead of the special session of Parliament, Parliament Speaker Mustafa Şentop, top government officials and politicians will attend a ceremony held at Anıtkabir, the mausoleum of Mustafa Kemal Atatürk, the founder of the Turkish Republic.

The special session will begin with Şentop's inaugural speech. In the special session, leading lawmakers from all political parties represented in Parliament will address the General Assembly. Due to the coronavirus outbreak, for the first time ever, President and leader of the ruling Justice and Development Party (AK Party) Recep Tayyip Erdoğan will not attend the special session. Erdoğan will follow the session from his current residence at Huber Mansion in Istanbul.

Parliament had delayed a number of centennial events due to the coronavirus pandemic. Turkey has so far registered nearly 96,000 coronavirus cases, with a death toll of 2,259.

After being first detected in China late last year, the virus has spread to 185 countries and regions. It has killed some 177,500 people and infected 2.56 million, while nearly 687,000 have recovered, according to the U.S.' Johns Hopkins University.

The April 23 celebrations focus on children after Atatürk, the first speaker of Parliament, dedicated the day to children as the nation's future. The Grand National Assembly or Parliament met for the first time in 1920 in Ankara, the country's future capital, during the War of Independence to lay the foundations for an independent, secular and modern republic.

Celebrations will continue all around the world, including in Bosnia. Bosnia-Herzegovina's historic Mostar Bridge was illuminated with the colors of the Turkish flag late Tuesday to mark the 100th anniversary of the establishment of Turkey's parliament. "The Grand National Assembly of the Republic of Turkey marks its 100th anniversary. We are celebrating with joy," the Turkish Consulate General in Mostar said in a statement.

The Mostar Bridge was destroyed by intense artillery shelling launched by Croat forces on Nov. 8, 1993, and collapsed into the waters of the Neretva River the following day. It was built in 1566 in Mostar city by Mimar Hayreddin, a student of the famous Ottoman architect Mimar Sinan. With the support of Turkey, it was rebuilt in accordance with the design of the original bridge in 2004. Mostar Bridge was added to UNESCO's World Heritage List in 2005.