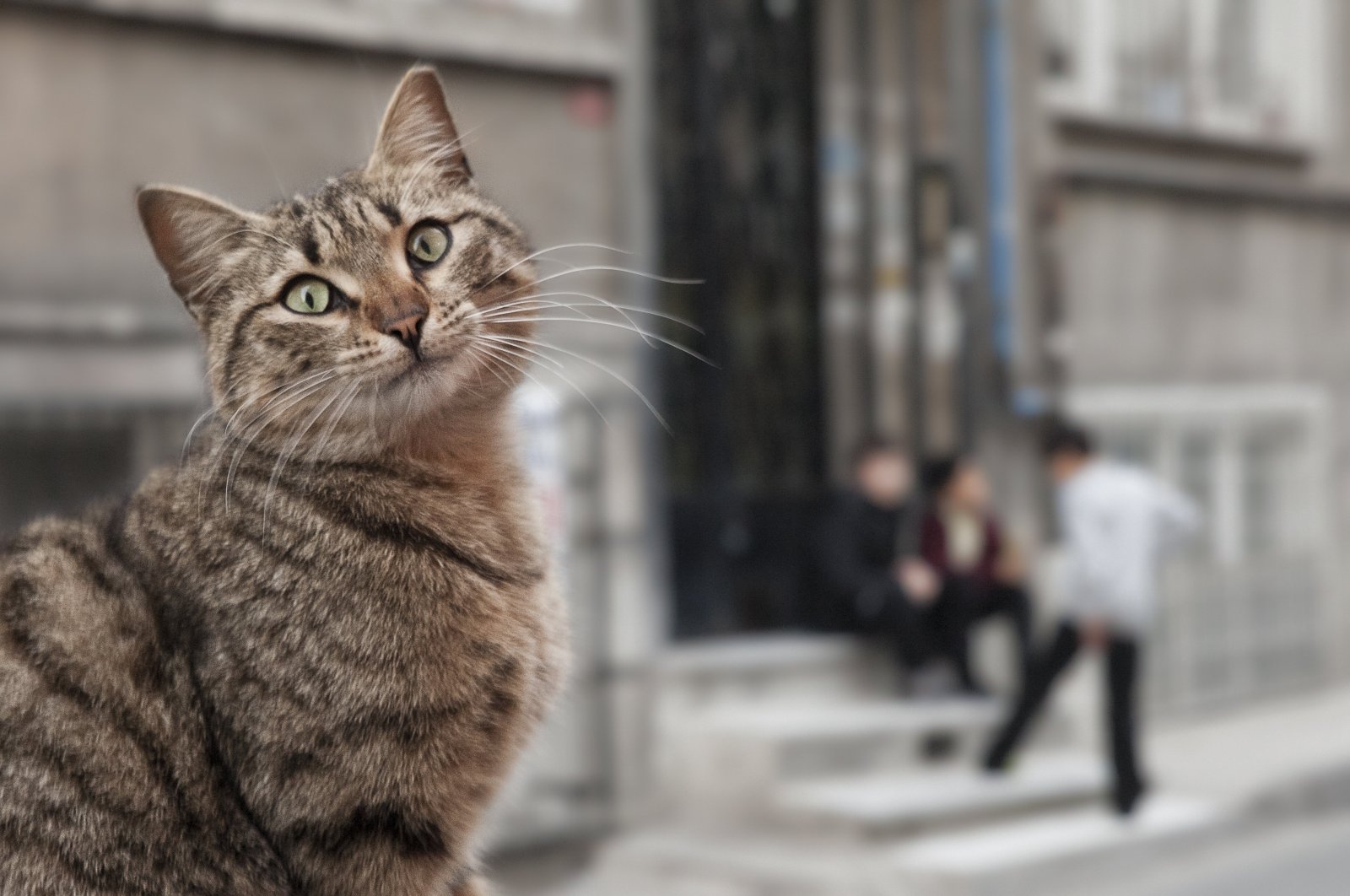 A cat poses for the camera on the streets of Istanbul, with three children in the background.
by DAILY SABAH WITH AGENCIES Nov 25, 2020 2:04 pm
RECOMMENDED

After a decade of discussion, Turkey's bill on animal rights has been updated, reaching its final draft. The bill is expected to be enacted in the coming days, following the completion of budget talks for 2021 in Parliament.

For the past 10 years, the new bill on animal rights has been one of the main topics of discussion in the parliament as maltreatment of animals has been a frequent concern voiced by the public. Currently, there are two drafts in preparation, one of which is being prepared by the Ministry of Environment and Urbanization, while the other is being worked on by Parliament's Animal Rights Research Commission.

The anticipated law will redefine animals as living beings instead of “commodities” as is the case under current laws. Thus, the legislation aims to curb incidents of violence against animals, some of which have made the headlines in recent years. The new definition will automatically put crimes against animals on equal footing as violence toward humans and carry a jail sentence. Currently, any crime against animals is punished with lenient fines, and courts have handed down light sentences in a few exceptionally brutal cases.

Under the updated law, maltreatment against animals would be punishable by at least two years in prison. Pets would be tagged with a microchip, enabling them to be tracked properly. If a pet is determined to have been left on the streets by its owner, the owner could face a penalty of up to TL 10,000 ($1,255).

Additionally, the bill mandates sterilization for all stray animals, and the municipalities will be tasked with this job.

Pet shops will also be affected by the new bill. They will only be allowed to sell animals online and will be required to keep them in their natural habitat until adopted.

Complaint offices will be set up at local branches of the Ministry of Agriculture, enabling the public to lodge complaints regarding violence toward animals. The offices will then proceed with an investigation, referring the cases to courts. The bill will also task the municipalities with mandatory construction of animal shelters, but municipalities are expected to be given subsidies by the central government to fund the shelters.

According to Hürriyet daily, the ruling Justice and Development Party's (AK Party) deputy group Chairperson Özlem Zengin gave a presentation on the content of the draft at the party's Central Executive Committee and Central Decision Board (MYK) meeting this week, saying that, following the budget talks, the bill will finally be signed into law. President Recep Tayyip Erdoğan reportedly responded to Zengin by saying, "Do not delay it any longer."

A similar preparation period previously took place for the animal rights bill during the beginning of the new legislative session and yet the draft on the issue has failed to find a place among the prioritized resolutions.

The majority of the discussions on the bill, on which all parliamentary parties reached a consensus, revolves around its expenses since the responsibilities and economic burden of the municipalities are expected to increase following the enactment of the bill. It is reported that in order to provide funding for the resolution, a cut should be made from the general budget.

With more media coverage and thanks to social media, animal rights and rights activists have found a louder voice to raise awareness on problems animals face in the country. Turkey prides itself on being the descendants of the Ottomans, whose humanitarian outreach extended even to wild animals. Yet stories of viciously killed stray cats and dogs have dominated headlines in recent years. Animal rights activists say laws are insufficient for proper punishment in such cases, and Parliament decided to set up a committee to investigate the matter.