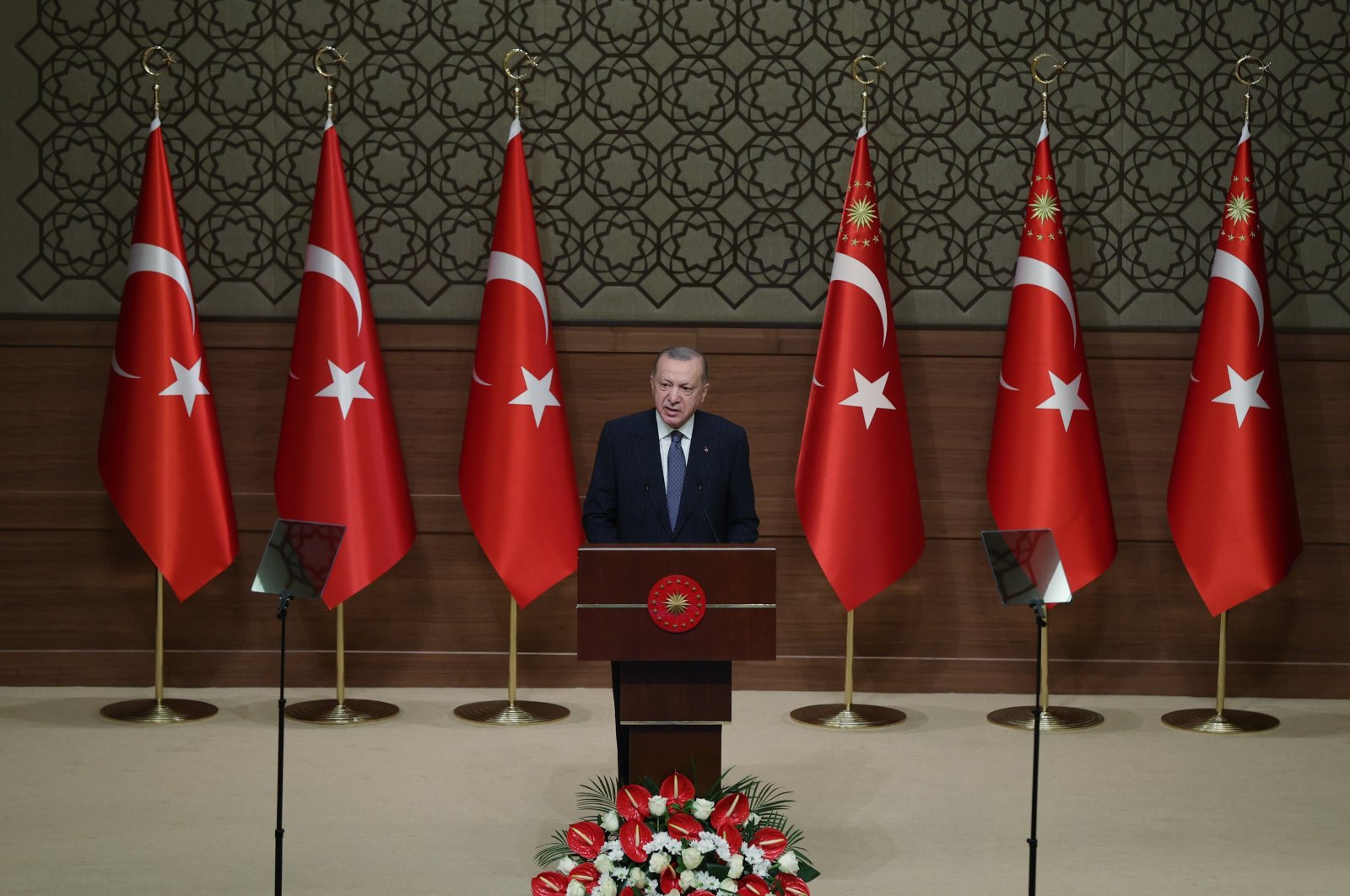 "We are preparing a water law in Parliament in order to reach our goals more quickly and prevent conflicts in water management," Erdoğan said in a speech given virtually to the opening ceremonies of five water-related projects in four cities.