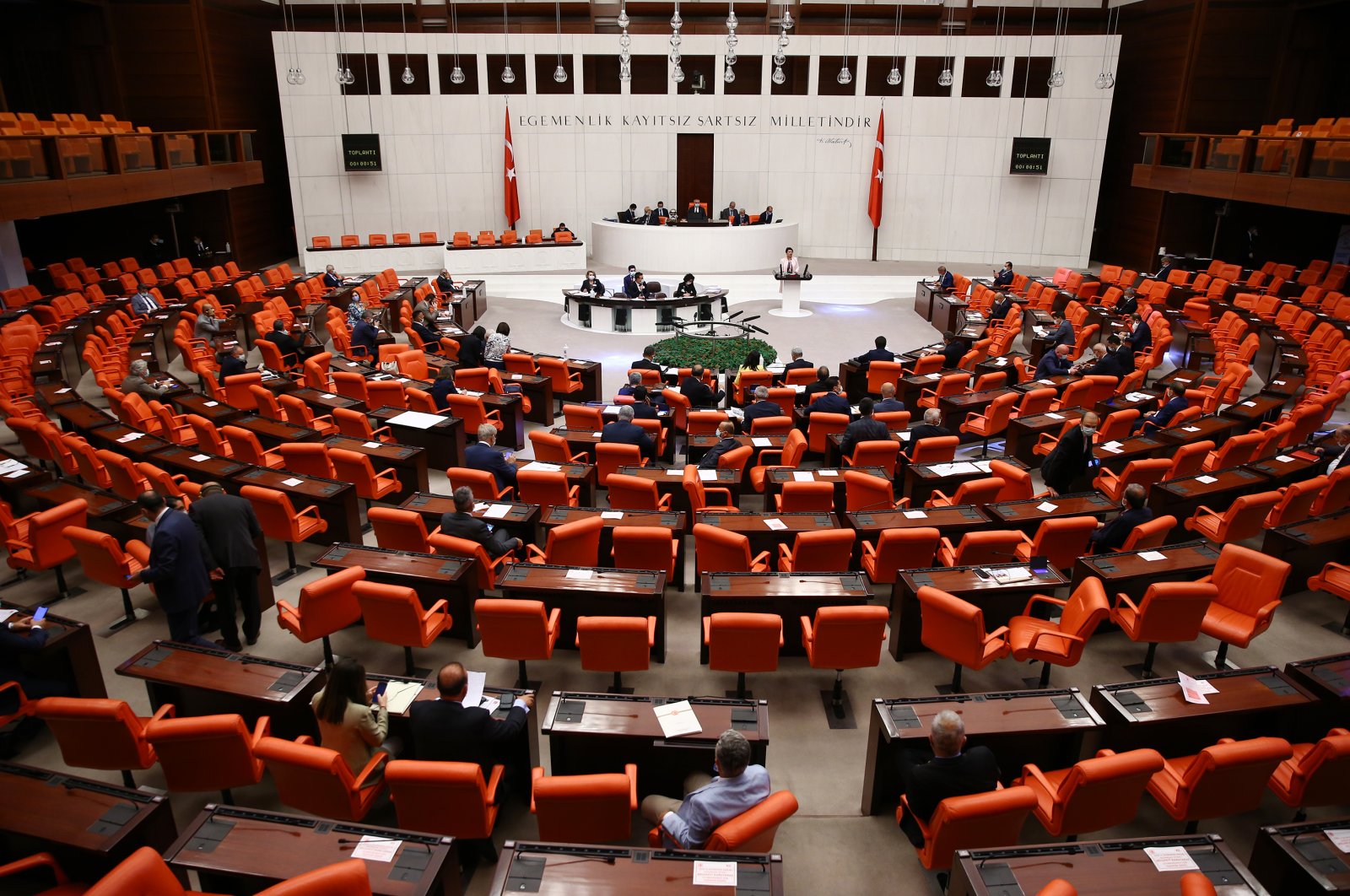 The General Assembly of the Grand National Assembly of Turkey on July 1, 2020 (AA Photo)
by DAILY SABAH WITH AGENCIES Jul 02, 2020 1:15 pm
RECOMMENDED

The report noted that similar examples used in Germany and France will be taken into consideration as reference. Germany introduced the Network Enforcement Act in 2017, obliging social networks to remove hate speech, set up an independent body to review and respond to reports of offensive content from the public, rather than the individual companies doing that themselves. Failure to remove such content within 24 hours means that the social media networks could face fines of up to 50 million euros ($56.4 million). Likewise, a provision requires platforms to send suspected criminal content directly to German police when reported by a user.

AK Party lawmakers noted that the regulations would aim to prevent fake accounts and will bring penalties for hate speech.

The draft legislation is expected to be reviewed by President Recep Tayyip Erdoğan soon.

“Channels, where lies, slander, personal rights attacks and reputation conspiracies are out of control, must be brought into order,” the president said Wednesday, referring to increasing defamation campaigns in Turkey toward politicians as well as ordinary people. His comments came after hate speech against Treasury and Finance Minister Berat Albayrak, his wife Esra Albayrak and their newborn surfaced on Twitter.

Reform of social media regulations had been on the government’s agenda for a long time, with AK Party politicians emphasizing the need for the protection of personal data and reputation.

What if your phone is hacked and you have your private photos stolen and published on Twitter or Facebook? Every citizen should be entitled to the protection of their reputation online. It is my duty to ensure all citizens can use social media efficiently and on moral ground. We are preparing a strong legal structure to ensure it. Legal regulations will help our nation to access rich and trustworthy online content,” Erdoğan said last week.

Presidential Communications Director Fahrettin Altun issued a statement shortly after Erdoğan’s remarks on Wednesday, saying that his words were taken out of context. Altun highlighted that the president had defended rights and freedoms against anti-democratic structures and ideologies. Altun noted that the regulations would strive to protect citizens from sexual exploitation, gambling, fraud, terror propaganda, hate speech and more while ensuring that social media platforms are held accountable and pay necessary taxes in the country.

In 2015, Twitter appointed a coordinator for Turkey while ignoring calls by Ankara to set up an office in the country.

Other social media giants have also been avoiding setting up permanent offices in Turkey to avoid paying taxes. For instance, Twitter alone generates $35 million a year in advertising revenue in Turkey, none of which is taxed locally.

Here are details of similar laws around the world:

Singapore's new law would require social media sites like Facebook to carry warnings on posts the government deems false and remove comments against the "public interest."

Singapore, which ranks 151 among 180 countries rated by the World Press Freedom Index, defines "public interests" as threats to its security, foreign relations, electoral integrity and public perception of the government and state institutions.

Violations could attract fines of up to 1 million Singaporean dollars ($737,500) and 10 years in prison.

In 2019, President Vladimir Putin signed into law tough new fines for Russians who spread what the authorities regard as fake news or who show "blatant disrespect" for the state online.

Critics have warned the law could aid state censorship, but lawmakers say it is needed to combat false news and abusive online comment.

Authorities may block websites that do not meet requests to remove inaccurate information. Individuals can be fined up to 400,000 roubles ($6,109.44) for circulating false information online that leads to a "mass violation of public order."

President Emmanuel Macron vowed to overhaul media laws to fight "fake news" on social media, despite criticism that the move was a risk to civil liberties.

Germany passed a law in 2018 for social media companies, such as Facebook and Twitter, to quickly remove hate speech.

Called NetzDG for short, the law is the most ambitious effort by a Western democracy to control what appears on social media. It will enforce online Germany’s tough curbs on hate speech, including pro-Nazi ideology, by giving sites a 24-hour deadline to remove banned content or face fines of up to 50 million euros.

Since it was adopted, however, German officials have said too much online content was being blocked and are weighing changes.

Malaysia's former government was among the first to adopt a law against fake news.

The measure was seen as a tool to fend off criticism over graft and mismanagement of funds by then Prime Minister Najib Razak, who now faces charges linked to a multibillion-dollar scandal at the state-owned fund, called 1Malaysia Development Berhad.

EU heads of state will urge governments to share information on threats via a new warning system, launched by the bloc's executive. They will also call for online platforms to do more to remove misleading or illegal content.

Union-level efforts have been limited by different election rules in each member nation and qualms over how vigorously regulators can tackle misleading content online.