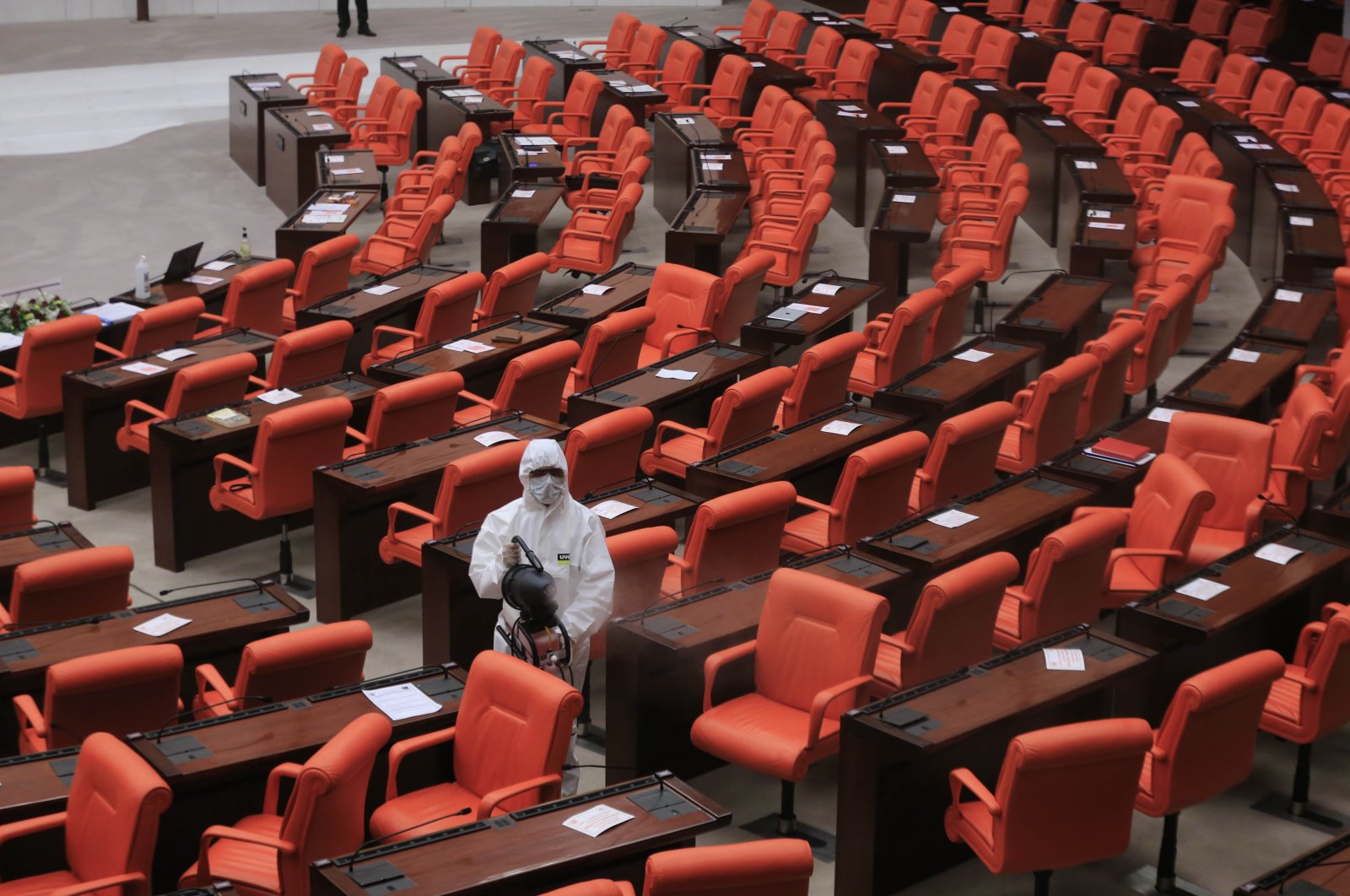 The Turkish Parliament suspended its General Assembly session on Tuesday after a lawmaker received a phone call saying that his recent COVID-19 test results came back positive. The news prompted extensive measures, including disinfecting the chamber, amid a nationwide surge in cases.

The Parliament’s Deputy Chair Celal Adan told lawmakers that everyone needed to leave the assembly as soon as possible to allow disinfecting crews to sanitize the area, Milliyet daily reported.

Some 102 lawmakers out of a total of 584 have tested positive in Parliament since the beginning of the pandemic.

Main opposition Republican People’s Party (CHP) deputy Ali Şeker argued that the government needs to start implementing a 14-day quarantine and introduce a lockdown not just on weekends but on a daily basis to prevent the spread of the virus.

Meanwhile, the Parliament’s health commission is planning to take new precautions, including closing restaurants and cafes in the Parliament compound and switching to delivery.

Mandatory testing on a regular basis is also on the table to prevent the spread of the virus.

Parliament may also go on a monthlong break after budget talks are over.

Infections continue to rise despite a wide range of measures, including a ban on visitors.

When the outbreak started in Turkey, Parliament barred visitors through March 31 as a precaution against the spread.

Parliament also will not accept any visitors for weekly parliamentary group meetings.

Turkey switched to a new phase in the fight against the pandemic in June, launching a "normalization" process by which most restrictions were lifted in lieu of regulations constituting a "new normal." Some of the restrictions – including a partial curfew and a ban on on-site dining at restaurants and cafes – have had to be reintroduced following a surge in the number of infections.