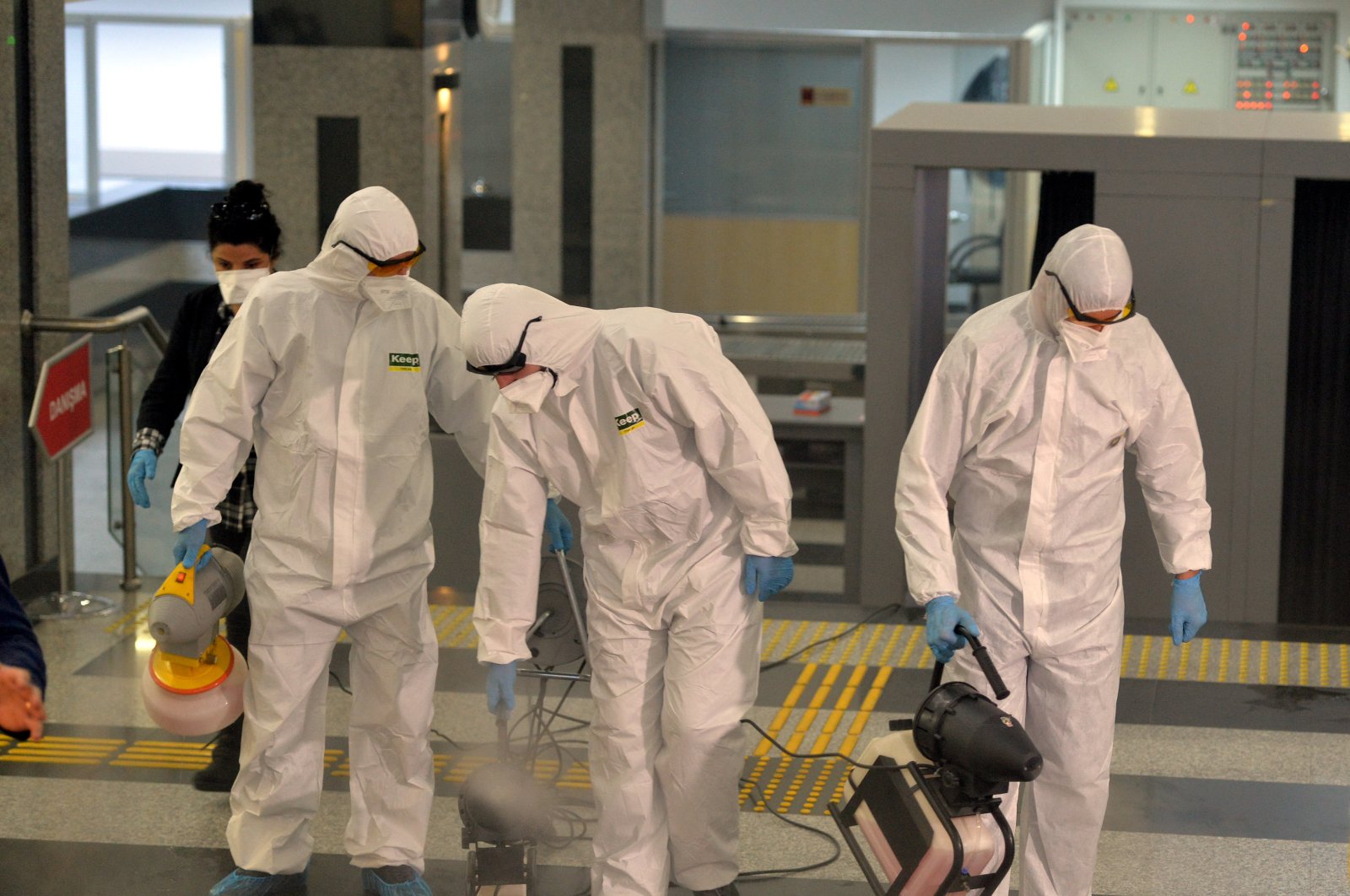 The Turkish Parliament has barred visitors through March 31 as a precaution against the spread of the coronavirus, the Parliament Speaker's Office said Friday.

"During this period, the work of Parliament will continue, and the parliamentary staff will carry out their duties," the statement said, adding that after March 31, the measure will be reevaluated.

It noted that Parliament will also not accept any visitors for the weekly parliamentary group meetings.

In addition, public servants' travel itineraries to foreign countries were canceled as a precaution against the coronavirus.
Separately, the ruling Justice and Development Party (AK Party) has preemptively canceled next week's parliamentary group meeting.

The AK Party also stopped the activities of its political academy.

Turkey this week confirmed its first two cases of COVID-19 – a man who traveled to Europe and later a person close to that man – amid advisories to take necessary measures to avoid spreading the virus.

After originating in Wuhan, China, last December, the novel coronavirus has spread to at least 114 countries.

This week the World Health Organization (WHO) declared the outbreak a pandemic.

President Recep Tayyip Erdoğan on Wednesday called on the public to heed the advice and instructions of public health authorities. Addressing an AK Party parliamentary group meeting, Erdoğan said they had taken timely measures against the virus, but full protection was not possible for “a virus that spreads so fast.” He said protection measures would remain in place and that he would preside over a meeting of the government on Thursday to discuss the matter. Erdoğan noted that cleanliness was of the utmost importance for protection and advised “greeting people from afar” instead of engaging in handshakes. “Turkey will overcome this challenge without any losses,” Erdoğan assured the public, but urged elderly citizens and people with health problems to stay away from crowded places “for a while.”