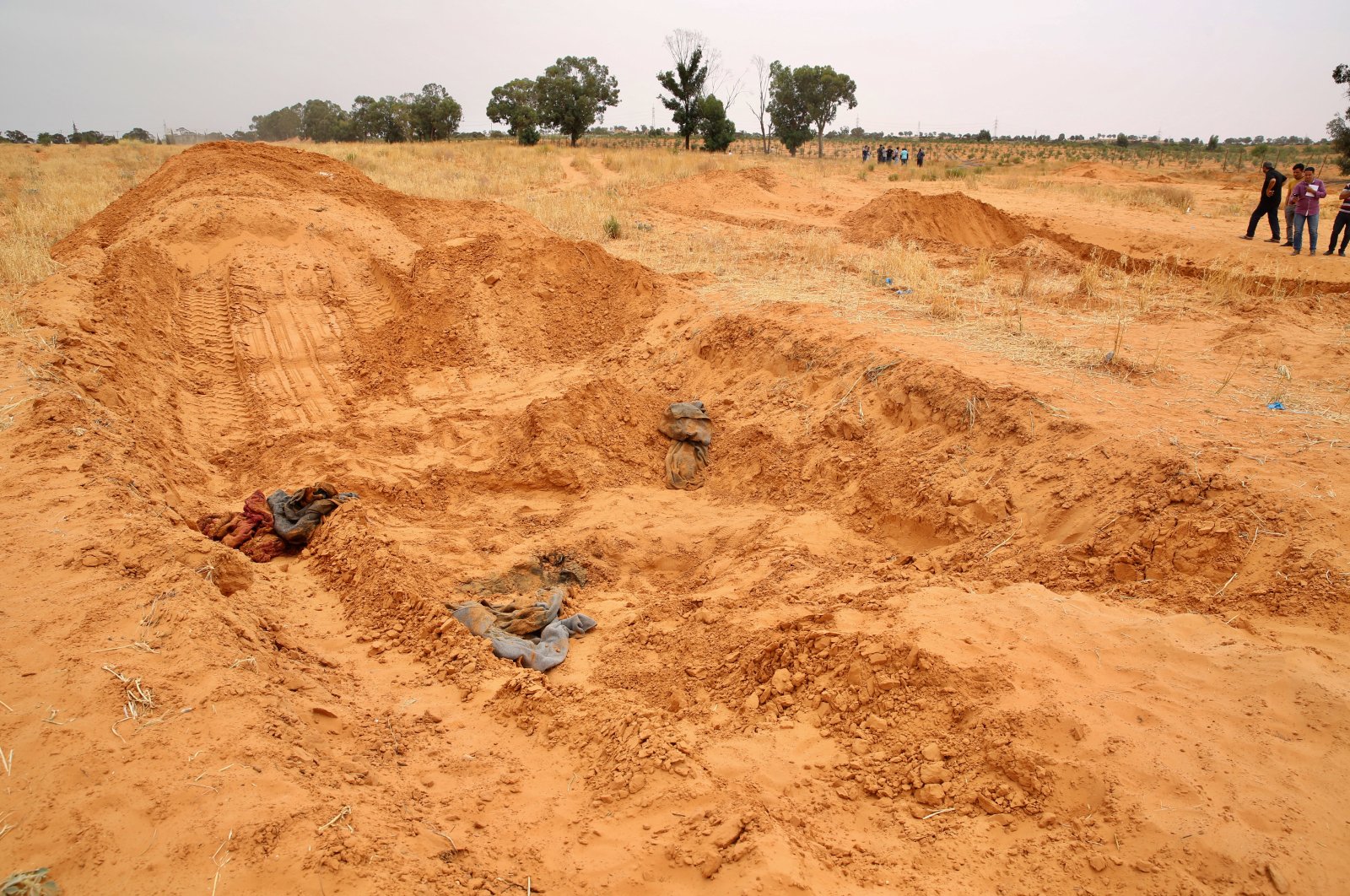 According to a written statement published by the Foreign Ministry on its Facebook account, Mohamed Siala sent a letter to the U.N. Security Council.

He said that they had found 11 mass graves, in which some people, including women and children, were buried alive, in Tarhuna, a city liberated from putschist Gen. Khalifa Haftar's militias on June 5.

Siala, in his letter, asked the Hague-based court to initiate the necessary steps to probe the crimes committed by Haftar's militias.

"The UN Security Council this time must adopt a determined stance against violations which were committed by Haftar's militias and could be counted as crimes against humanity," he said.

According to U.N. figures, eight mass graves have been found in Libya recently, mostly in Tarhuna.

The Libyan Army has recently inflicted heavy blows on the warlord and liberated Tripoli and Tarhuna from his militants.