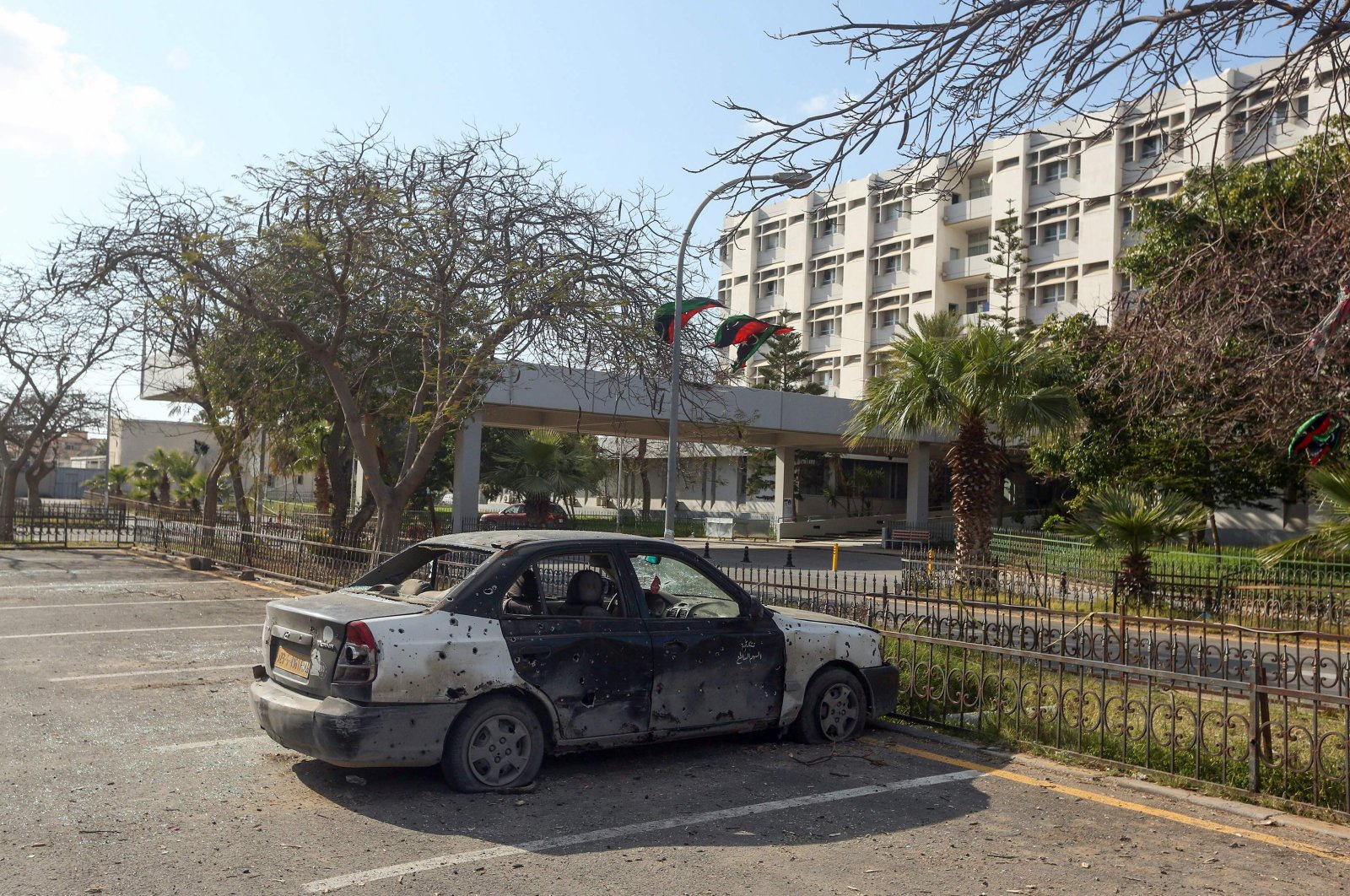 A burnt-out car is seen at the parking lot of Khadra General Hospital which is dedicated to treating people infected with coronavirus (COVID-19) in the Libyan capital Tripoli, Wednesday, April 8, 2020. (AFP)
by Anadolu Agency Apr 09, 2020 11:48 pm

One civilian was killed and six others injured in a rocket attack militias loyal to Libya's putschist Gen. Khalifa Haftar carried out in the eastern part of Tripoli Thursday, according to the Burkan al-Ghadab Operation (Volcano of Rage).

The media office of the group, established by Libya's U.N.-recognized Government of National Accord (GNA) to confront Haftar's aggression, said a foreign worker from Ghana was killed while two Libyans and four from Niger and Ghana were hurt when Haftar militias fired Grad rockets on the district of Ghout al-Rumman in Tajoura.

Libya's Health Ministry said Haftar militias earlier in the day targeted al-Khadra Hospital, a health facility designated to treat COVID-19 patients. Operations were stopped at the facility because it was targeted three times in the 24 hours prior.

The European Union said Wednesday's attack on medical facilities in Tripoli were unacceptable and must stop.

The North African country has reported 21 cases of the coronavirus and one death.

Since the ouster of late dictator Moammar Gadhafi in 2011, two seats of power have emerged in Libya: Haftar in eastern Libya, supported by Egypt and the United Arab Emirates, and the GNA in Tripoli, which enjoys UN and international recognition.

The GNA has been under attack by Haftar forces since last April, with more than 1,000 killed in the violence.