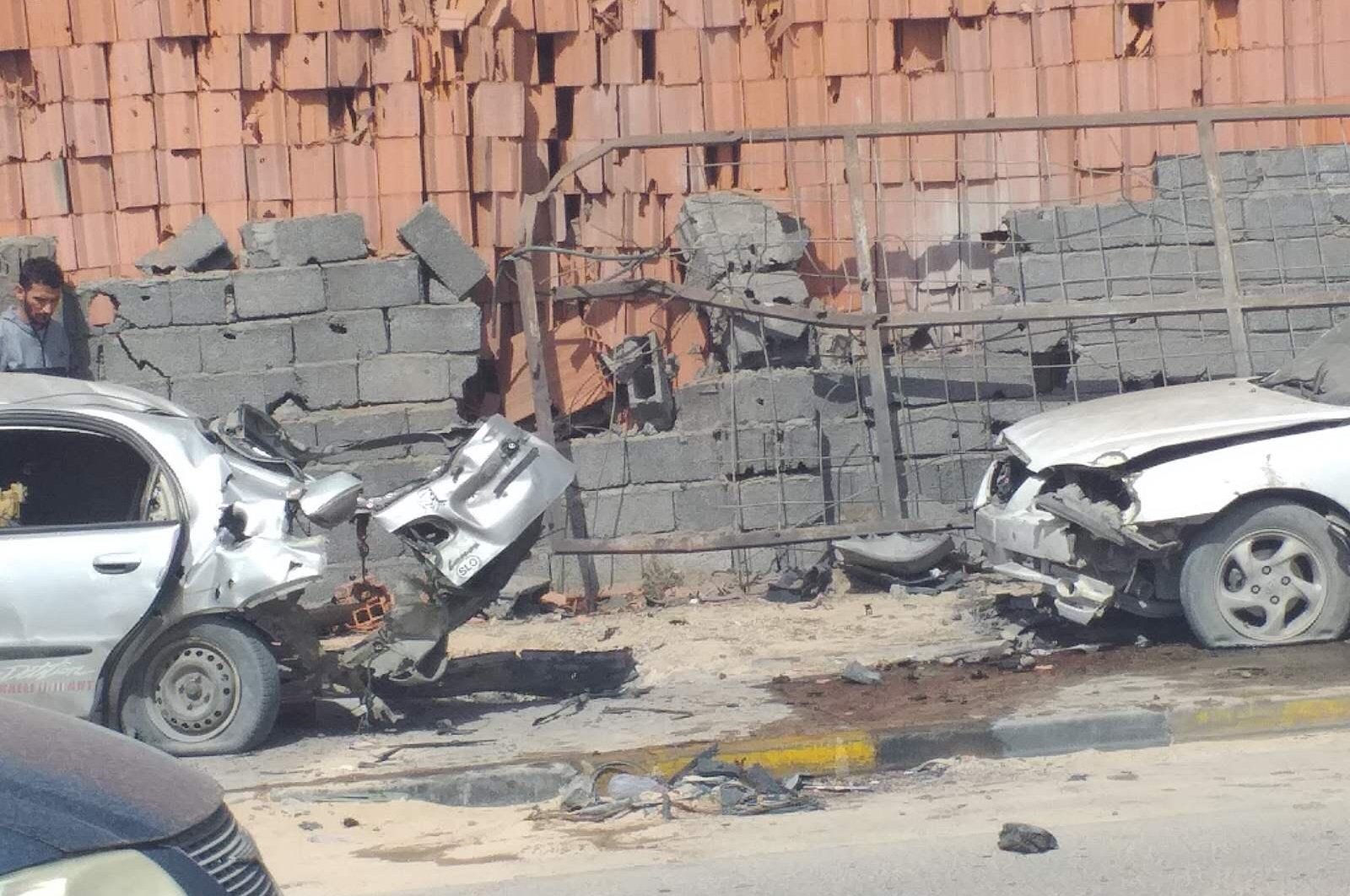 Five civilians were killed and six wounded since the announcement of the cease-fire, with the latest killing of the two foreigners in Mitiga Airport by a Haftar forces' attack, Monday, March 23, 2020. (AA)
by Anadolu Agency Mar 23, 2020 5:50 pm

Militias loyal to putschist Gen. Khalifa Haftar targeted Mitiga International Airport near Tripoli, the Government of National Accord (GNA) said in a statement on Monday.

"Five civilians were killed and six wounded since the deceptive announcement of Haftar's spokesman about a false cease-fire," said Mustafa al-Majei, spokesman for the GNA-led Burkan Al-Ghadab (Volcano of Rage) Operation.

"Militias targeted Mitiga International Airport with rockets, and the shelling was still going on," al-Majei said, noting that the airport has been closed for awhile due to Haftar forces' assaults.

On Saturday, Ahmed al-Mismari, spokesman for the Haftar militias, welcomed a humanitarian cease-fire proposed by the U.N. and European countries over the coronavirus.

Haftar militias, however, continue their attacks.

Since the ouster of late ruler Moammar Gadhafi in 2011, two seats of power have emerged in by Libya: Haftar in eastern Libya, supported mainly by Egypt and the United Arab Emirates, and the GNA in Tripoli, which enjoys U.N. and international recognition.