Libya has to be governed from 1 center, Libyan PM Sarraj says 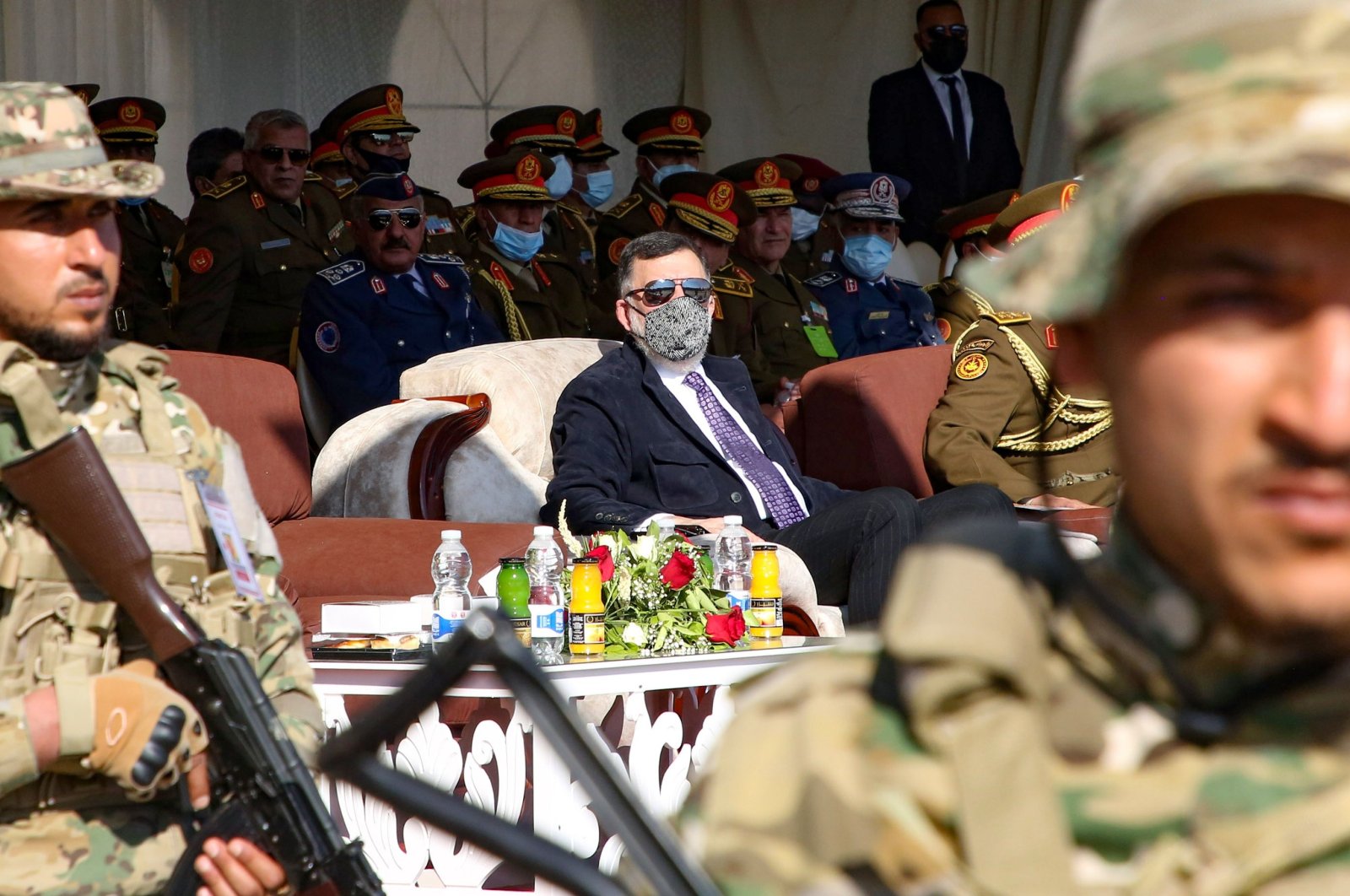 A single administration that controls all Libyan territory has to be established, Libyan Prime Minister Fayez Sarraj stated Thursday.

Speaking on TV to the country for its 69th independence anniversary, Sarraj said that the internationally recognized Government of National Accord (GNA) supports the idea of holding presidential and parliamentarian elections in December 2021 throughout Libya.

He added that the GNA has made a serious effort for the elections to be successful and asked the United Nations Support Mission in Libya (UNSMIL) for technical assistance.

Libya on Thursday celebrated its independence day with military parades held in the center of the capital Tripoli under tight security.

Sarraj and members of his Cabinet, all wearing masks due to the coronavirus pandemic, attended a midday parade of military and police forces.

The area was closed to traffic starting Wednesday with police vehicles deployed around the square. A stage was set up for speeches and patriotic songs to be performed before a fireworks display after nightfall.

The celebration of Libyan independence on Dec. 24, proclaimed by King Idriss in 1951, was removed from the official calendar for over 40 years under the Gadhafi regime and reinstated in 2012.

Gadhafi was overthrown and killed in a NATO-backed uprising in 2011.

Wracked by violence since then, the North African country has become a battleground for tribal militias, foreign powers and mercenaries as well as being a gateway for desperate migrants bound for Europe.

Two rival camps now vie for power, with an administration in the east backed by the forces of putschist Gen. Khalifa Haftar pitted against the U.N.-recognised GNA.

A cease-fire signed in October under the aegis of the U.N. and other respected stakeholders has allowed the rival parties to return to the negotiating table.