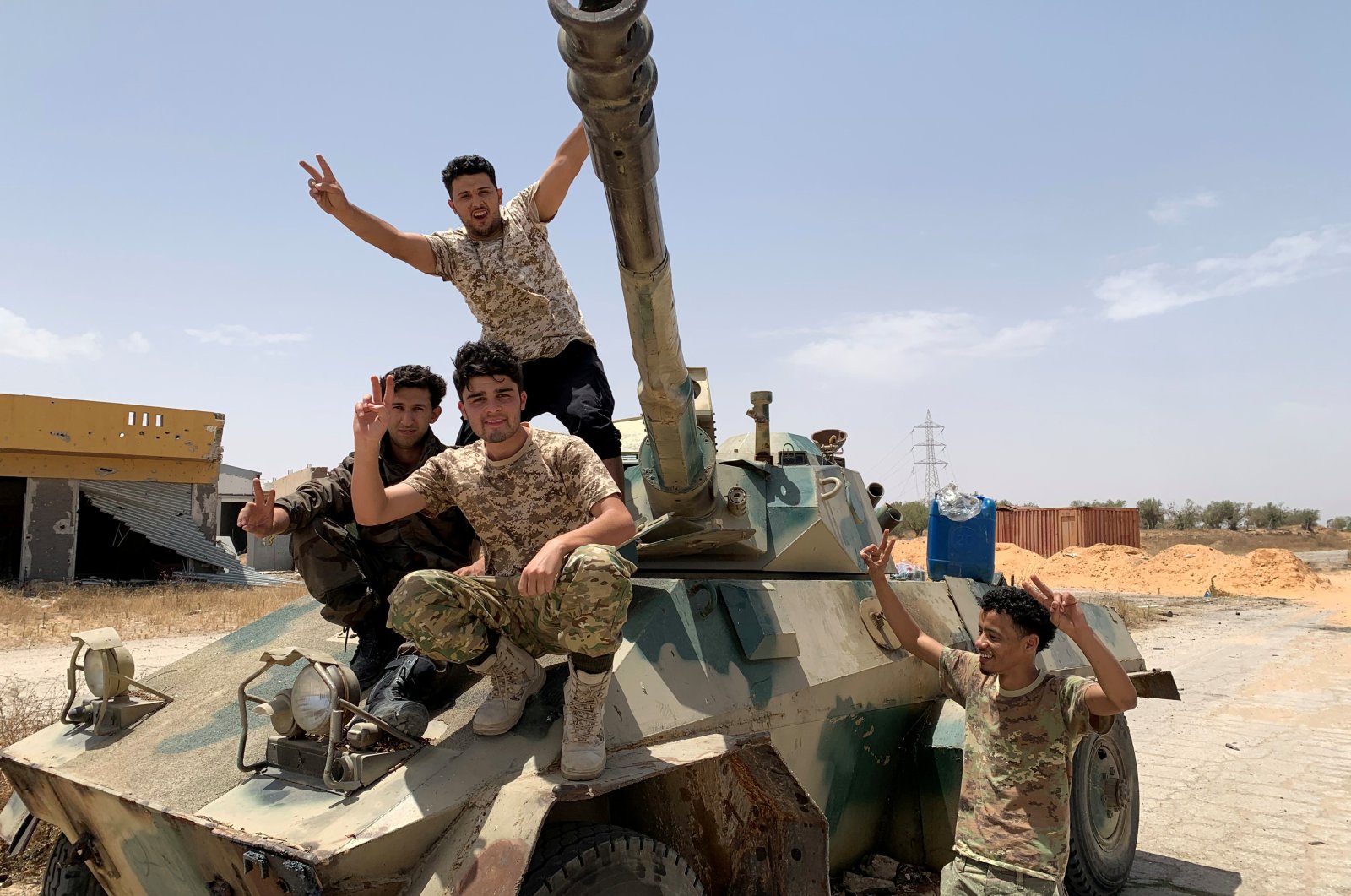 Libya's legitimate government reiterated that France has to take a clear stance against illegitimate forces loyal to putschist Gen. Khalifa Haftar instead of supporting them

"We hoped to hear from President Macron a position that states his rejection of Haftar's 14 months of aggression against Tripoli," said Libyan Foreign Minister Mohamed Taher Siala.

Siala made the comments in response to Monday's statements by Macron claiming the Turkish role in the Libyan crisis posed a "threat to Africa and Europe."

Ties between NATO allies France and Turkey have soured in recent weeks over Libya, northern Syria and drilling in the Eastern Mediterranean.

The Ankara-Paris tensions soared further this month when France denounced an "extremely aggressive" intervention by Turkish ships against a French Navy vessel participating in a NATO mission in the Mediterranean, a claim Ankara dismissed as "groundless."

Macron last week accused Turkey of playing a "dangerous game" in the north African country that could no longer be tolerated.

Turkey fired back the following day, saying it was "actually France which is playing a dangerous game in Libya" by supporting Haftar in his campaign to take Tripoli.

Macron denied backing the east-based forces led by Haftar, stressing France is in favor of finding a “political solution.”

“France supports a pirate, a coupist,” he added, pointing to the country’s support for Haftar.

Speaking to Daily Sabah, Anadolu Agency’s (AA) Libya correspondent Enes Canlı also said that France's support for Haftar is a fact that cannot be denied, especially during his offensive against Tripoli.

“When Macron said that France has not supported Haftar, he ridicules Libyan people’s minds and memories,” he said.

Canlı added that France has always recognized Haftar as a legitimate actor in various diplomatic initiatives and also declared its support at different times.

“Because the tide of the war has been reversed, France started to deny its support,” Canlı said. Turkey’s military support has shifted the advantage in the war and compelled Haftar’s forces to withdraw from much of the territory they had seized since starting their campaign to capture Tripoli in April last year.

Ankara supports Libya's U.N.-recognized Government of National Accord (GNA) in the conflict against Haftar’s illegitimate forces. Under a military pact with Libya signed last November, Turkey sent military advisers to assist in the battle against Haftar's forces.

Egypt, Russia and the United Arab Emirates (UAE) also back Haftar. Despite France denying that it backs Haftar, it has stopped short of rebuking his allies, especially the UAE, which has also been singled out by the U.N. for violating an arms embargo.

German Foreign Minister Heiko Maas Tuesday reiterated his desire to step up the pressure on countries that violate the arms embargo on Libya by naming them.

"You cannot refrain from naming these countries publicly in the long run. The willingness to do so is constantly growing in the EU," he said in an interview with the German Press Agency (DPA).

The European Union has launched a naval mission to monitor the U.N. arms embargo, which has been in place for nine years. Satellite surveillance allows weapons deliveries to be followed but so far they have not been stopped.

Germany has played a moderating role in efforts to resolve the conflict, having hosted an international summit in Berlin in January.

Several world leaders agreed at that meeting to uphold the long-flouted arms embargo, but little change has been seen in practice.