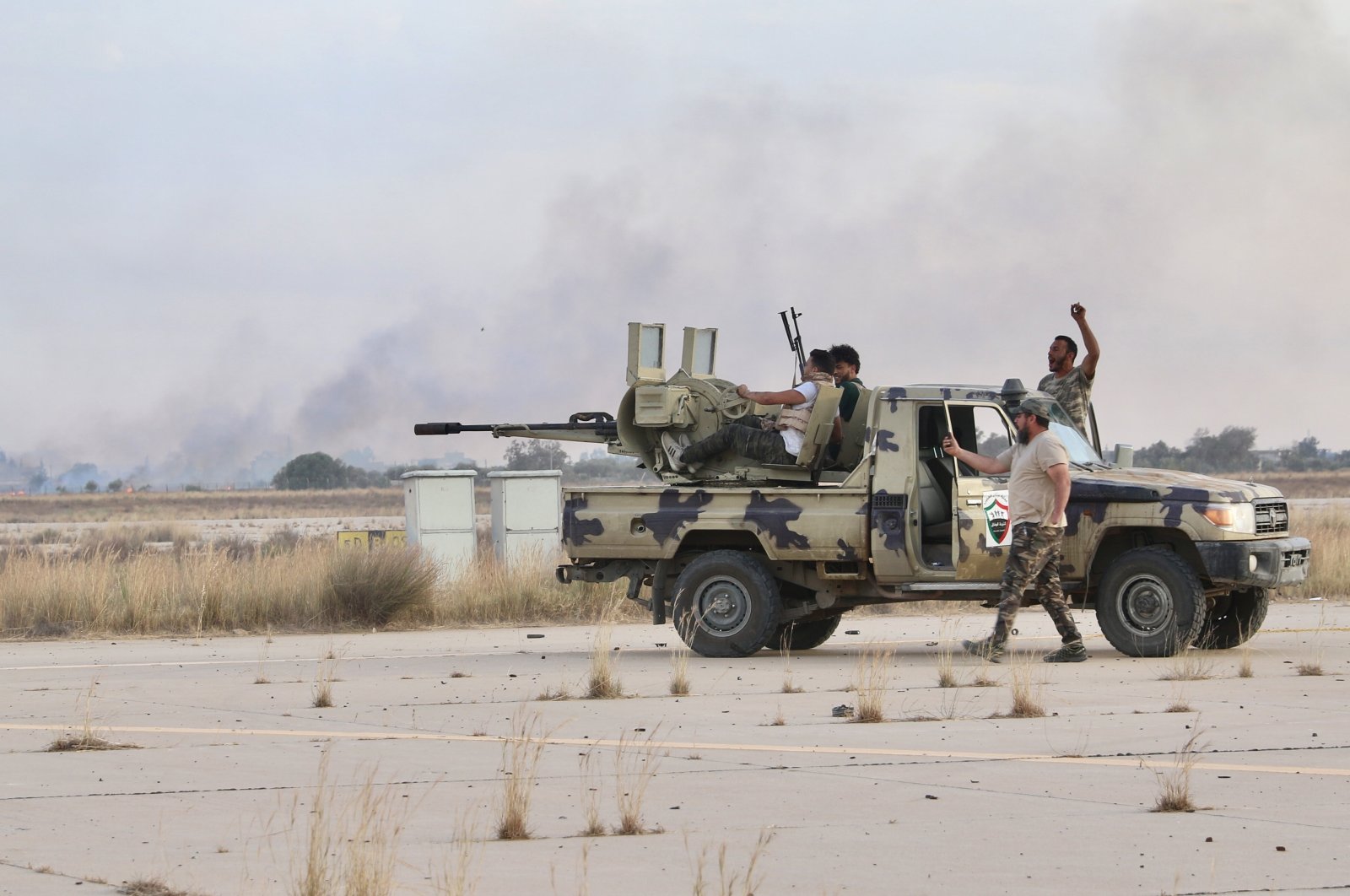 The Libyan Army has approached the putschist-held city of Sirte and will take control soon, an official said Tuesday, adding that the government will start holding talks after liberating the area.

Brigadier Gen. Ibrahim Ahmad Baytulmal, who is the commander in charge of the Sirte-Juffra Joint Operations Unit said in a written statement that they are about to seize control of the city very soon.

He urged civilians to stay away from areas where clashes are taking place between the Libyan Army and the forces of putschist Gen. Khalifa Haftar.

Libya's internationally recognized Government of National Accord (GNA) will be open to negotiations with warlord Haftar in the country's east after it liberates the coastal city of Sirte and the central Juffra region, home to a strategic military air base, according to the country's Interior Minister, Fathi Bashagha.

Sirte has a symbolic value for the legitimate Libyan government because its forces played an active role in the U.S.-led operation which retook the city from the Daesh terrorist group in 2016, Bashagha told Bloomberg in an interview published Sunday.

Bashagha underlined that the operation against Daesh cost them "more than 718 dead youths."

"We will not allow Sirte to be under any authority except the legitimate authority of the Government of National Accord," Bloomberg quoted Bashagha as saying, using another name for the Libyan government.

"We need to prevent Russia from setting up bases in Sirte and Juffra," he added.

A political initiative was agreed to on Saturday by Egypt's President Abdel-Fattah el-Sissi with Aquila Saleh, the speaker of Libya's Tobruk-based parliament, and Haftar.

Neither the members of GNA nor their international allies were present at the Cairo conference.

Only Russia showed support for the declaration.

The Libyan Army has made significant military gains against Haftar's militias in recent days, capturing the town of Wadi Wishka and two other areas south of Sirte.

On Saturday, the army launched a military operation to liberate cities of eastern and central Libya from Haftar's militias, one day after capturing the strategic city of Tarhuna – the last stronghold of Haftar in western Libya.

The advance extends the control of the GNA and allied forces across most of northwest Libya, reversing many of Haftar's gains from last year when he raced toward Tripoli.

GNA has been under attack by Haftar's forces since April 2019, with more than 1,000 killed in the violence.

NOC added in a statement that it had told employees not to obey the order regarding the field operations.

The statement did not specify which group the "armed force" belonged to.

The Hamada pipeline running from Libya's Sharara oil field has been reopened, the Petroleum Facilities Guards said in a short statement on Friday, after it was closed during a blockade on oil exports.

After liberating Tarhuna, the Libyan Army had noted that they aim to head toward Sirte, Jufra and the oil fields in the south.

On a different note, video footage released by the Libyan Army showed military officers from the United Arab Emirates training forces loyal to Haftar in Libya to use Russian-made air defense systems.

The three-minute clip shows the officers guiding Haftar's fighters on how to use Pantsir-S1 air defense systems.

"The footage proves ... that Emirati officers were supervising the air defense systems and drones to strike Tripoli and Libyans," the Libyan Army said in a statement.

In December, the government-led Burkan Al-Ghadab (Volcano of Rage) Operation released confessions of a pro-Haftar officer, who admitted that the UAE was supervising the warlord's air defense systems.

Recently on Saturday, armed drones belonging to the UAE and supporting Haftar attacked a hospital southeast of Misrata city.

Haftar is supported by neighboring Egypt, the UAE and Russia. The UAE has also spent a fortune supporting Haftar, despite his failures. Although there has been an international arms embargo on the war-torn country in place since 2011, the Persian Gulf nation has been continually looking for ways to get heavy and strategic weapons to Haftar and his forces in eastern Libya to overthrow the government since 2014.