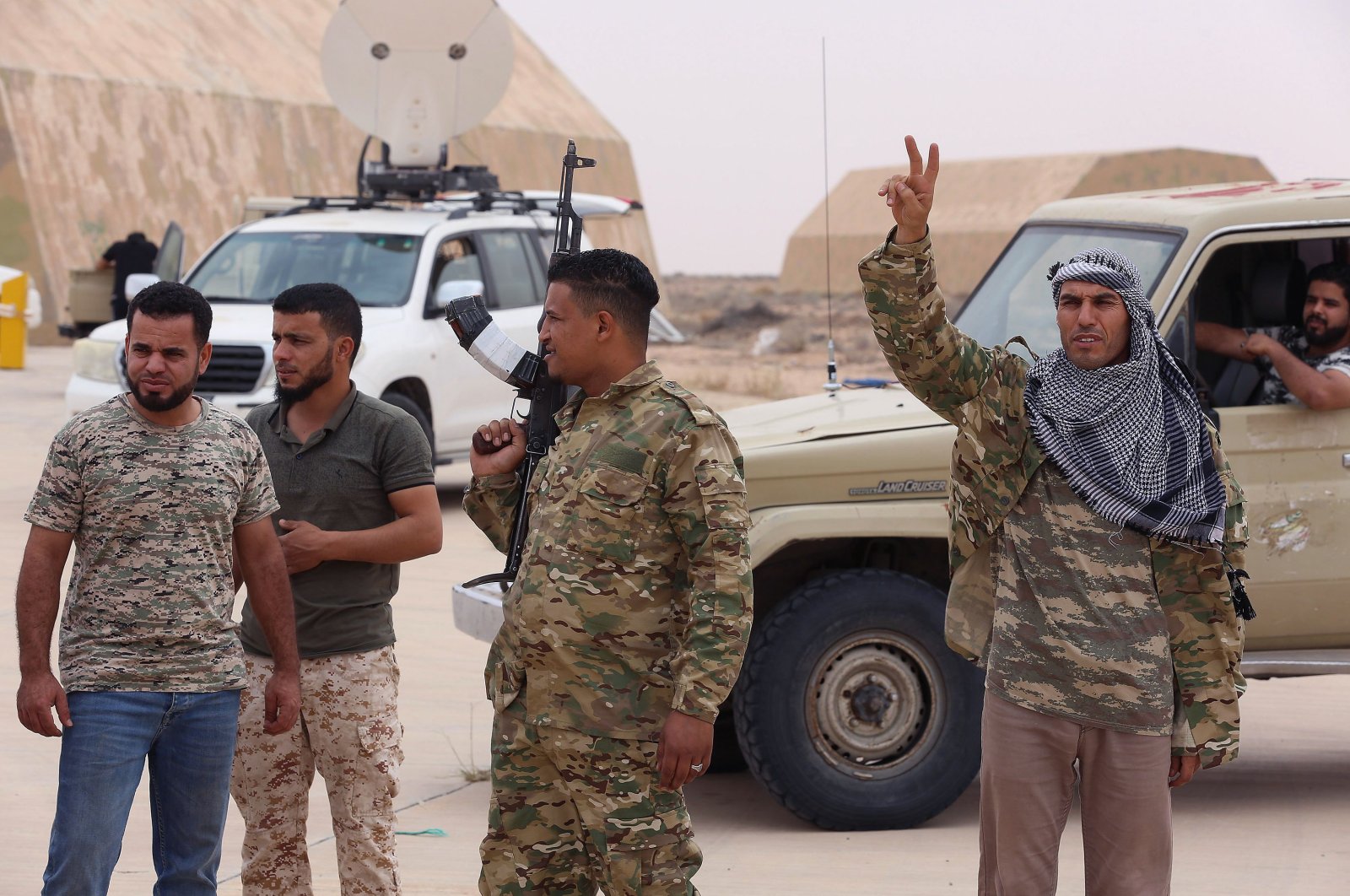 Fighters loyal to Libya's UN-recognised Government of National Accord (GNA) stand outside a hangar at Al-Watiya airbase, which they seized control of, southwest of the capital Tripoli, May 18, 2020. (AFP)
by Anadolu Agency May 21, 2020 4:07 pm

Libya's Al-Ahrar TV channel cited an unnamed military source as saying the army launched an attack on the remnants of Haftar's militias, who had escaped from the al-Watiya air base.

On Wednesday, the Libyan Army said it was making progress toward liberating the town, located 100 kilometers (62 miles) from the capital Tripoli, from Haftar's militia.

Local tribes in al-Asaba announced their support for the United Nations-recognized Libyan government on the same day.

Libya's army on Monday retook the al-Watiya air base, a key facility now back under government control after some six years under the forces of Haftar.

Following the ouster of late dictator Moammar Gadhafi in 2011, Libya's government was founded in 2015 under a U.N.-led political deal.